Visualizing a Socorro County where 100 percent of residents have access to vital services like job training, parental support, and youth mentoring, was the goal of a summit organized by the 100% New Mexico Initiative.

New Mexico Tech President Stephen G. Wells welcomed participants to the summit and detailed how the university is working collaboratively with Socorro Schools to build stronger connections that will benefit students and the community.

“We know so much of the harm caused by sustained childhood trauma manifests psychologically,” said Wells. “It can do incredible damage that so often diminishes a young person’s capacity for belief in their own future. At New Mexico Tech, we believe an essential ingredient in the treatment of that sort of insidious harm is to offer visible, attainable paths to future success and safety for young people.”

Summit speakers, including John Kutinac and Roberto Martinez from the New Mexico Department of Health’s Public Health Division, provided summit attendees with statistics on health challenges Socorro County residents face. Frances Fuller, a social worker with Socorro Consolidated Schools, led participants through an interactive exercise in which they mapped both community assets and gaps in a number of sectors, including education, health care, and housing, to better focus future efforts.

New Mexico State Sen. Crystal Diamond of Elephant Butte said that despite a state surplus, more can be done to improve access to services, especially for children.

“More money doesn’t always result in better outcomes,” said Diamond. “We are working in silos in which we don’t communicate.”

Sen. Diamond encouraged attendees to focus on doing what they can to build connections and improve communications.

“This room is a room of world changers,” she said. “The fact that you are here is your investment in your community.”

Sharon Sessions, New Mexico Tech physics professor, outreach director, and one of the summit’s organizers, urged participants to build on the day’s discussion of possible solutions to challenges affecting the state and Socorro community for generations.

“Visualization is the power of knowing where you want to go,” she said. “What’s it going to take to pull together small efforts into one collaboration?”

Summit attendees concluded the conference by reporting out ideas for improving Socorro County residents’ access to services, such as creating a central repository of information about support services and a convenient way to access it, creating more flexible public transportation options and providing incentives for parents to participate in continuing parent education seminars.

The Chapin Hall Research Team at the University of Chicago is collecting feedback from the 100% Socorro Summit participants for an evaluation of the efforts underway throughout the state for the 100% New Mexico initiative. In addition to the summit, Dr. Sessions said that the 100% Socorro Initiative is conducting a countywide survey of residents, including New Mexico Tech students, to better inform the initiative’s direction. 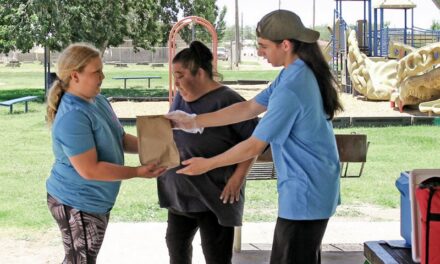 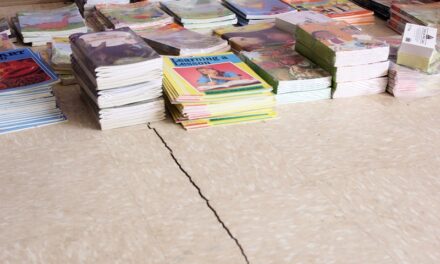 The future for Zimmerly Elementary is still an unknown 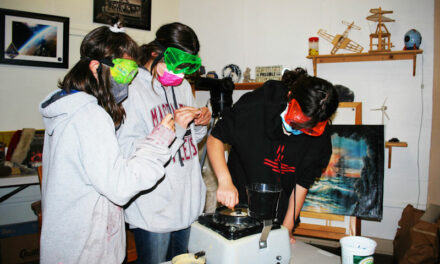