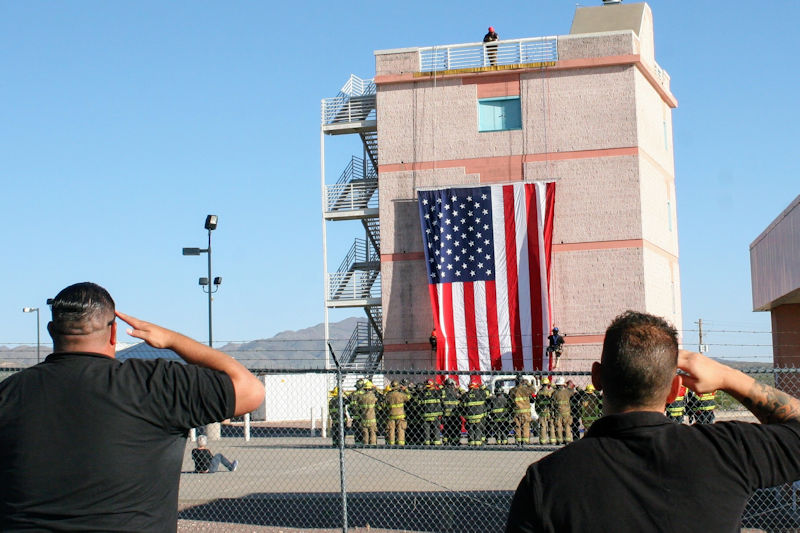 This Saturday marks 20 years since the attacks on the World Trade Center and the Pentagon. To honor the sacrifices made by first responders and honor those who lost their lives, a short ceremony will be held at Isidro Baca Veterans Park at 11 a.m. on Saturday.

On Sept. 11, 2001, nineteen terrorists associated with the Islamic extremist group al-Qaeda hijacked four commercial airplanes scheduled to fly from the East Coast to California. In the coordinated attack that turned the planes into weapons, the terrorists intentionally flew two of the planes into the Twin Towers of the World Trade Center in New York City, causing the buildings to collapse. Terrorists also flew a third plane into the Pentagon, the headquarters of the U.S. Department of Defense, in Arlington, Virginia.

On a fourth plane, passengers and crew members launched a counterattack forcing the hijacker pilot who was flying the airplane toward Washington, D.C. to crash the plane into a field in Pennsylvania near the town of Shanksville.

The 9/11 attacks killed 2,977 people. This was the single largest loss of life resulting from a foreign attack on American soil.

The attacks also caused the deaths of 441 first responders, the greatest loss of emergency responders on a single day in American history.

“The resolve of our great nation is being tested,” President George W. Bush said that morning. “But make no mistake. We will show the world that we will pass this test.”

The events of that day are still fresh in the minds of New Mexicans, even after two decades.

The first he knew about it was in a phone call from a friend in New York.

“I got a call. I had a friend, a doctor in New York City, and he had seen it from his balcony,” Zimmerly said. “The first thing he said was, ‘turn on the news.’ I started watching right away and thinking it was an accident at first. Was this just an accident?”

When he saw the second tower hit he knew it wasn’t an accident.

“I was saying, ‘Oh my god.’ What are we in for? What is happening?” he said. “It was the first time I remember just being glued to the TV since my Sophomore year with the Kennedy assassination.

“This was kind of that same situation. Glued to the TV,” Zimmerly said.

At the same time, Gail Armstrong was in Albuquerque with her kids and husband, Dale.

“I was at the New Mexico State Fair in the sheep barn getting ready to show lambs,” Armstrong said. “We had televisions going and I grabbed my kids to go. The FFA teacher told us she would take care of the animals. ‘Just go home,’ she said. I just wanted to be home at our ranch with my family and my kids, they were all little at the time. It was scary.”

On the way back to Magdalena, the Armstrongs stopped to buy food and any supplies they might need.

“We were in complete shock. And you know, we didn’t know what was happening. I decided to make sure we had yeast, flour, sugar, beans. In case everything shut down,” Armstrong said. “I couldn’t believe what I was seeing and never thought I would live to see something like that.

“At first we didn’t know what the whole story was. It took a while for it to come out, but I knew something terrible was happening in the United States of America and I wanted to protect my family,” she said. “We said a lot of prayers. People were dying. First responders were trying to save people.”

She said that once home “the weirdest part was being at the ranch and having no planes fly over. Just total silence. I remember that vividly because there are usually a lot of jets flying overhead. There were no contrails in the sky and it was silence in the air. I’ll never forget that sense of silence.”

In Magdalena, Leslie Clark and her husband Clay were doing some early work on their feed store before school started.

“We had the TV turned on to the morning news and that’s how we learned that the planes hit the towers. At first, I just didn’t realize how many people had died, and I think probably almost everybody felt like that our country was at war. Like the fight was on,” Leslie Clark said. “Clay’s brother had joined the Army about a week before September 11 and we didn’t know if this was going to be the last time we saw him, or what was going to happen. We were not sure. Later, he was among the first force that went into Baghdad.”

She said once at school, class time at Magdalena Schools was spent talking with students.

“The rest of the day at school, we didn’t do any lessons. We just watched the news and we talked with the kids about it, how to handle that, trying to process everything,” she said. “Emotionally, it was a big deal. The idea that we might be fighting on our own soil. That was pretty scary.”

Clark said as the day went on she was troubled by the attitude of a small number of students.

“I remember a few of the kids making sarcastic comments. Some students were not very reverent of the situation and that was a little bit hard to manage. Others were struggling with it and didn’t know what to say. But at least we had each other and were supportive of each other,” she said.

In 2001, Socorro County Manager Michael Hawkes was Commander of New Mexico State Police District 11 in Socorro, but on the morning of September 11, he was in Farmington.

“We were having a Commanders’ meeting with all the captains and upper echelon brass, including the State Police Chief and Department of Public Safety Secretary,” Hawkes said. “That morning I was in the hotel in Farmington and I was staying with another Captain, Carlos Maldonado. He was getting ready and I had gone down to the lobby to get a cup of coffee.”

He had just returned when he saw the news flash: Airplane hits World Trade Center.

“I’m thinking, holy crap. What the heck? And I yelled out, ‘Carlos, a plane just hit the World Trade Center,'” Hawkes said. “That doesn’t happen. How in the world could that happen? And I’m telling him, something’s wrong, something’s up. That just does not happen. There’s no way with air traffic control and pilot warnings.

“Then, the second one hit, and I thought, that’s a terrorist attack. So, we got downstairs and I’m watching it in the lobby now, waiting for our meeting. And to see if we’re still going to have our meeting because it’s usually like a two-and-a-half-day event.”

Then the next one hits the Pentagon.

“When that one hit, our meeting got called off,” he said. “They were starting to ground all aircraft and we didn’t know if it was a multi-pronged attack and they would start hitting cities. So we canceled our meeting and headed back to our respective districts. During all that time was when the other one went down in the field.”

Back in Socorro on Memory Lane, Gordy Hicks had just begun his work for the day.

“I just opened the shop and Mama called me and said come watch the TV. You won’t believe what just happened,” he said. “So, I went back to the house and seen that the first tower fell. Oh, I mean, a chill up and down my back to think that that many people were being killed by terrorists. I remember thinking who would ever think of someone running a plane into the Trade Center and killing people that way. It’s just a sick person that comes up with that.”

Hicks said that thought was contrasted by a sense of pride he felt by the actions of passengers and crew of Flight 93.

“I mean, the towers falling was bad, but then when you saw that some gave their lives to save the Pentagon. They probably didn’t know what they were saving, but they knew they had to take it down before they were going to do damage. It just made me feel proud that we have Americans that would do that,” he said. “I was so proud of them, and you talk about a hero. It’s what heroes do.

“My dad’s generation remembered Pearl Harbor and we will remember 9/11 for the rest of our lives,” Hicks said.

To commemorate all those who lost their lives on that day, a short but respectful ceremony will be held Saturday at 11 a.m. in Isidro Baca Veterans Park.

Co-organizer Peter Romero said, “We couldn’t let this 20th anniversary go by without recognizing the victims,” he said. “It’s an important day, a tragic day, in the history of our country. We need to honor and respect the victims and their families and first responders for all they have done for us and remember the lives lost that day.”

He said Dave Finley and Sheriff William Armijo will be in attendance with members of the Civil Air Patrol.

Romero encourages everyone to attend.

“We will do it in a very respectful way,” he said. 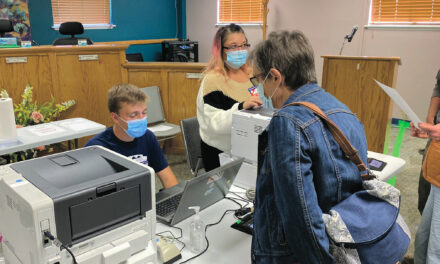