A night full of sports 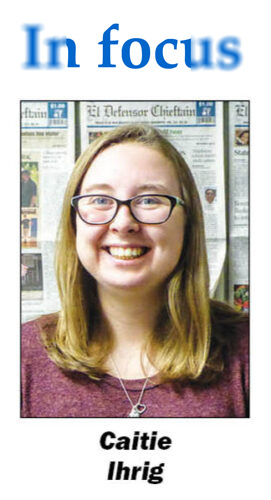 The Olympics have begun.

Cathy and I had a great plan for Friday night — watch the opening ceremony, go on a walk to the playground and then watch Ted Lasso.

Well… it started to rain so the walk to the playground never happened.

The last time we went to a playground, we went to the spider web at Sedillo Park where Cathy was super excited to climb the “climby thing.”

This time I was just looking forward to swinging, but that will have to wait until we feel up to go on an almost four mile walk or we leave early enough to be able to go that far before it gets dark or starts to rain.

Anyways… I called in our order to Yo Mama’s — as we both wanted to indulge in juicy hamburgers and French fries — and then Cathy picked it up and headed over to my house.

The opening ceremony was just beginning when she arrived.

We opened our food and bottles of Diet Snapple and turned our attention to the TV.

Cathy has never watched the Olympics before or the opening ceremony so she wasn’t too sure what to expect.

Cathy couldn’t stop laughing when the performances were happening and the commentators were commentating as if it was a sports event. She said how the performances should speak for themselves and people should be able to interpret them as they wish instead of being told exactly what they are supposed to mean.

Then it was time for each country to walk into the arena.

We spent the whole time commenting on each outfit.

There were a lot of pretty dresses and some that were quite elaborate.

It amazed Cathy how some countries were in business wear while others showed up in tracksuits. She mentioned how the outfits for Team USA looked “very preppy” and then she said it made sense once I explained to her that Polo Ralph Lauren designs their uniform.

We decided that Croatia’s were the most relaxed out of all the nations, as it looked like they were all wearing swimsuit coverups.

Both of us liked the outfits that were various shades of blue or really embodied the country’s culture.

After the Parade of Nations, we switched it to Ted Lasso.

We still had to finish season one, but we only had the series finale left to go before we could start season two as it premiered on Friday.

It was great seeing Cathy’s range of emotions during the season finale, especially the heartbreak at the end of the episode when the team lost and was sent down to a lower league.

We then watched the first episode of season two and it started in a way we both never saw coming.

It left us both in shock and not sure if we should be laughing or not. I think we both had to laugh just to get through what we had seen and how absurd it was.

The episode was definitely a way to make us wonder what will be coming the rest of the season.

After watching a few previews for the rest of the season, it looks like Roy will be coming back in episode two and the season ends with a Christmas episode.

There were a lot of laughs during the previews, so it looks like it will be another great season.

It’s looking like Friday’s from now on — if we are both free — will be spent going on walks and watching the new episode of Ted Lasso, a show that everyone should 100 percent watch.

Letter to the Editor: Giving Tree

Layin’ It On The Line: What is a prohibited investment in an IRA?