Home » Sports » A welcome back win for Warriors 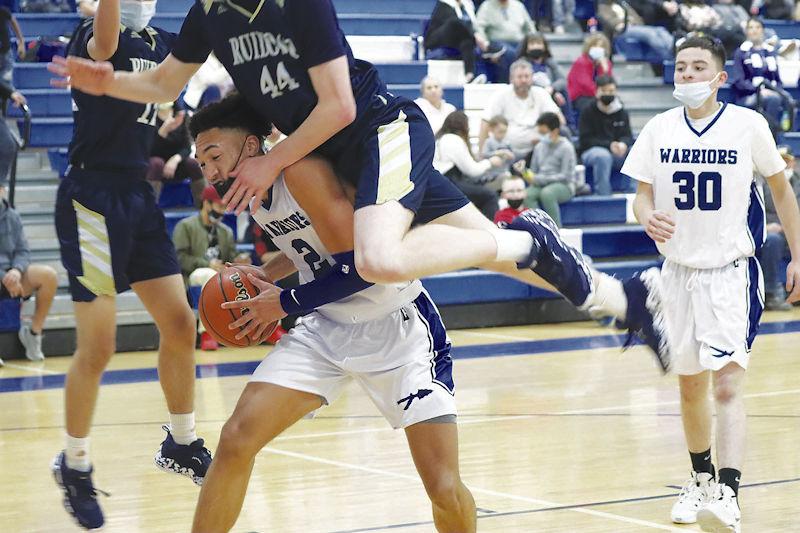 Sophomore Jacob Robinson would not stop at the rim. Ruidoso had no answer as soon as he had the ball in his hands going up for a bucket.
Greg Byrd | El Defensor Chieftain photos

After having their game the previous week cancelled due to COVID, the Warriors were able to hit the court again against, well, the Warriors. The Ruidoso Warriors came to Socorro for a Jan. 25 evening meeting. It wasn’t pretty, with players from both sides scraping at the rim, but Socorro was able to come out with a win 59-47.

“We were rusty because we didn’t play last week,” head coach J.J. Griego said. “You could tell we were having trouble getting up and down the court, especially in the third quarter. The other piece of it is that we’re to limit practices again because of COVID. We just want to try and do everything to make sure these kids can play.”

The night started with the standard JV showdown between the schools. It was clear the younger Socorro players were much more physical than the visiting team. Sophomore Fernando Torres was the Warriors’ driving force, setting the tone on both sides of the floor, playing so hard he fouled out late in the fourth. It did not matter as Socorro won 33-27.

Once the game was over, the onlooking varsity squads hit the lockers to prepare for the main event. Ruidoso head coach Mike Trujillo came out and was spending pregame analyzing the Socorro team practicing and left shooting drills for Ruidoso to his assistant coaches. 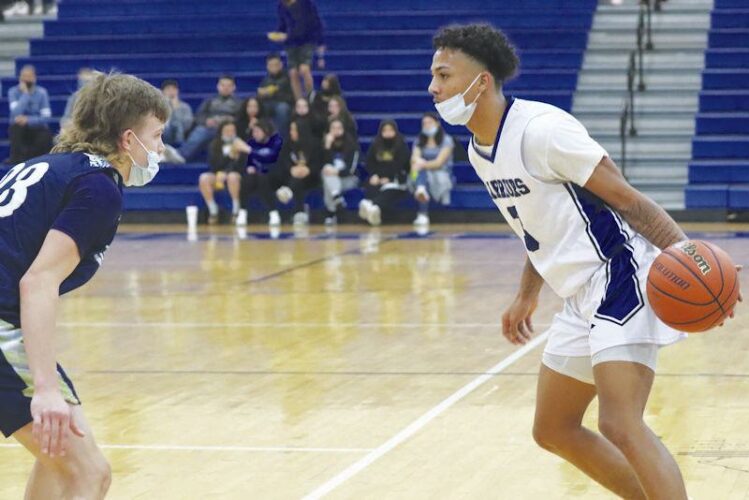 Duda Jackson making a play against his Warriors opponent. The Warriors were excited to hit the floor once again.

“We’ve been looking good then COVID hit us again,” he said. “We were heading right towards where we needed to be and now it’s unsure. We have some positive things and we’re going to fight tonight. But watching this Socorro team, it’s clear they are very athletic. It’s a good program and we’re looking forward to this test.”

Off the opening tip, Socorro scored instantly with an easy bucket from junior Damien Greenwood. Senior Duda Jackson then hit a big three that ignited the crowd. The student section then looked up the opposing team’s names online and began to “root” for them by name to psyche them out. It was 21-12 after one

The second quarter had two key moments. Duda had a slam and then a three on back-to-back plays. On the defensive end, sophomore Jacob Robinson, one of the tallest players on the court, had two monster blocks in the paint, telling the visiting team this is their house.

“I was disappointed about our laziness in this game,” Robinson said. “But those two blocks felt great. I was just thinking about elevating. Plays like that and hearing the crowd cheer gets me motivated but more importantly it helps get our team going.”

Shortly after those big plays Robinson had a rough collision with Ruidoso senior Jameson Morgan who had to be taken to the locker room as he was bleeding above the nose. He would return. Ruidoso had another injury as time expired with senior Andy Candelaria suffering a left leg injury. He would not return but did have teammates helping him to the bench so he could support his squad. Both were clean plays.

With a 39-24 lead, the third quarter had Socorro coming out sluggish, missing the net and having trouble with put back rebounds, scoring only six points in the quarter. Then the fourth came around and Jackson decided to take over for a long stretch in the fourth. Junior Warren Chewiwi was picking up the slack with hustle plays up and down the floor.

“Defensive wise we were doing very well,” Chewiwi said. “Myself and my teammates we anticipated passes effectively. I was just trying to be effective and I got to give it to those other guys, they were making it hard for me to drive the basket.”

After a three game losing streak, Socorro has now won back-to-back games to put them at 11-5 on the season. Ruidoso floats around the .500 mark at 7-8. Socorro’s next game will be at home on Feb. 4 against Cobre. 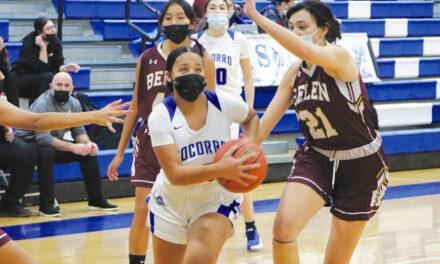 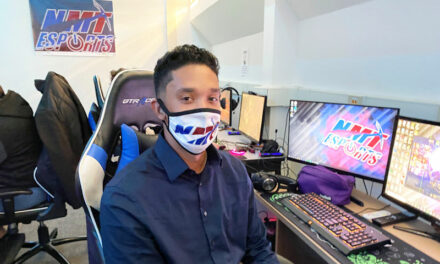 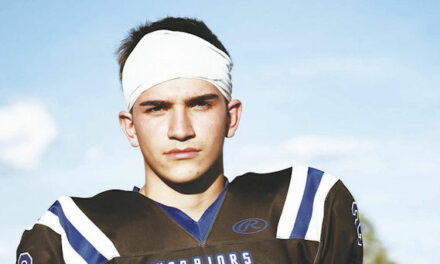 Athlete of the Week: Marcus Armijo