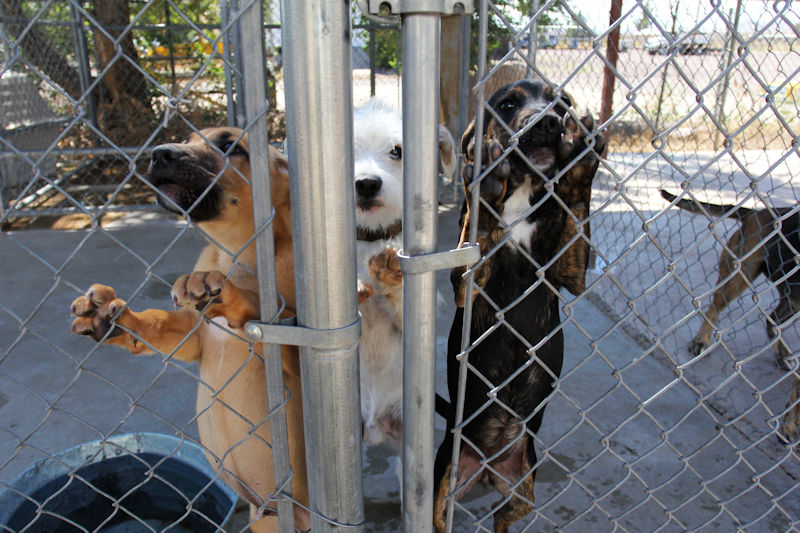 Cutline: The city of Socorro’s animal shelter is at capacity, but more animals continue to come in.
Cathy Cook | El Defensor Chieftain

The city of Socorro’s Animal Shelter is at capacity, a situation the low-kill shelter finds itself in on a monthly basis.

Cheri Lerew discovered the shelter was at capacity when she reported a neighbor’s dogs running loose to county officials. She lives outside of the city limits on Kimball Street.

Lerew says the dogs are eating cats. She has photos of one of the dogs carrying a cat by the tail and a photo of what she believes is part of a kitten being eaten by the dogs. The second photo is too dark to discern clearly. What is clear is that the dogs get out of their yard and wander Lerew’s neighborhood.

Cheri Lerew is frustrated by the
dogs running loose in her neighborhood.
Submitted photo

“I am so upset about this. That just made me absolutely sick, seeing that kitten,” she said.

According to Tripp, the animal control officer is working with the dogs’ owner to relocate one of the dogs—the dog that’s been harassing neighborhood cats.

Lerew is frustrated by dogs running loose in her neighborhood, a situation she says has improved slightly since the county hired an animal control officer. However, Lerew says that on weekends neighbors still turn their dogs loose to run around, which makes her hesitant to walk her own dog up her street. Instead, she drives to the NM Tech campus to walk her dog.

“We have problems all over the city—people who are constantly feeding stray cats, neglecting dogs,” said Animal Shelter Director Lupe Tarango. “The whole county right now, the whole city right now is trying to get people to understand, the dog has to stay in their property. It goes the same thing with cats.”

The animal shelter serves the entirety of Socorro County and is at full capacity with 40 dogs and 20 cats. At present the shelter is housing roughly 55 dogs, said Tarango. Even though the shelter is full, the influx of animals has not slowed. Fewer people have been willing to reclaim their lost animals over the last year, said Tarango, and adoptions have slowed.

“A lot of people have stopped adopting due to their financial status,” he said. 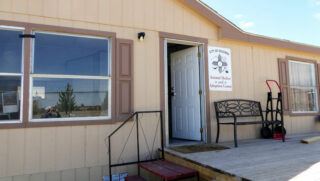 The shelter staff is trying to transfer puppies to out-of-state fosters. The shelter works with fosters in Albuquerque and out of state in Colorado, Utah and California.

“We try to do one to two [transfers] a month,” said Tarango. “They’ve been very generous getting these little guys out, so we don’t have to euthanize.”

The shelter takes in a lot of litters because many pet owners do not spay or neuter their animals. Surrounding states have stricter laws when it comes to backyard breeders, said Tarango, which normally makes it easier for the shelter to find places to transfer puppies to out of state.

“We currently have dogs that are doubled up, tripled up, four dogs in the kennel,” he said. “We do transport pretty regularly, but because a lot of fosters out of the state are facing the same issue, it’s getting harder and harder to find fosters out of state.”

Tarango said pet owners need to be aware of their responsibilities, from getting their animal properly vaccinated to ensuring it stays fenced in on their property.

As of Monday, dogs were still wandering loose in Lerew’s neighborhood.