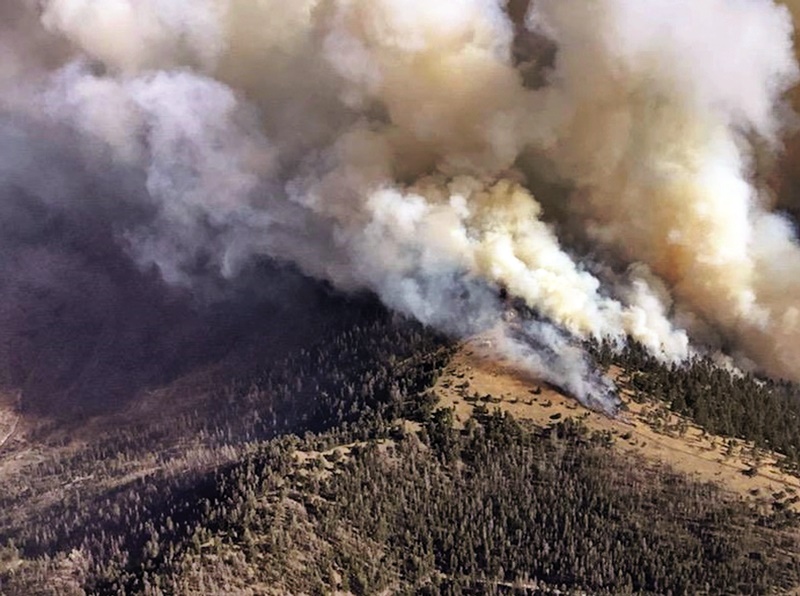 The Bear Trap Fire had grown to 1,209 acres as of Tuesday, with zero containment.
Photos courtesy of Cibola National Forest

Last Friday, based on high fire danger and severe fire weather conditions, the Cibola National Forest implemented Stage 2 Fire Restrictions. Two days later, on May 1, a new fire was reported in the San Mateo Mountains in the Magdalena Ranger District.

The Bear Trap Fire is located 25 miles southwest of Magdalena in Bear Trap Canyon, a popular campground and picnic area.

As of Tuesday, the fire had grown to 1,209 acres with zero containment. Smoke may be visible in the surrounding areas of Alamo, Datil and Magdalena.

In addition, road closures were issued Tuesday for critical areas adjacent to the fire. The Forest Road closures include access to Mt. Whittington Lookout and Grassy Lookout as well as Beartrap Campground and Hughes Mill Campground.

As the health and safety of firefighters and the public are always the priority in wildfire situations, members of the public should stay away from Bear Trap Fire operations.

Fire officials also remind the public that personal or private drones pose a serious risk to firefighting and can cause air operations to cease, so, “If you fly, we can’t!” officials state.

The road closures are in effect until September 1 or until rescinded, whichever occurs first. 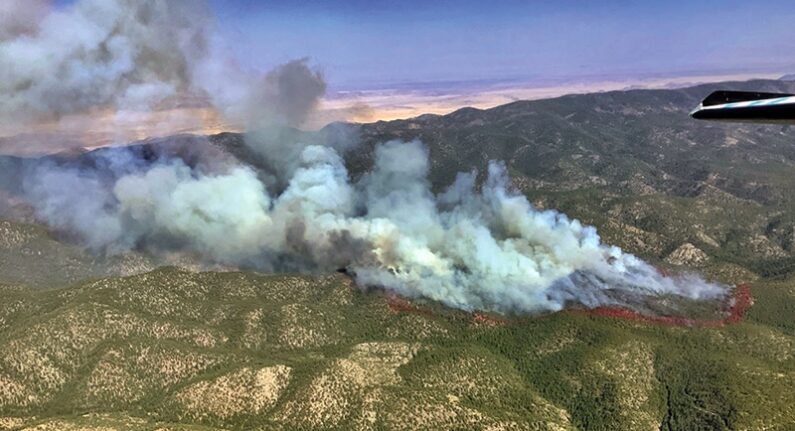 The Bear Trap Fire is located 25 miles southwest of Magdalena in Bear Trap Canyon, a popular campground and picnic area.

Otherwise, the Stage 2 Fire Restrictions in effect are for not only the Magdalena Ranger District but for all Cibola National Forest lands.

Visitors may use stoves, grills and lanterns fueled by propane or other LPG fuels that meet the manufacturer’s safety specifications. Visitors to the forest are reminded to practice safety guidelines like securing chains, checking tire pressure and properly maintaining their brakes.

Forest supervisors and fire managers weigh aspects such as local, regional and national fire preparedness level, increased fire activity, expected weather conditions, user activities that relate to the potential for increased human-caused ignitions, availability of resources and significant social, political, or economic impacts to move in and out of restrictions and closures. Considerations always include discussions to understand impacts and challenges with neighboring units, federal and non-federal.

“We have carefully considered the fire outlook and determined that Stage 2 fire restrictions are needed to minimize the risk of human-caused fires,” said Matt Rau, Fire Management Staff Officer.

Forest visitors are asked to use extreme caution when fire restrictions are in place.

Violations are punishable as a Class B misdemeanor by a fine of not more than $5,000 for individuals and $10,000 for organizations, and/or by imprisonment for not more than six months.

The fire restrictions are in place until December 31, unless rescinded earlier. 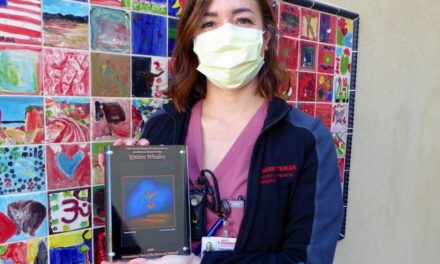