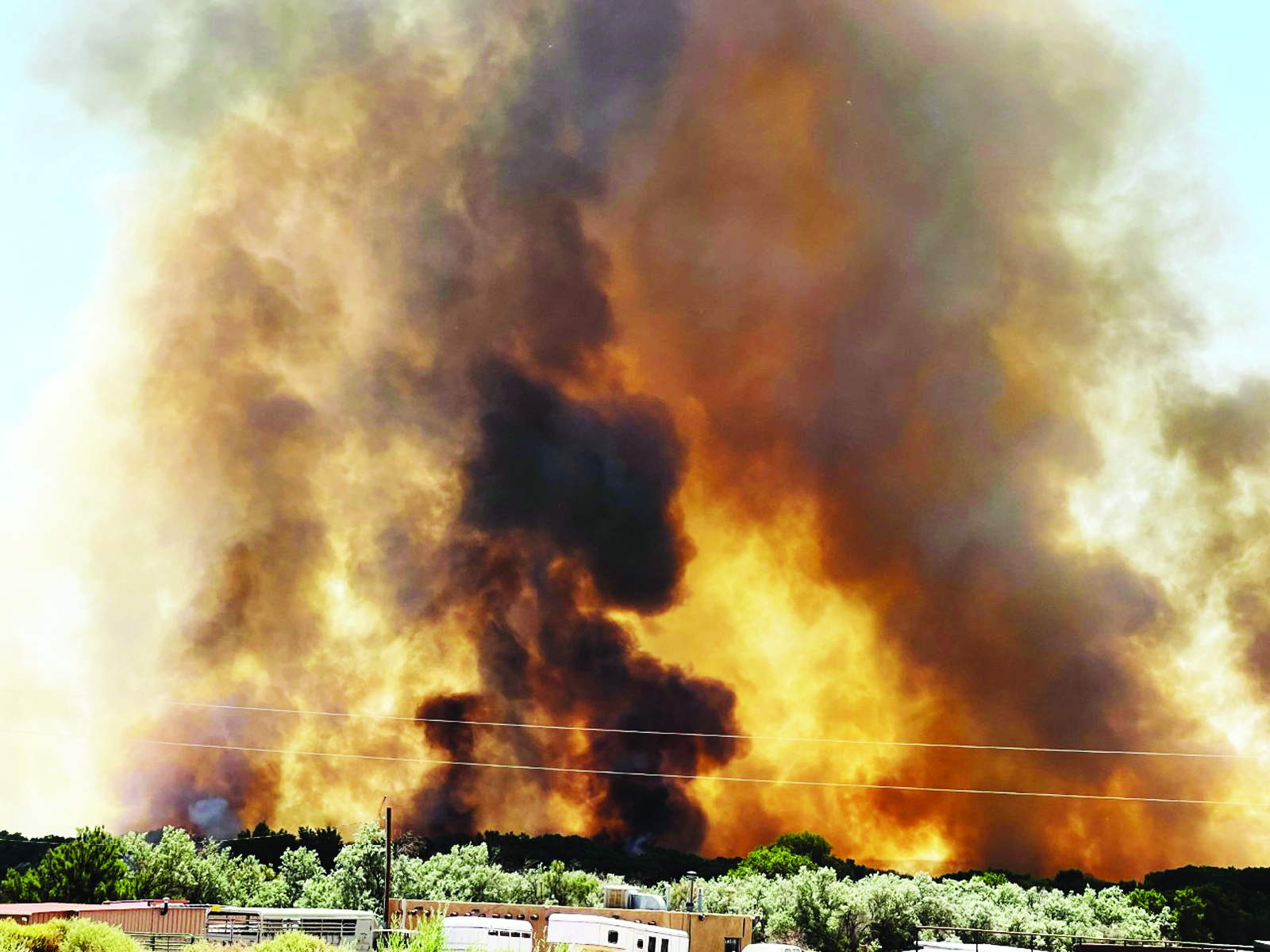 No homes were lost or people injured as the Cemetery Fire raged through the bosque north of N.M. 346 this weekend. Valencia County fire personnel and other agencies will be out at the 319 acre burn for days to come, putting out hot spots and making sure there aren’t more flare-ups.
Photo courtesy of Angela Cano

In triple-digit heat, fire crews from Valencia County and around the area battled a massive bosque fire over the weekend.

“The fire is now 50 percent contained,” Gonzales said Tuesday afternoon. “It’s actually looking really good; we are making really good progress. All the hot spots around structures have been secured. Crews will continue to work on hot spots in the fire zone. There’s still a lot of heat so there may be some smoke or torching.”

By Sunday afternoon, the fire was dubbed the Cemetery Fire. Gonzales said there is a pet cemetery in the area where the fire started.

“I’m not sure if it’s an official, recognized pet cemetery,” she said. “It wasn’t in the burn area.”

Investigators with the New Mexico State Forestry Service and New Mexico Fire Marshal’s Office were on scene all day Monday.

“We are hoping to have an origin and cause soon,” Gonzales said Tuesday. “We have ruled out natural causes. It’s probably human caused but that doesn’t mean it was intentional or has any connection to the intentional fires in Los Lunas. (The Cemetery Fire) is still under investigation.”

The state fire marshal’s office is also investigating at least 18 intentionally set fires in the bosque within a quarter mile of the bridge that crosses the Rio Grande on Main Street in Los Lunas.

Gonzales said the Cemetery Fire started shortly after noon on Saturday, June 12, on the east side of the Rio Grande just north of N.M. 346, then jumped to the west side. By 3 p.m., about 76 acres had been burned north of the river bridge.

“We know it originated somewhere along (N.M.) 346 on the north side of the bridge and moved north from there,” Gonzales said.

“It really is a battle — we’re fighting the fire and it’s fighting us,” she said.

That night, the fire jumped to the west side of Jarales Road, which is west of the Rio Grande, near Hernandez Road. No homes were lost to the blaze but two outbuildings did burn Saturday night, Gonzales said.

“The challenges fighting this fire were a lack of resources, and the fact it was so dense (in the bosque), it was hard to make an initial attack,” she said.

“The biggest enemy is the cotton. We need to really emphasize, with any cotton buildup people need to get rid of it. Even something as simple as a cigarette butt will start a fire.”

“I also really want to thank the community for bringing us food and water, even ice cream. There were quite a few who did that,” she said. “I also want to thank the Valencia County Sheriff’s Posse. They had their arena (in Belen) open and had horse trailers ready to evacuate livestock if needed.”

Gonzales asked people to continue avoiding the area of the fire while crews continue to put out hotspots, especially within the bosque itself.

“There are people parking on the levee roads to fish or hike, but they’re blocking our access,” she said. “Right now we are falling trees and we have widow makers. This is not a good area to be in at this time. There’s still a lot of heat and we will be out here for at least a week, maybe more.”

“Throughout the day (Sunday), on the west side there was a lot of slop and hot spots we worked on,” Gonzales said. “On the east side, we worked the back burns and dozer lines, and held those lines like we wanted to.”

Crews had made dozer lines and back burns on the northeast and northwest sides of the blaze Saturday night and by Sunday, while there were hot spots and flare ups within the burn area, nothing escaped, she said.

On Saturday, two helicopters — one from Bernalillo County and the other from Sandia Helitack — provided air support for the blaze and one continued working the fire on Sunday. 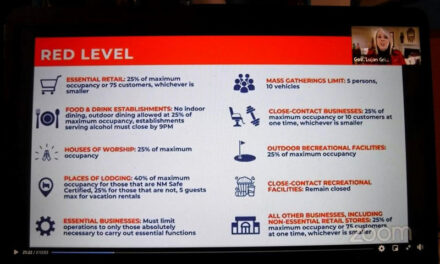