Four recipients of $38.6 million in funding through the Connect New Mexico Pilot Program were announced last week by the governor’s office, including Socorro Electric Cooperative.

Along with three other entities, the initial grants were awarded for projects supporting fully scalable broadband infrastructure “that is expected to serve their communities for decades into the future,” the release says.

“We greatly appreciate the funding support from the Office of Broadband and the State of New Mexico,” Herrera said. “This pilot project is a game changer for the Village of Magdalena and Magdalena Municipal School District, as approximately 300 homes, businesses and institutions that are currently unserved will leapfrog from speeds less than 25/3 Mbps to symmetrical 1 Gbps, and potentially faster in the future as demand for high bandwidth-consuming applications grows.”

Citing what she describes as the state’s most ambitious broadband expansion effort in history,

The initial funding is being matched by $28.3 million in nonstate funding for a total investment of $66.9 million, with plans to expand access to more than 13,400 homes, businesses, farms, ranches and community institutions across New Mexico, the release says.

The funds are the first of $120 million delivered through the Connect New Mexico Pilot Program, advancing the governor’s priority of ensuring statewide broadband access.

Once expanded beyond the pilot phase, the program will leverage historic state and federal broadband investments to improve access through a state matching grant program that pairs state and federal funding with local vision and experience from communities, tribes and New Mexico broadband providers.

“Improving that access opens so many doors — empowering students to easily complete homework assignments at home, small local businesses to sell products online, rural New Mexicans to take advantage of telehealth services, and more,” Lujan Grisham said. “This work has never been more urgent, and we look forward to making the Connect New Mexico vision a reality throughout our state. I’m grateful to New Mexico’s congressional delegation for their work in securing these federal dollars through the American Rescue Plan Act.”

In addition to SEC, other recipients included Central New Mexico Electric Cooperative to serve Estancia and Mountainair, Ethos Broadband serving Truth or Consequences and Williamsburg, and Comcast in Anthony, Sunland Park, Santa Theresa, and other communities south of Las Cruces.

“The first wave of Connect New Mexico Pilot Program grants will expand broadband infrastructure to bring resources to communities that need it most, laying a foundation for continued economic growth,” Office of Broadband Access and Expansion Director Kelly Schlegel said. “Access to high-speed, reliable internet is essential for households and businesses across our state, and the Office of Broadband Access and Expansion is committed to ensuring this program benefits those that need it most — boosting education, jobs and economic opportunity for all of New Mexico in the process.” 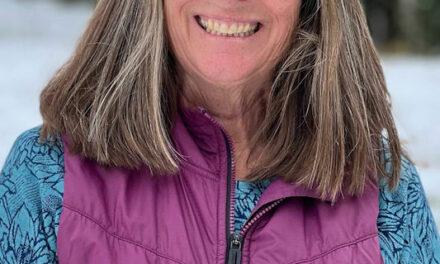 Voices of women: our climate, our community 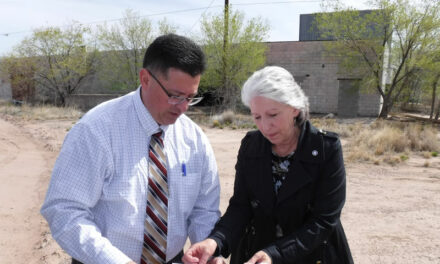