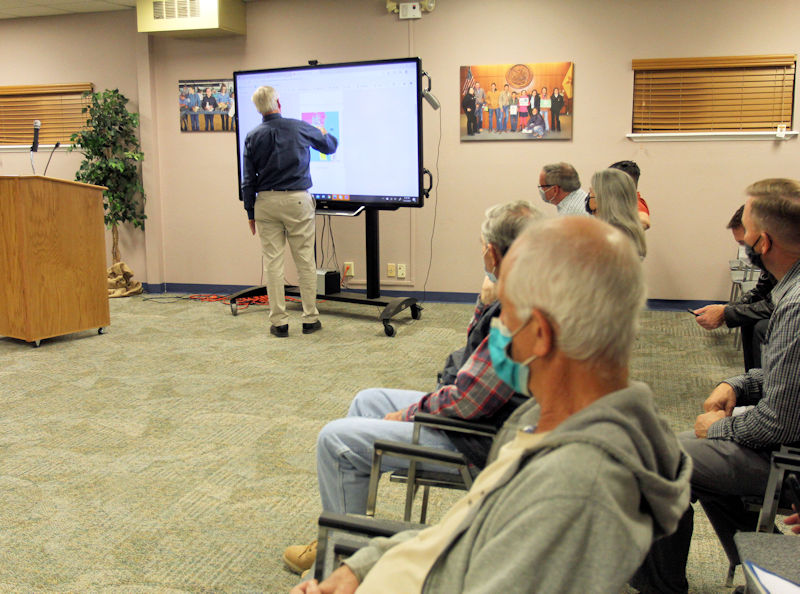 The three redistricting plans are presented at the recent meeting of the Socorro County Board of County Commissioners.
Cathy Cook | El Defensor Chieftain photos

Plan 1 makes the fewest changes to the existing districts. Plan 1 and plan 2 both keep whole precincts together. Plan 3 is the closest to equal population size of the proposed plans, but it splits many precincts, which would make it complicated for the county clerk to run elections. For plan 3, the clerk would have to do complicated precinct parts when running elections, or the commissioners would have to redraw precincts. The demographer did not recommend plan 3. 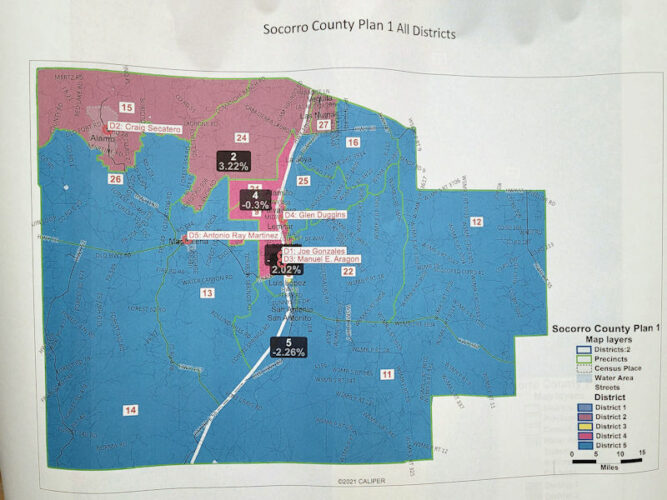 Plan 1 has the fewest changes from the current commission districts.

Commissioner Glen Duggins asked County Clerk Betty Saavedra if she’d prefer to keep precincts whole, which she said she would.

“As it is now, with this election, we still had to do a lot of precinct parts for the conservancy,” said Saavedra.

Changing precincts is not favorable for constituents during elections, she said.

State statute and case law require redistricting. The commission districts are required to have equal population sizes within five percent up or down. Every 10 years when the census is done, if the population has shifted enough, then the commissioners have to redraw districts. 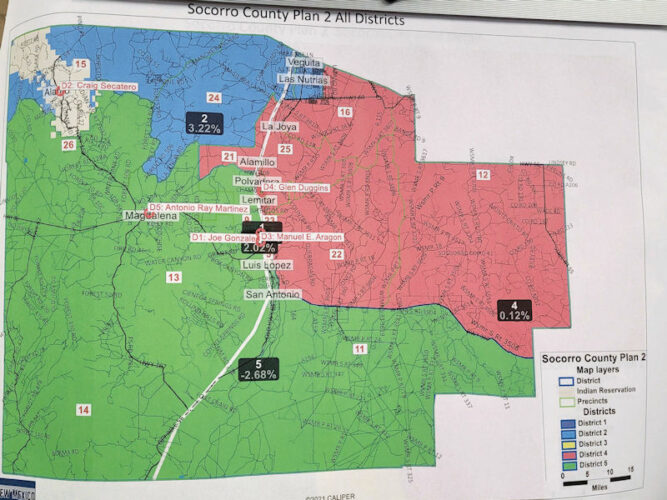 The commissioners have until the end of the year to redraw districts and hired New Mexico Demographic Research to help them. Their demographer Rod Adair was able to come up with three possible plans that keep equal population sizes in each of the five commission districts. Plan one and plan 2 keep existing precincts together, whereas plan 3 splits existing districts, which would make the county clerk’s job more challenging.

The county population is relatively small and precincts are oddly shaped, making it difficult to make a map, said Adair.

“I’ve been flooded with phone calls with my constituents in regards to redistricting,” said Secatero. 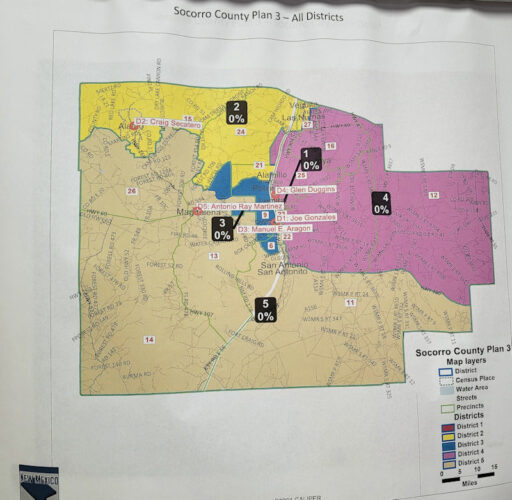 Plan 3 splits existing precincts, which could make running elections more complicated, but has a more exact division of the county population.

Secatero asked about having his district’s boundary moved west and farther south, something his constitutions have requested.

The district was farther south prior to 2001 and did not include Las Nutrias and Veguita, said Adair. He believes that prevented the Alamo community from being able to elect someone Native American and thinks moving the eastern boundary west and south would be a step backwards.

Adair said moving the boundary away from Veguita and Las Nutrias would have to mean dipping into Magdalena, potentially all the way through Magdalena and back up through Luis Lopez, to keep enough people in the district.

Saavedra pointed out that redistricting in that way could potentially eliminate District 5.

Secatero said he was just asking about moving the boundary a tad west and did not intend to step on District 5 Commissioner Ray Martinez’s toes or push out any commissioner. Martinez assured he did not need to worry about stepping on his toes, as all of the commissioners work together for the whole county.

Adair said he could draw another map to show them with Veguita and Las Nutrias not included in District 2. Secatero said it seemed his request was too big. He rescinded his request and asked the board to continue where they were at.

There were no comments from the public during the hearing on redistricting.

The board tabled redrawing districts to the next meeting so they could give the plans more consideration. 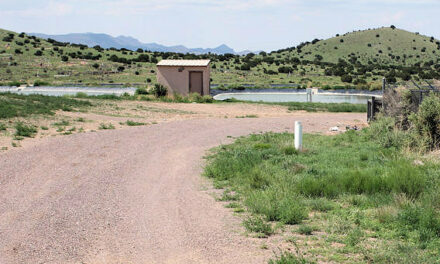 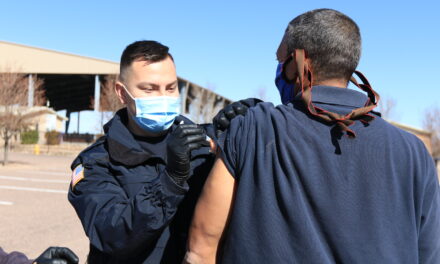 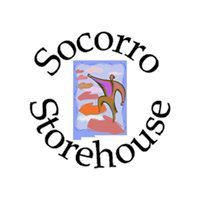