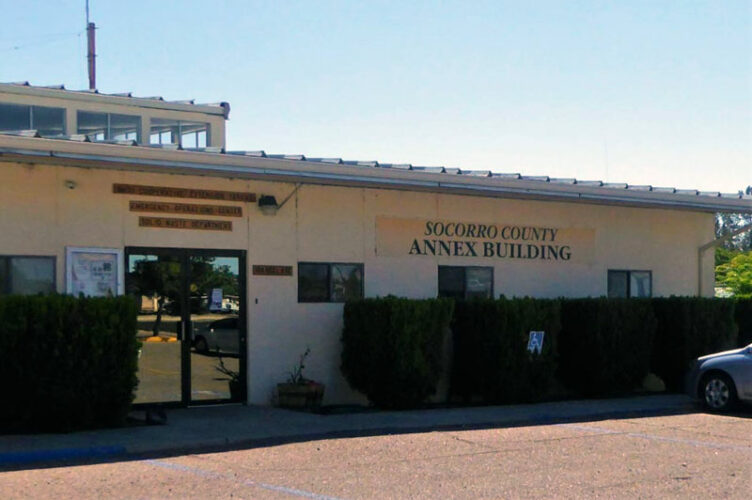 A Joint Powers Agreement between the counties of Socorro, Catron and Sierra was approved last week by the Socorro County Board of County Commissioners. The purpose of the JPA is to create the County Livestock Loss Authority, designed to help protect the rights and livelihood of the cattle ranching industry, which feels at risk by the federal government’s management of the reintroduction of the endangered Mexican gray wolf,  a subspecies of the gray wolf, commonly referred to as “el lobo.”

“The counties have agreed to share resources to establish a County Livestock Loss Authority to potentially access available federal, state and private funding to ameliorate the economic impact borne by New Mexico livestock producers,” by virtue of the implementation of the U.S. Fish and Wildlife Service’s Mexican Gray Wolf Recovery Program, the JPA says.

The agreement argues that the pervasive ranching community is a “key positive socioeconomic factor, and major land use in Socorro, Catron and Sierra counties,” and is important to the custom, culture and traditions of this region of New Mexico.

The pay-for-presence program would provide compensation for the landowners, lessees and livestock operators who allow wolves to be present on private property and accept potential wolf depredation on livestock, per the requirements of the funding source.

“The parties are concerned about the direct economic impacts that the Mexican wolf and the recovery effort is having on both the counties and the New Mexico livestock producers impacted,” the JPA states. “These concerns have regrettably increased as the population of Mexican wolves has continued to expand and impact livestock producers over a wider geographic area. The implementation of the Mexican Gray Wolf Recovery Program threatens livestock producers’ ability to maintain their quality and way of life.”

The three-county alliance is to be governed by a five-member board — the County Livestock Loss Board — consisting of one representative from each of the three counties, one livestock producer and one nongovernmental organization.

In the meantime, the population of Mexican gray wolves is being allowed to increase. Last Friday, the U.S. Fish and Wildlife Service announced in a press release that “genetically valuable captive-born Mexican wolf pups have been placed into wild dens to be raised in the wild by their surrogate parents after another successful fostering season.”

The Mexican wolf fostering program began seven years ago intending to help boost the genetic diversity of the endangered subspecies.

Over a three-week period this spring, the release said, 11 pups were fostered into five wild packs across New Mexico and Arizona.

The captive-born pups came from facilities across the U.S. as part of a coordinated effort to place genetically diverse wolves into the wild population in support of recovery efforts; three from the Brookfield Zoo in Chicago, three from El Paso Zoo, two from Sevilleta National Wildlife Refuge, two from Southwest Wildlife Conservation Center in Scottsdale and one from the Wolf Conservation Center in New York.

According to the agency, fostering is a proven method used by the Mexican Wolf Interagency Field Team to increase genetic diversity in the wild Mexican wolf population. It begins with carefully managed breeding by the Mexican Wolf Species Survival Plan program to produce genetically diverse pups within the captive population.

Within two weeks of being born, the captive-born pups are transported to the wild and mixed together with similarly aged wild pups.

“Once all of the pups are placed back into the wild den, the breeding female’s maternal instinct kicks in,” the release said. “She will feed and care for both the wild and captive-born pups. With the help of her packmates, the pups will be raised with the skills and knowledge needed for a life in the wild. The IFT says it has documented that fostered pups have the same survival rate — about 50 percent — as wild-born pups in their first year of life.

“The care, planning and teamwork that went into this year’s cross-fostering is remarkable,” said Ed Davis, biologist with the U.S. Fish and Wildlife Service. “Many contributed to the success of this year’s efforts, including interns, biologists, veterinarians, captive facility staff and individuals that provided flight support. It will take all of us continuing to work together to achieve greater genetic diversity in the wild population.”

The IFT will continue to monitor the packs that pups were placed in through GPS and radio telemetry signals from collars on older wolves within the pack to avoid further disturbance. Later, through remote camera observations and efforts to capture the young of the year, the IFT plans to document additional survival of cross-fostered pups.

The end-of-year census for 2021 showed a minimum of 196 wild Mexican wolves in the Mexican Wolf Experimental Population Area. 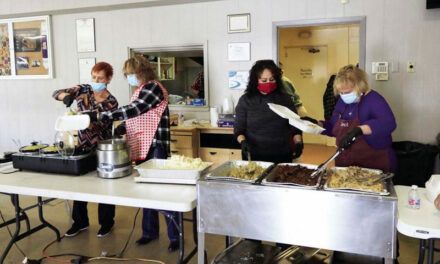