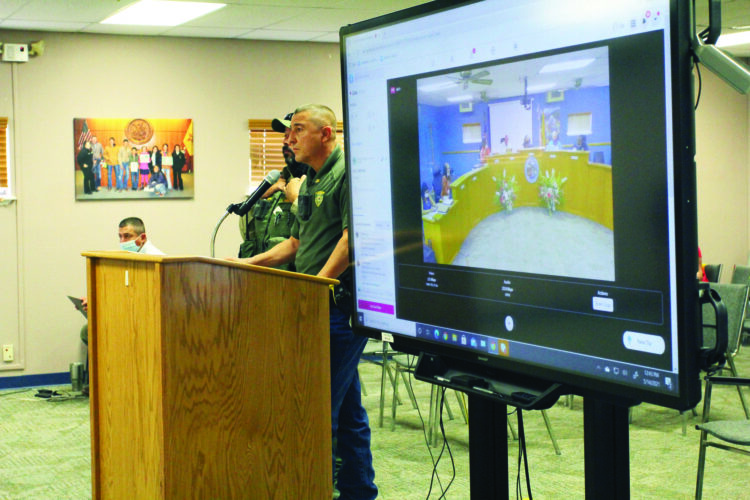 Sheriff William Armijo asks the Socorro County Commissioners for approval to use the funds for a vacant deputy position to give his current deputies a pay raise. Armijo hopes the raise will help retain deputies who are being recruited by neighboring law enforcement agencies.
Cathy Cook | El Defensor Chieftain

Socorro County commissioners approved an interim budget Friday that included the five percent pay raise. The interim budget is the first draft of the budget, and still needs to get state approval before it is finalized in June. However, the final budget should not change significantly from the interim budget, said county Finance Director Sammie Finch.

The raise will apply to county employees across the board but does not apply to any elected officials or their deputies, or to the county manager and county attorney who are both under contract.

Socorro County Sheriff William Armijo was also given approval to use approximately $30,000 budgeted for a vacant deputy position to immediately give his 13 deputies an additional raise of $1.37 per hour, instead of filling the position. Armijo said he would not seek to fill the vacant deputy position for the rest of his term, which ends in 2022. Neither Armijo nor his captain is included in the pay raise.

Sheriff’s deputies start at $14 per hour, William Armijo told the commissioners, which makes it difficult to recruit and retain employees. The Socorro Police Department is actively recruiting sheriff’s department staff, offering them a starting pay of $20 per hour, said Armijo. The combination of the countywide employee raise and the sheriff’s department raise will bring the base pay up to $17 per hour for deputies, said Armijo. The Socorro Police Department offers uncertified officers $18.50 and certified officers $20.28 starting pay.

County Clerk Betty Saavedra requested the new budget include funding to restore a full-time Bureau of Elections position to assist with running elections in the county and to act as the Native American liaison, doing voting education and outreach in the Alamo area. The position was previously funded, but in 2017 Saavedra voluntarily offered to close the position to help with a county budget shortfall.

With more money and more time to spend it, American Rescue Plan funds may have a greater impact in Socorro County than last year’s CARES Act funding.

Hawkes told the Socorro County Commissioners at their meeting Tuesday, May 11, that $3.2 million has been allocated to Socorro County. The Board met twice in the week due to technical difficulties with their live stream. The money will be divided into two payments and the first $1.6 million will be distributed to the county soon.

At least 18 local businesses received grants from CARES Act funds, said Hawkes. Those funds had to be spent by the end of 2020.

“We recovered some funds from CARES Act but I don’t think we recovered everything we could have and part of that was because of the time limitations of utilization,” he said.

While the new funding might be used to address a wide range of needs in Socorro County, from grants for small businesses to improved ventilation in the county courthouse, the county will move cautiously to ensure funds are spent appropriately, said Hawkes.

“We don’t have to spend all of the funds until 2024, so we have time, but we also recognize the community need, so we’ll try to work as quickly, but as cautiously as possible,” he said.

The county courthouse has poor ventilation, as does the district attorney’s office, said Hawkes, but the county will need to ensure those areas qualify as “critical” before the funds could be used to improve their ventilation. 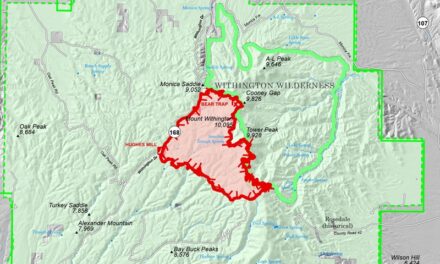 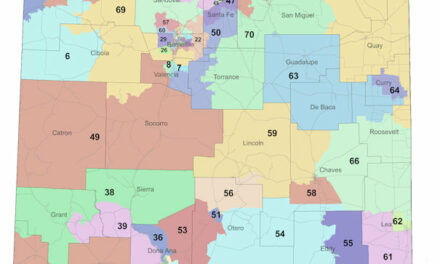 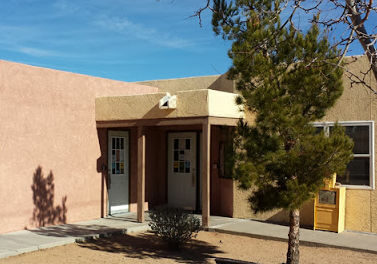