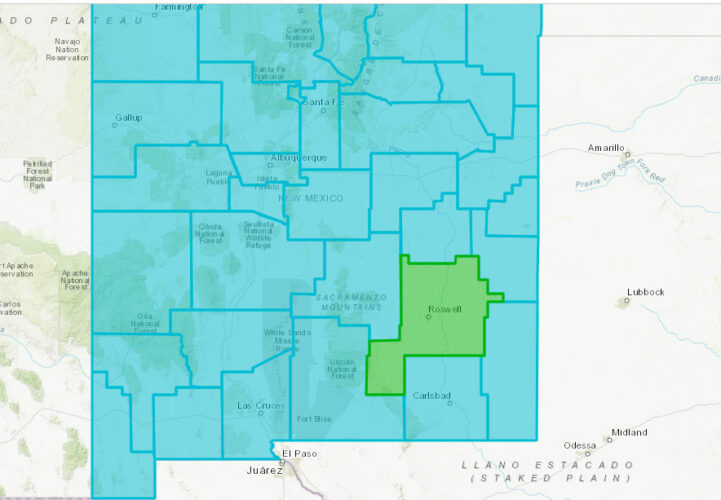 According to the state’s Department of Health, every county but Chaves has attained the turquoise category.

As positive cases decrease and vaccinations increase, Socorro County is maintaining its turquoise risk status. While the state continues to see around 200 new cases per day – measurably higher that of June  last year – Socorro County reports no more than one or two per day and often zero. Over the last two week period, May 4 through May 17, Socorro has maintained an average positivity rate of 0.35 percent tested. Socorro’s vaccination rate over the last two week period is 51.8 percent.

As of Tuesday, Socorro County has reported a total of 1,319 cases and 60 deaths since the pandemic began.

Two of Socorro’s neighboring counties – Valencia and Catron – advanced from green to turquoise in last week’s map update, a change that allows their restaurants, breweries and a host of other businesses to operate at higher capacity.

In an online briefing on May 19, Human Services Secretary David Scrase said 53 percent of the state residents 16 and older are now fully vaccinated, putting the state on pace to reach its goal of 60 percent by the end of June – a threshold that will trigger the lifting of capacity restrictions on businesses.

A little over 63 percent of New Mexicans 16 or older have already received at least one dose, putting the state on track to clear the 60 percent target if everyone returns for their second dose.

When 60 percent of eligible New Mexicans have been fully vaccinated, which state modeling projects may occur as early as the end of June, the state will graduate out of the color-coded county risk system and remove most pandemic-related restrictions on commercial activities.

Although a mask requirement while around others will remain in place, and certain COVID-Safe Practices will be required for specific activities, this target – made possible by New Mexico’s nation-leading vaccination effort – will represent the most significant removal of restrictions since the onset of the pandemic.

One concern for state officials was a rise in COVI-19 infections with the reopening of schools in April, but that concern was abated by reports of far fewer cases than expected. That was attributed to expansion of vaccinations for students 16 and older in April coupled with low transmission rates, although the preponderance of the new cases were among students, not teachers, according to figures released by the state.

Public Education Secretary Ryan Stewart said teachers deserved credit for handling a mix of in-person and remote students at the same time, all while maintaining health standards. Families had the option of keeping their kids in distance learning even after schools opened April 5.

“With the right practices in place,” Stewart said during the briefing. “We have what it takes to operate our schools safely and effectively.”

Mask-wearing remains important in such group settings as schools, Scrase said, and for children – many of whom aren’t even eligible to receive the vaccine yet.

Younger children are just now starting their vaccinations. About 7% of the state’s population of 12- to 15-year-olds has received one of the two Pfizer doses required for full vaccination.

On top of that, unvaccinated residents face new risks, he said.

Scrase pointed out that coronavirus variants now circulating in New Mexico are more transmissible than earlier ones, making it all the more important for people who aren’t vaccinated to wear a mask.

“I think the rest of the pandemic in New Mexico, for the most part, is going to be occurring in unvaccinated individuals,” he said.

Tracie Collins, Department of Health Secretary said they are seeing very few “breakthrough” cases of COVID-19 in individuals who are fully vaccinated, but the number is low. Out of 889,000 fully vaccinated people, New Mexico has had about 500 positive cases – a case rate so low that it rounds down to zero percent. One fifth of those breakthrough cases involve people with immune disorders, and in some cases those who were vaccinated and tested positive displayed no symptoms.

The color-coded framework itself is expected to end some time next month if the state as a whole reaches full vaccination of 60 percent of its 16-and-older population.

Data is updated every other week. The next update is June 2. 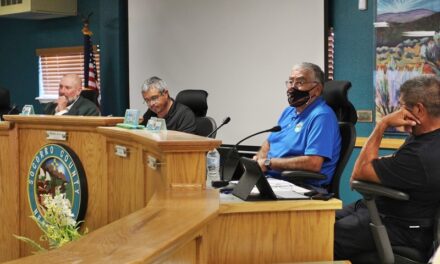