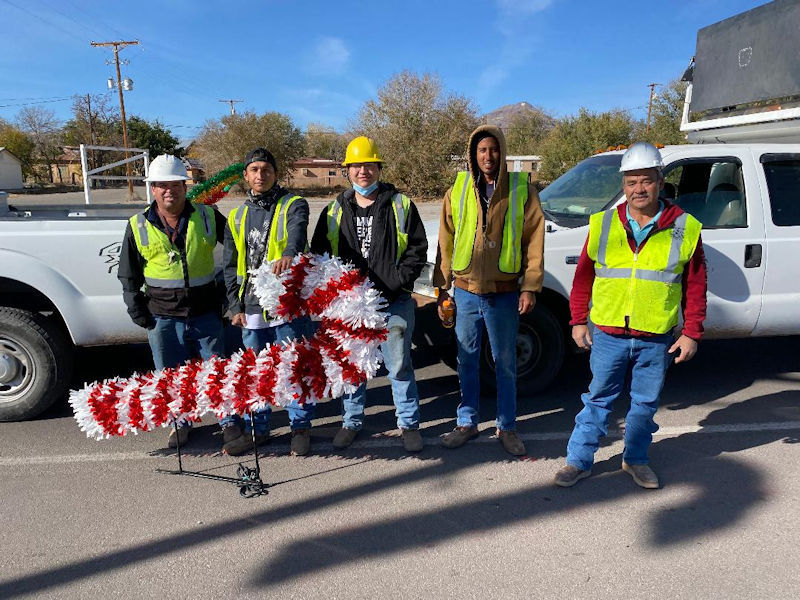 From light pole to light pole, city of Socorro engineers placed decorations to bring back the holiday spirit once again.

It took a group of four starting at the north side of California to raise the lights. The city engineers went block by block placing various decorations from Christmas trees to candy canes. Lefty Gonzales was one of the members putting up the décor.

“Keeping the Christmas cheer is very important,” he said. “Having all of the kids being able to come out and see this stuff makes everybody happy for the season. We’ll bring these ornaments down after New Year’s. Until then, hopefully, this brings joy to the community.”

City Manager Donald Monette worked with City Utilities Manager Lloyd Martinez to bring the festive project back for Socorro. It was unable to take place in 2020 due to the pandemic. The Diamond in the Desert Socorro Beautification Commission worked with the city of Socorro to return the traditional Christmas lights. They were placed on November 18. Deb Card was part of bringing the decorations back.

“There have been a lot of generous people in Socorro,” Card said. “A lot of giving people as well as local groups. We have to thank all of the merchants especially that gave towards this event.”

The idea for renewing the project came together during Christmas of 2020 with lights being placed along California Street as well as on Highway 60 for 2021. Mayor Ravi Bhasker agreed to match the $10,000 self-funded project in order to get the lights up. All 64 light poles have a unique ornament placed, averaging $500 each.

Graduating classes from 1969 to 1977 sponsored some of the ornaments displayed.

“I think people were ready for some magical Christmas things,” Card said. “It’s a good time of year to not just fundraise but also get back together with family. Things like this will make Socorro look bright and cheerful.”

Ornaments on display are comprised of LED bulbs and are estimated to last over 10 years. The items displayed came to Socorro courtesy of Downtown Decorations. 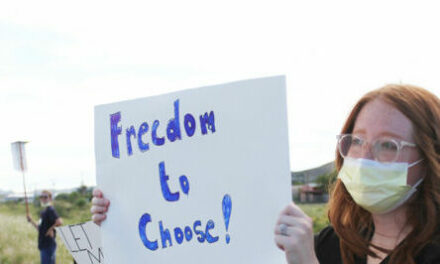