In an emergency meeting, the Socorro County Commission last week passed an ordinance limiting open burning in the unincorporated areas of the county, citing a high danger of grass fires, forest fires and structure fires in the present time of lower humidity, windy weather and fuel content creating “an extremely high fire hazard in Socorro County.”

Emergency Ordinance 2022-01 declares “that Socorro County is suffering from extremely or serious drought conditions and high fire hazards represent a significant immediate threat to the peace, safety, health and welfare of Socorro County.”

Accordingly, the following types of open burning shall be prohibited unless a permit is obtained from the County Fire Marshal:

The County Fire Marshal may place additional conditions on a burn permit based on the condition of the area to be burned and atmospheric conditions at the proposed burn time. 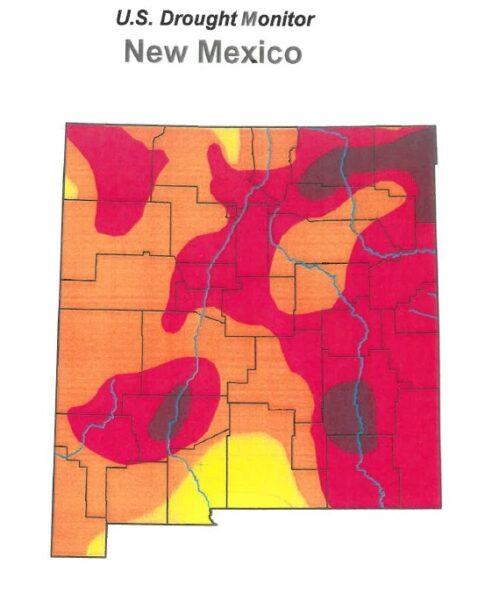 The ordinance is open-ended and states that any violation shall be deemed a misdemeanor and punishable by a fine of not more than $300 and/or up to 90 days in jail.

Elsewhere, as upwards of 20 wildfires continue to burn, Gov. Michelle Lujan Grisham signed an emergency declaration on Sunday urging New Mexico municipalities and counties to ban the retail sale of fireworks in their communities.

While state statute does not enable the executive to implement a statewide ban on fireworks, the executive order follows the implementation of statewide fire restrictions prohibiting fireworks, outdoor smoking, campfires and open burning for all non-municipal, non-federal and non-tribal lands.

“Fire conditions across New Mexico remain extremely dangerous – it’s essential that we mitigate potential wildfires by removing as much risk as possible,” Lujan Grisham said. “While many of us like to celebrate with fireworks, no momentary display is worth causing a wildfire that could threaten the lives and property of your neighbors.”

The Calf Canyon Fire and Hermits Peak Fire merged in northern New Mexico on Saturday, forming the state’s largest wildfire at 88 square miles. The fire was reported as 12 percent contained as of Monday. Mandatory evacuations were called for approximately 5,000 homes this week.

Multiple counties and tribal nations across New Mexico have recently implemented burn bans, in addition to federal authorities imposing Stage I and Stage II fire restrictions on federal lands throughout the state.

The New Mexico State Land Office has announced a ban on campfires, open burning and fireworks on all state trust lands. One exception is using cooking or heating devices fueled by kerosene, white gas or propane in an improved camping area that is cleared of flammable vegetation for at least 30 feet in all directions or in an area that has a water source.

Also, as a precaution, driving across vegetation – especially tall grass – should be avoided if possible as heat from the vehicle’s undercarriage could start a fire.

Further, State Forestry is announcing restrictions on fireworks, smoking, campfires, and open fires in New Mexico. The Forestry Division will continue to coordinate with other jurisdictions including federal, counties, and municipalities to ensure that appropriate protections are in place to protect New Mexico as fire danger and wildfires increase. 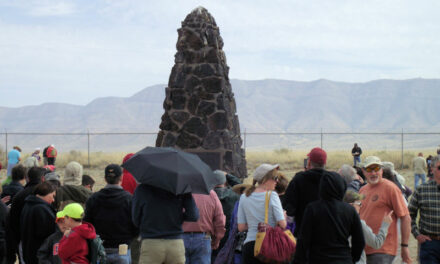 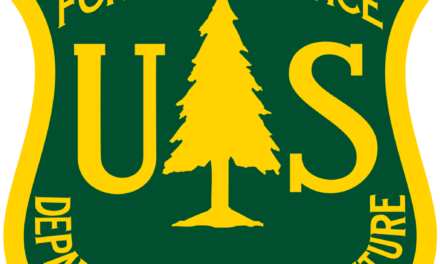