Editor’s note: Marlena Herrera wrote this first-person account about how she’s had to handle the pandemic in Alamo. She wrote this piece as a class assignment for her Health, Safety and Nutrition for the Young Child class and then submitted it to the Chieftain.

COVID-19 has affected my life a lot. I have to stay home all the time. I have to wear a face mask when we are in town. I cannot visit family members, and it has changed my job.

I was a traveling person. Each weekend my family and I would just go on a little road trip. Our last road trip was up to Red River, New Mexico, six months ago. We traveled there with my uncle and his family.

I live at Alamo, in Socorro County, New Mexico. The Alamo Reservation is a small chapter of the Navajo Nation. The 2010 census said we have a population of around 2,000.

I work at the Alamo school. The last time I went to work was at the end of September.

In March, they let us go because of the virus. During that time, it wasn’t bad as it was just starting. We didn’t realize how dangerous it is. Ever since that day, we were told to quarantine. In August, the infections slowed down, and the school opened again but without any children.  Then there was an uptick in infections, and the school closed again at the end of September.

We had no cases until May. That person and her family were quarantined and following the rules of the COVID-19. A couple of weeks went by, and a member of that family gave a birthday party, but no one knew one of the people who attended the party was COVID-19 positive. One of the family members got sick. Then they tested everyone who was at the party. About 20 tested positive. The older family members were transported to the hospital. Some of them came home to Alamo, but some of them got worse and went to a hospital in Albuquerque. And the younger ones were quarantined at home. Then our first community member passed away from the COVID. He had some health issues. He was in his 40s. He was our bus driver for our Headstart program at the school.

A couple of days later a second community member passed away. He was our high school boy’s basketball coach, Marcus Pino. The whole community was heart-broken when we received this saddest of news. Basketball is a BIG thing at Alamo and has been ever since the Alamo School opened in 1979. Some Alamo children go to school at the Magdalena school, 30 miles away, and the competition between the two schools on the basketball courts is fierce.  Marcus brought our team to play in the NM State tournament. A huge success.

Because of the rules about many people gathering in one place we couldn’t have proper funeral services for those that passed. So the service had to be after the burial at the grave-site.  After he was buried his parents were tested positive. His father was a pastor at one of the churches in our community. Before that, he had run the Alamo Clinic’s emergency department for many years. He fought the virus hard and was coming out of it when he received the news that he had passed from the virus. He gave up hope and passed with her.

Many of our community members didn’t take this virus seriously. During July our numbers were between 20-40. It had slowed down between August and mid-September. Then our numbers were rising again. More families were gathering for birthday parties, to make blue corn tamales, and to go piñon picking. When these families were gathering some never used masks. They thought that because it’s all family, it’s safe. But that’s how our numbers in Alamo had risen up high.

I, myself, had never come close to someone that was positive, but I do know someone who is a close family member who is now positive. Just one trip to Albuquerque they made, to check out the drive-through haunted house. My cousin invited this one person to go along with them. That person was a carrier of the COVID-19 and yet still went with them. That’s how my two cousins and my aunt were exposed to the virus. My older cousin and my aunt went into the hospital. My cousin came home. My aunt never came home. She went to heaven at the age of ___.

It’s been a very rough time for my family and my community because in Alamo we do our best to help one another. Losing any one of our people to this virus breaks our hearts.  There are 15 now that have passed away with the virus. Some are still fighting for their lives in hospital, and some are staying in a hotel for quarantine. And few are at their own home because they don’t want to leave their home and come back empty. And even our young ones are getting infected. We have a child under the age of one year who has tested positive.

Our leaders need to do their job for their community. They should come down hard with the rules. They should take the lockdown seriously.  Just putting a road closed sign up without enforcement is not going to get the job done. We need full-time law enforcement out on our reservation.  There is no law enforcement here and we are 30 miles from Magdalena, and 60 miles from Socorro, and 140 miles from Crownpoint on the main rez. When we call for a cop it takes more than an hour for him to get here.

Our leaders need to get their voice on our local radio station. They need to remind everyone to stay home, put on a mask if they go to town, take only one person to the grocery store in Socorro, wash hands, and don’t gather more than five people at a time, and not for hours and hours so the virus can spread.

Our children will remember In 20 years this terrible disease. Because 20 years ago there was another bad sickness had come into our nation. Our grandparents tell stories about a Spanish flu. They say it took our community a year for that sickness to go away. They took care of each other by supporting each other with prayers and medicine. Let’s all encourage each other by praying for one another. And let’s stop this virus by obeying the rules. 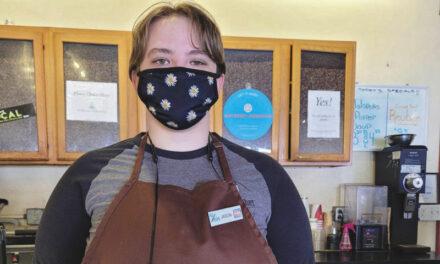 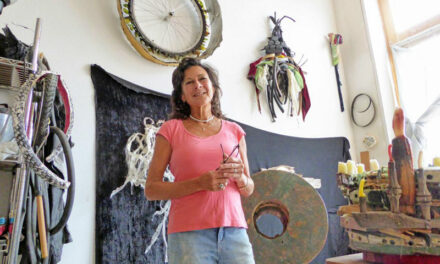 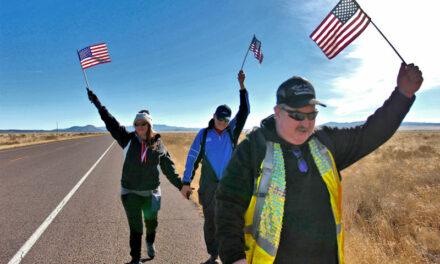