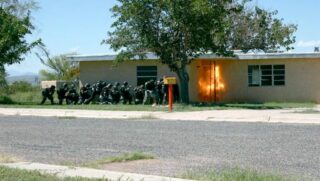 Socorro is still waiting to ‘welcome back’ first responders, but that may not happen until spring or summer. New Mexico Tech’s First Responder training was suspended on March 16. The hiatus was initially scheduled to end on June 30, but Van Romero, who heads up New Mexico Tech’s Office of Research, said it would have to depend on the COVID-19 positivity rate in the county.

“Even then, it has to be approved by the Federal Emergency Management Agency,” Romero said. “In the meantime, we’ve been given the go-ahead to get a pilot program going again in Playas, New Mexico.”

Located in Hidalgo County, Playas was built by the Phelps Dodge Corporation to house the workforce of a nearby copper smelter built in 1971. When copper prices fell the smelter shut down and all but a handful of residents moved out.

In 2005, New Mexico Tech purchased the entire townsite for $5 million. Now known as the Playas Research and Training Center, the town boasts 270 houses, six apartment buildings, a post office, grocery/dry goods store, a medical clinic with a heliport, a bowling alley, grill, a rodeo arena, horse stables, a fitness center, a shooting range, an airstrip, and a swimming pool. Tech felt its realistic environment was perfect to perform training for first responders and counter-terrorism programs. 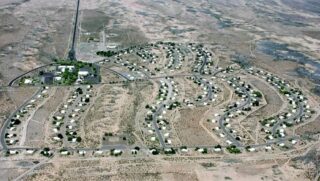 Last week a group of first responders from Tennessee converged on Playas for Special Weapons and Tactics (SWAT) team training.

Romero said New Mexico Tech was the first entity in the National Domestic Preparedness Consortium for first responders to start up training again. The first week of its pilot program ended last week.

“This week’s pilot was the first of all the members, so this one was the first one in the country to start back,” Romero said. “It all had to be approved by FEMA.”

It took some creative thinking to show FEMA the training could be done in the middle of a pandemic.

“The problem was we couldn’t do any face-to-face training,” he said. “After March we did shift what we could to online training, but of course the stuff we do here at New Mexico Tech for first responders is more face-to-face. So that’s what shut us down last March.”

While continuing to work with FEMA, it was in late October that Romero’s office came up with the idea of a “Playas bubble.”

“The idea came from the NBA last season. To put everybody in a single location and ‘nobody in, nobody out,'” he said. “FEMA said, hey, that’s an interesting idea. It took us a couple of months to work out all the details, but finally got approval from FEMA, and did the first test of our bubble concept last week.” 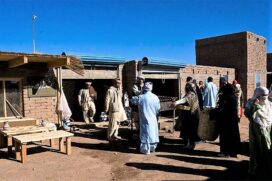 Role playing is part of the training for the military.

That first week-long course was for advanced SWAT team training.

Stringent COVID-19 precautions were taken, beginning with each student required to be tested negative just prior to getting on the airplane to take them to Tucson. Once landing in Tucson, each one rented their own separate car and drove straight to Playas.

“Once in Playas, we put two people per house because the houses all have two bathrooms. So each person had their own bedroom, their own bath,” Romero said. “And we fed them ‘contactless meals.’ Where we essentially packaged up food for each meal. They would go to the distribution point and pick up their package and take it back to their house. And do whatever they needed to do to prepare their meal.

“We would check temperatures every day, and all instructors, all participants, had to wear masks throughout the training,” Romero said. “And there was no contact with anyone else outside the group that was training. And it looks like we were successful.”
Another aspect of this first pilot was that the team works and trains together, almost like a family. 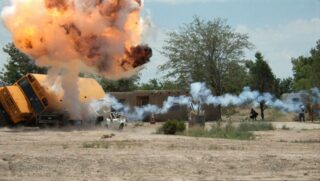 “We train people from all over the place,” he said. “Each eight-member team works together every day and so they are familiar with each other.”

The SWAT course isn’t run as often as other ones, “but we thought this would be a good one to start with. We’ll have another next week. A similar group from Indiana.”

After the next week’s course, Romero will report back to FEMA.

“We’re hoping that we will get approval to start back up in Playas full-steam under ‘bubble’ conditions in March,” he said. “Once we get the green light in March we will be doing all of our courses in Playas.”
When is first responder training returning to Socorro?

“It’s much harder to do a ‘bubble’ in Socorro than in Playas,” Romero said. “But, my thinking is when Socorro County moves from red to yellow. That’s when I’m going to begin working with FEMA to come up with a plan to start the program back up here in Socorro.

He said once approved, it would most likely take a month or two before first responder students actually start arriving.

“So once we go yellow and if we stay yellow, or even go into green, over the next month or month-and-a-half I’ll feel confident that we’ll be able to execute the course (in Socorro) safely,” Romero said.

Tech’s First Responder program is part of a nationwide consortium under FEMA that includes six other universities and government installations. 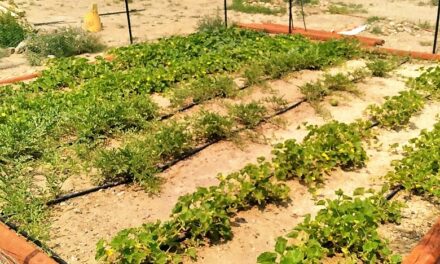 Community gardens in Socorro and Alamo offer much more than produce 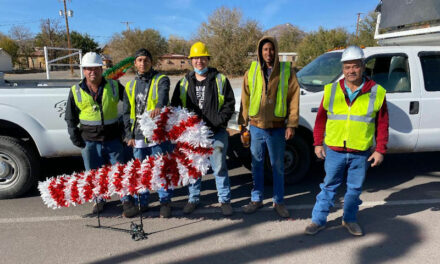 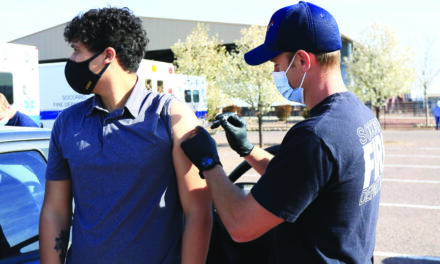 Sixteen and over to be eligible for vaccine 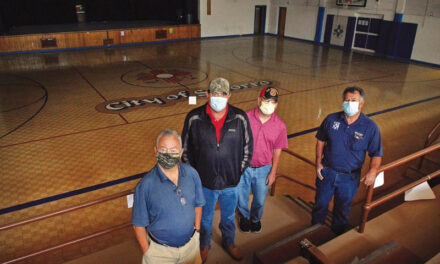