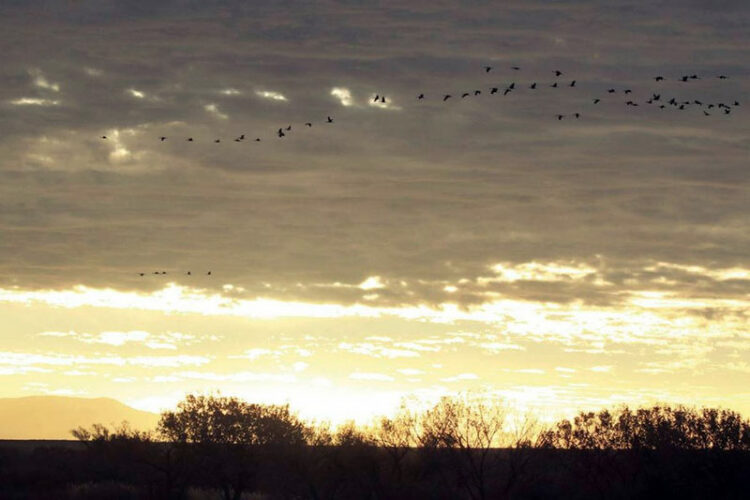 At sunrise, a flock of sandhill cranes take off for the day from the Bosque del Apache National Wildlife Refuge in San Antonio. The birds start arriving at the refuge in mid-to-late October and stay until February. Caitie Ihrig | El Defensor Chieftain

More than 30-years ago, Wilf Jones took his first trip to the United States. Jones, who was born in England, said he “just happened” to be on the road that goes between Roswell and Socorro, which then leads to Phoenix.

During that drive, he saw a sign for the Bosque del Apache National Wildlife Refuge and decided to stop. Ever since that day, he has tried to get back to the refuge as much as possible.

“The more you read about it, the more places you find and discover,” he said. “There’s a lot to discover. It’s extraordinary.”

Most of his trips included his wife of 31-years, who has since passed away.

“Sharing anything doubles the experience,” he said.“It’s alright me looking at this and saying how wonderful it is, but I’ve seen it before. It never changes. It always makes you feel great. If you share it with someone who hasn’t seen it before, it’s a magical experience. It changes them.”
Sandhill cranes 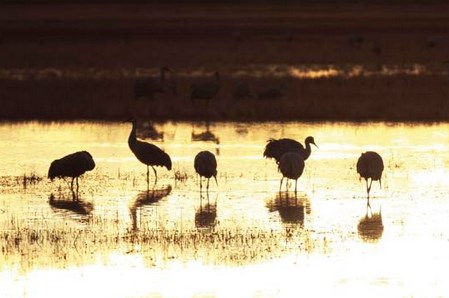 This year, Bosque del Apache looks a little different as it is harder to share the experience with others due to the coronavirus.

The refuge is still open, but due to state orders no more than five people are allowed together in a group. Social distancing and wearing a mask are also required. Bosque del Apache also stopped doing guided walks and tours in March to comply with the orders. The visitors center has been closed since the pandemic began, but The Nature Store was open until the governor recently closed everything except for essential businesses.

According to Aislinn Maestas, Public Affairs Specialist for Bosque del Apache, the auto tour loop is still open but volunteers are no longer there interacting with the public. The refuge is utilizing a self-pay station instead of using the fee booth, which is run by volunteers. They also closed the public restrooms, but rented portable toilets for visitors to use.

Julie-Anna Blomquist, Festival of the Cranes and Website Manager for Friends of the Bosque del Apache, said that the festival normally brings in 1,500 people, which is a mix of locals and non-locals. According to Blomquist, all of the hotel rooms are full and the restaurants are packed with birders throughout the whole festival when held in-person.

“We bring in a lot of folks from out-of-state,” she said. “It’s quite the hit on the economy, I’m sure. In addition to that, that is how we get new folks involved in the refuge.”

During the Festival of the Cranes, there are conservation groups and people who discuss how to hunt and fish carefully. There are also a lot of educational sessions about the refuge and birding.

“The biggest thing is trying to get people up to the refuge and trying to get more people engaged in birding and in conservation,” Blomquist said. “Doing it on the premises gives it a very personal touch.”

By hosting the festival virtually, Blomquist said they were able to make all of the educational sessions virtual, but it takes away the aspect of being there and seeing the birds upclose.

Throughout the year, the refuge also does different educational programs, according to Amanda Walker, Bosque del Apache Park Ranger. As one of the two park rangers, the main part of her job is the upkeep of the refuge and overseeing visitor operations.

In past years, the park rangers have done projects to make sure that visitors are able to observe wildlife. Some of these projects include installing footbridges and restoring trails. Walker said that when doing these types of projects, the park rangers have to consider where the food is for the wildlife and what habitat is good for them. This year, their main focus has been wetland management due to limited water on the refuge.
Crane in flight 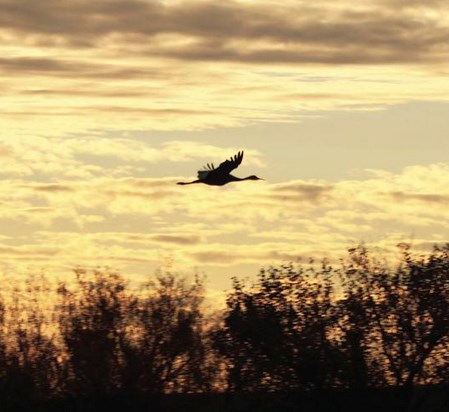 “Water moves around the landscape, but different wetlands get flooded-up,” Walker said. “That flood-up encourages things like ducks and geese to land in those waters and feed on those seeds that have been growing all summer.”

During the winter months, the park rangers let the water sit as the ducks feed off of the seeds. As it gets closer to spring, the wetlands start to dry up again. In the spring, the leftover seeds will begin to bloom and then the cycle starts over again. Walker said that throughout the year they monitor various things because each wetland has to be treated somewhat differently based on what plants are there or what might grow best in that area based off of the topography and soils.

“In addition to wetland management, crops are grown here and they aren’t treated as crops like a farm would harvest them,” she said. “We don’t harvest the corn that we plant, we knock over the corn for the cranes and geese to feed in. It’s very complex management.”

According to Walker, most people flock to the refuge between October and February because of the “large over-wintering population of birds.”

“Those large concentrations of birds are inviting to visitors from New Mexico and beyond, to come and watch or look at,” Walker said. “The large numbers of birds in the Middle Rio Grande Valley is kind of a spectacle that people like to see or watch.”
Bosque bird watchers 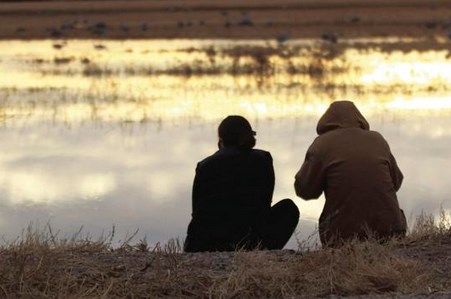 Jamie’son Wiggins said he has been to the refuge a few times and normally visits in the fall.

“It’s great to see the sandhill cranes every year,” Wiggins said. “The migration pattern is crazy that it’s transcontinental and that type of thing. When they land in the morning, that’s one of the best parts.”

“To see them take off, there’s nothing like that,” Jones said. “I’ve been all over the world and this is as good as it gets. Anybody who gets to come here and is interested in birds or just beauty, don’t miss it. Don’t drive by.”

When at the refuge, visitors tend to see other wildlife such as bobcats and coyotes because they are hunting the ducks. Walker said that migration is very taxing on the birds.

“They get here and they are looking to rest, but sometimes can be weak before they can replenish their nutrient reserves in their body,” she said. “They can be susceptible to predation from bobcats and coyotes.”

The other wildlife is also being seen more this year due to there not being as many visitors at the refuge.

Maestas said the refuge has not done any analysis to see if there has been an environmental impact with having less visitors, but Wiggions said he hopes that is helping.

“I hope for the better with CO2 reductions, but it seems like there aren’t as many people out here, which is better for their natural migration patterns,” he said.

As special as the experience is sharing it with others inperson, technology has made it possible to share the refuge with people around the world.

Each time Jones visits the refuge, he sends videos of the birds taking off to his friends.

“Listen to the sounds of the cranes, there’s nothing like it,” he said. “There’s no other sound like it in the natural world 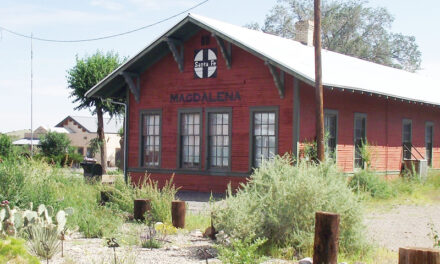 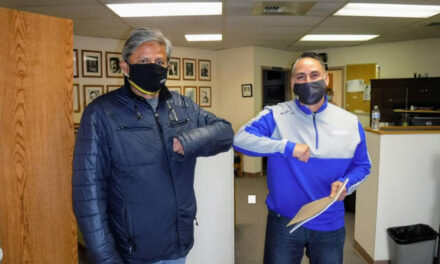 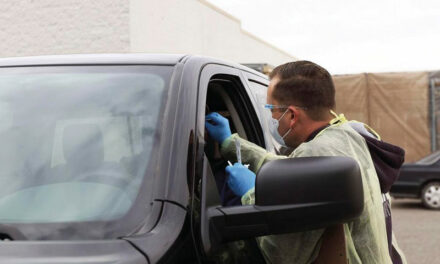