From the Sidelines: Rainbow trout arrive at Escondida Lake 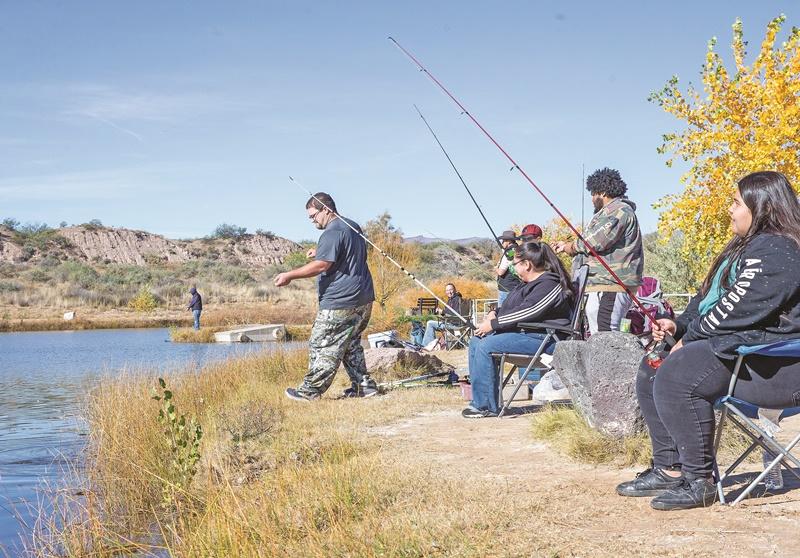 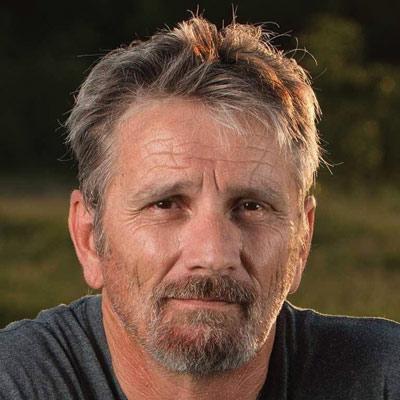 Since arriving in Socorro in early September, I have eagerly awaited the news that Escondida Lake was stocked with trout — I wasn’t the only one.

Sunday morning, I was scrolling across the internet when it dawned on me that I hadn’t checked the New Mexico Department of Game and Fish website for its newest fishing and stocking reports.

Yes, they did on Nov. 1, and I was already five days behind.

Undaunted, I went to Escondida Lake to check out the waters. Armed with my camera, I planned to take in the sights and get a few tips from the anglers.

Around 10:30 a.m., roughly two dozen people had taken up locations around the lake with mixed success.

Two fishermen well on the way to limiting out were Socorro’s Jarrod Boyce and Shawn Spivey, who had used Power Bait and Salmon eggs to fill their stringer. Boyce was working a fly rod in hopes of one more fish, while Spivey used a pair of lightweight rods for fishing the bottom with bait.

As an occasional trout broke the water’s surface, Boyce explained that nothing catches trout more than simple patience.

“You just have to be patient and wait for the right moment and then wait just a little longer,” Boyce said.

Spivey is new to trout fishing and has quickly fallen in love with the sport Boyce introduced him to last year.

“I love fishing for trout. They fight hard,” Spivey said. 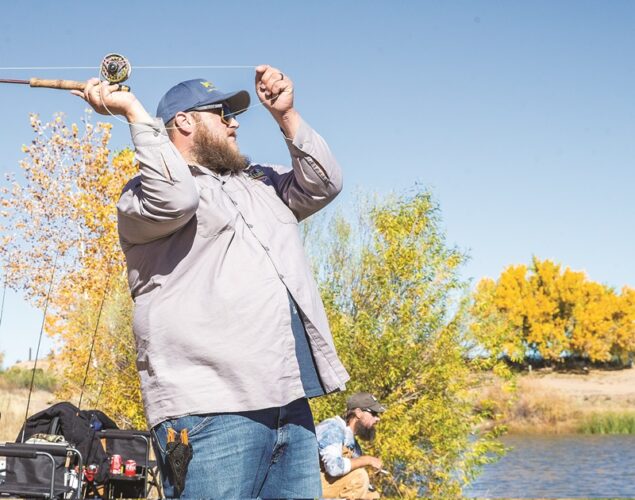 Our interview was cut short by Spivey’s hauling in a nearly 11-inch trout that bent his ultra-light rod in half. The smile on his face told me he was having a fantastic day, and it was time for me to visit someone else.

Across the lake, 11-year-old Los Lunas resident Isaiah Lujan matched the size of Spivey’s fish, and he brought it ashore on cue right after I said, “If you catch one, I’ll snap a photo of you.”

His grin was also an equal match to Spivey’s smile.

Trout fishing can be as complicated as you care to make it, but most times, the real fun happens when you simply bait fish with worms, power/dough bait, or minnows. Like bank fishing for catfish — it’s not very expensive until you start adding to your collection.

The key to successful bait fishing for trout is light tackle. You don’t need a 10-pound test line and half-ounce weights. Use barrel weights and a slip swivel so the line slides through the weight, and the fish doesn’t feel it.

A fishing line of 2-4 pounds in strength with a correctly set drag will catch most fish. I have landed an 8.4-pound rainbow on a 4-pound test line, so I know it can be done.

Remember, a 10-pound trout will take an ant-sized fly, so they have sensitive mouths and can feel the 2-3 BB weights you have pressed on your line.

If you’ve got that youngster who constantly needs to check their bait because they know they have a bite (they don’t), you can resort to lures like mouse tails, Kastmasters, and spinner baits like Panther Martin.

These are simple go-to lures for trout that aren’t hard to maintain, and they work well for younger anglers looking to feel the excitement of a fish strike.

To be safe, put the kid about ten yards down the bank from their siblings to avoid emergency trips to the hospital to remove hooks.

Parents should be warned that once their child hooks a trout while lure fishing — there will be wanted additions to the tackle box — many of them.

I’d tell you more, but I just got a bite. 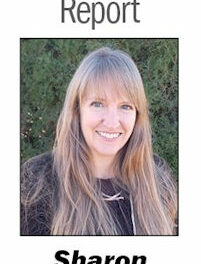 Laying it on the Line: What federal employees need to know before selecting a benefit option

Going to the fair