Story by Rachel Lorenz, for the Albuquerque Journal | Jun 2, 2022 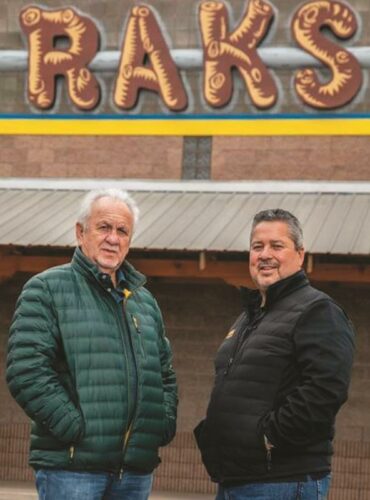 Naturally, Richie Tabet is honored to have the business he co-owns recognized nationally.

“I feel like it’s the fruits of our labor for 36 years,” Tabet said of the Dealer of the Year Award that RAKS Building Supply received earlier this year.

LBM Journal, a publication serving the lumber and building material distribution channel, gives its award to companies that excel at “working relentlessly to grow” and satisfying customers, according to its website. RAKS won in the category for independent lumber and building materials companies earning $50 million to $100 million in annual sales.

Tabet started RAKS in Los Lunas with Kenny Trujillo, his nephew, in 1986. The company sells building materials, hardware and paint to residential builders, commercial builders and to do-it-yourselfers.

A true family-owned and operated business, relatives are in key positions throughout the company, Trujillo said. His son, Carlos Trujillo, and Tabet’s son, Todd Tabet, will eventually take ownership of RAKS, which now has five locations in New Mexico — including one off a railroad spur in Albuquerque and one that houses a truss manufacturing plant.

Every project that RAKS assists with needs trusses, Tabet said. Trusses are frameworks constructed to support the roof or floor of a building.

“It’s gotten to be a real big business,” he said.

RAKS began designing and assembling trusses less than a decade ago and is now one of the larger truss companies in the state, Tabet said. He and Trujillo just invested $3 million into new equipment for the truss plant that will allow them to increase the facility’s output.

Navigating expansion can be tricky. A business can grow but not make any money and that has happened to RAKS, Tabet said. Watching overhead as RAKS develops has been key.

“It comes to a point where either you go back down to where you started, or you just go real, real high and expand and go bigger,” Tabet said. “We’re not ones to go back down.”

What difference does it make to have a location near the railroad?

Tabet: “It made a big difference because I feel like probably 80 percent of our lumber comes on rail. Eighty, ninety percent of our plywood comes on rail. The sheetrock, about 50-50. There’s a lot of different products that come on rail. It made a huge difference. It was right here in our yard. We didn’t have to send it through a reload area and then get it brought over here.”

So does that save time or money?

Trujillo: “With fuel the way it is today, I’m thinking that it’s probably 15 percent cheaper right now to get it on rail than it is to bring it in a truck.”

Considering the labor shortage, are you trying anything different now to get new employees?

Trujillo: “Well, we’ve always hired within. Every job that we have in management or whatever, we always post it and try to hire within. So we’re working real hard on that. About a year ago, we were looking, trying to outsource it to college kids and stuff like that. So we’ve made our mind up that we’re just gonna move up our people. We’ve even moved people from the outside that have been delivering that are good on the computer, and we didn’t know that. We bring them in. Try to put them in sales and stuff like that and management.”

What advice would you have for other family businesses? What works and what doesn’t?

Tabet: “Well, the biggest problem with a lot of family businesses is that the second, third-generation, they just think they don’t have to work and (they) take anything they want. Here at RAKS, we’re real structured where if you want something, you pay for it. Or you put it on an account. You just don’t take things. Coming in late doesn’t cut it with us. You know what I’m saying? You’ve seen the stories where these young second, and third-generation kids, they don’t want to go to work, but yet they want the money. That doesn’t work at RAKS Building Supply.”

How have your sons and other family members learned the business?

Trujillo: “Basically what happens is they all start in junior high with us and in high school. Basically, they’re hanging around the yard, and then we’ll send them out on deliveries when they’re in high school so they can learn the delivery aspect. They work themselves back into the inside. And then basically, like Richie said, his boy, my boy — they’re kind of tied to the hip of each of us.”

Do you think that the need for houses is just going to keep going?

Tabet: “Everybody’s talking recession again. But we can’t see that right now. We’re still planning. And we’re in pretty good shape in every area that if something hit, we could withstand it. So we’re not backing down. I mean, a lot of people were backing down, and they’re out of product. … Like Kenny says, you can’t sell out of an empty wagon. We don’t feel that. We have been through several recessions, and we know how it is. We work it so we come out of it.”

Rachel Lorenz, for the Albuquerque Journal 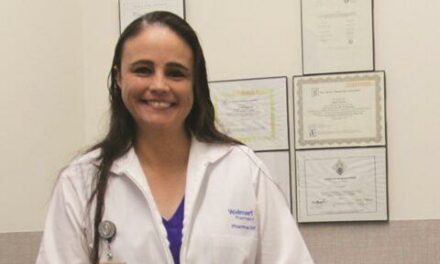 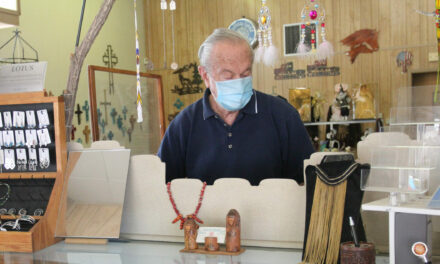 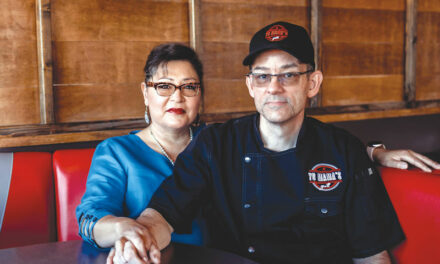