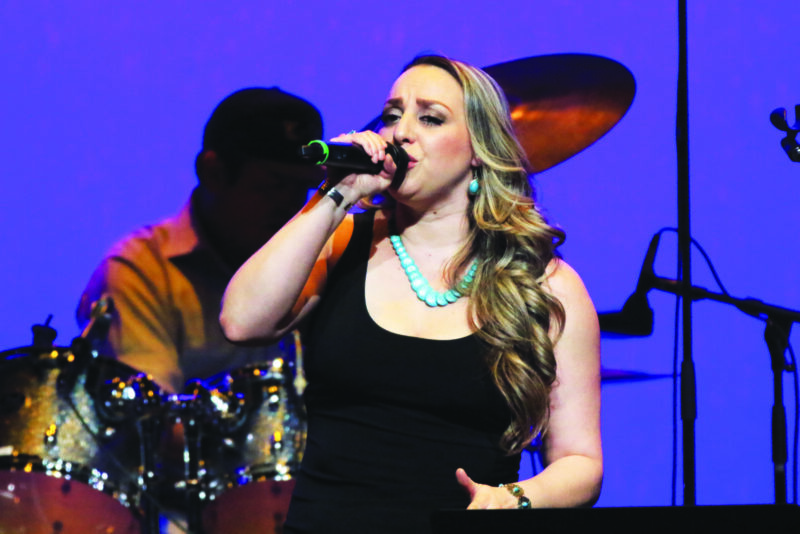 Tori Murillo performs during PAS’ WomenFest at Macey Center on March 6. The Murillo family will be performing on July 4th at 3:30 p.m. at the rodeo grounds.
Caitie Ihrig | El Defensor Chieftain

Get ready for an in-person 4th of July Celebration at its new home, the Socorro Rodeo & Sports Complex, with old and new features.

Many of the celebration’s traditional features carry forward unchanged, with live music, a water slide, tailgating, food vendors, and fireworks at dusk. Car parking will be free, along with picnic spaces on the soccer fields. Expect great music from Socorro’s favorite local bands from 1 to 9 p.m. with plenty of room for dancing, waterslide and jump balloon in the afternoon, food and other vendors, and of course, a fantastic fireworks display from NMT’s EMRTC at dark. People in the picnic area will not be allowed to have grills, generators or heat-producing apparatuses on the grass. The celebration begins at 1 p.m. and wraps up at 10 p.m.

This event is co-sponsored by the City of Socorro, New Mexico Tech’s Energetic Materials Research and Testing Center, and the NMT Performing Arts Series.
Reservations are required for RV Camping ($30), tailgate and dry camping ($15) if you want to bring your own grill, and for-profit ($50) and non-profit ($25) vendors. Tailgate means you want to BBQ some food and that requires a reservation and a tailgate space.

Anyone interested in making reservations for an RV spot, dry-camping/tailgating or to be a vendor can go online to www.socorronm.gov/city-services/public-parks. For more information, call Mike Alderete at the City of Socorro at (575) 835-7517 or email [email protected]

Suavecito (7 p.m.) is a variety six-piece band from Socorro, performing New Mexico Spanish, country, oldies, funk, R & B, Top 40 and rock. They typically are the final band performing for Socorro’s annual Fourth of July Celebration along with well-known performers such as Darren Cordova, Al Hurricane & Al Hurricane Jr., and El Gringo, and tour throughout New Mexico. But this year, they will close the 4th of July Celebration. Suavecito performs for weddings, retirement parties, Christmas parties, graduations, church fiestas, local events for the City of Albuquerque and Matanzas. They have performed at the Route 66 Casino in Albuquerque and the Sky City Casino in Acoma. One of their highest honors was playing for the Archbishop Michael J. Sheehan at the re-dedication of the Catholic Church in Isleta.

The six-piece band consists of two guitar players, bass, keys and drums. Members of the band include two former members of La Raza Unida, whose songs still air on 89.1 KANW radio station in Albuquerque. Together they possess over a hundred years of musical talent that keeps the dance floors packed. Suavecito has a CD titled “Que Padre” and are working on another recording. They have sold over a thousand copies and have had great feedback.

Blue Monday (5:15 p.m.) originated as the house band for Manny’s Buckhorn in San Antonio in 2007 with Hot Chef Bobby Olguin, playing hot harmonica and percussion, and reigning over an evolving group of musicians. As member Jim Ruff puts it: “Starting at the Buckhorn Tavern in San Antonio with Hounddog Tom Romancik, they played every other Monday, hence the name (Blue Monday). Hounddog left town hot on the trail of an enticing scent and was eventually replaced….” Since then the band has expanded and contracted with new configurations and guest artists. Currently, Blue Monday is Bobby Olguin; Jim Ruff with his ever-present, ever-solid bass, vocals and humor. Gene Cole can belt out a smokey “Stormy Monday” and woo the audience with a crooning love ballad; and sax magician Tom Hunt will have everyone up and dancing with his rich full sound and lightning arpeggios. Former Vigilante band member Bill Giebitz adds his acumen on guitar, with drummer Pierce Mayadag rounding out the sound.

The Murillos (3:30 p.m.) are a perennial favorite local band, playing on numerous occasions around Socorro County. Having performed two concerts, without an audience, for NMT PAS during the pandemic, then a parking lot concert on Primero de Mayo, they are now excited to be performing for the 4th of July Celebration in its first incarnation at the Socorro Rodeo & Sports Complex! Varying combinations of the Murillo family have been playing together for years, said Richard Murillo. “Any time anyone needs us, we play. We enjoy playing together as a family.” Other members are brothers George and Patrick with his son Matthew. Lefty Gonzales plays drums. The group brings out a good crowd, always ready to dance to their music, a wide variety of Spanish favorites, classic rock, country and new sounds. Tori said she is looking forward to singing one of her newest learned songs “Drinking Alone,” by Carrie Underwood. “It’s kind of a bluesy country song,” she said, adding, “I’m a huge fan” of Underwood’s.

Flat Note Society (2 p.m.) is anything but flat note when they offer their versions of classic and modern rock with a few originals thrown in for good measure. With deep connections to both Socorro and New Mexico Tech, the group features Colleen Gino on vocals, guitar and drums; Shelbi Etscorn, vocals and ukelele; Dylan Etscorn, bass and drums; Will Eveleth and Ben Wear on guitars. “Dylan and I have been practicing and playing together for five or six years,” said Will, with the band forming a couple of years ago. They were just beginning to make public appearances when the world shut down. Recently, however, they had the chance to practice together and performed on a Zoom Open Mic, hosted weekly by Jim Ruff.

Socorro Community Band (1 p.m.) a group of local musicians brought together by Dr. Eileen Comstock, play each year for the 4th of July Celebration and for Oktoberfest at the Hammel Museum. You will get to hear a mix of patriotic songs, marches and classic band music. 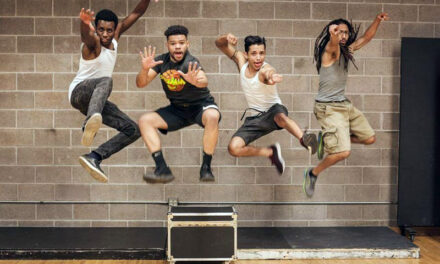 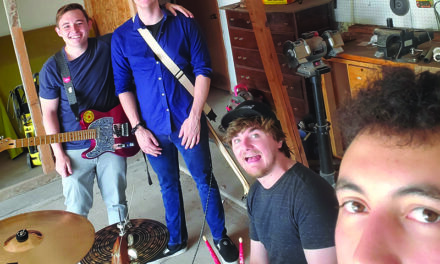 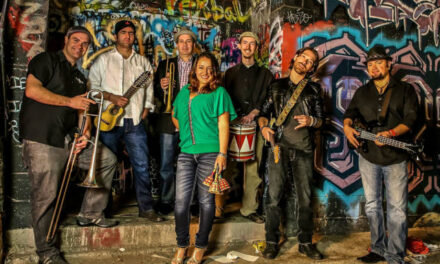 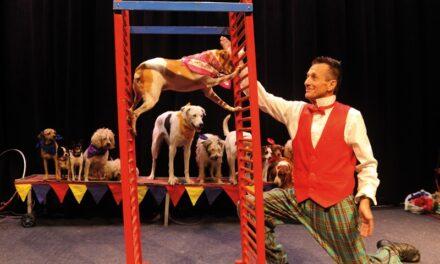