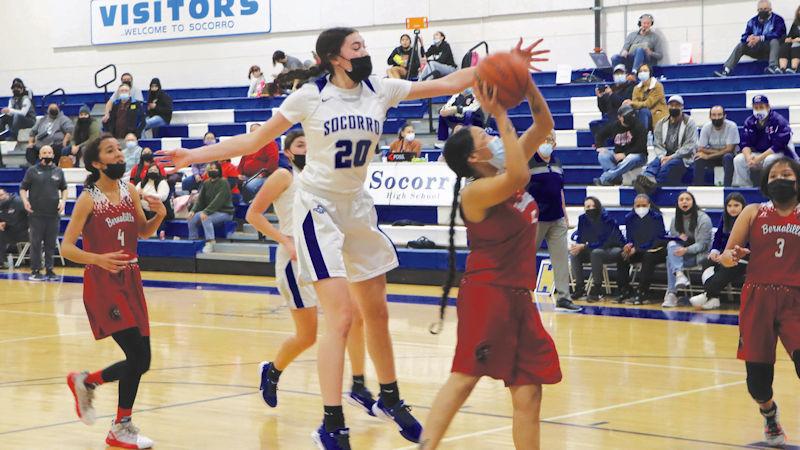 Despite the loss, senior Taelene Fowler was saying no way at the rim against the Spartans team.
Greg Byrd | El Defensor Chieftain

“We’re staying level-headed,” Spartans head coach Raymond Aragon said. “I just try to tell the girls to not get caught up in the hype because we have a target on our backs. Just playing the way that we play. When Socorro adjusted to a 1-2-2 format half-court trap, our girls were able to adjust to that well. We had a good showing tonight against a tough team. But we’ve got to get better at passing as well as behind the free-throw line.”

Prior to the varsity showdown, JV faced off. It was a 43-22 victory for Bernalillo. Captain Jazmine Alvarado was the top scorer for Socorro. Bernalillo’s Deandra Spencer put up 22 for her team during the win.

“Our team was very aggressive tonight,” Spartans JV coach Daniel Garcia said. “At the JV level, you try to have a game plan, especially going up against Socorro. We stuck to our game plan coming into this building tonight which helped us to find success.”

The varsity game had many fans coming into the gymnasium. It did not bode well for Socorro early. Lady Spartans Leah Valdez started the scoring off with a mid-range jumper followed by a big three-pointer that had the visiting crowd hyped. Multiple scores along with a lack of scores on both ends of the court found Socorro down early with a 44-28 deficit.

Lady Spartan junior point guard Juliana Aragon was imposing her will as a passer against a Lady Warriors defense that could not find an answer.

“We were able to hit open shots as a team and find the open man,” Aragon said. “We always have a target on our backs at this point and so we try to remind ourselves every practice to stay humble every game. When we play a team as good as Socorro we have to stay focused. But for us, it’s state or bust and I would not be surprised to see these girls again in the tournament.”

Bernalillo began to pull away in the fourth with junior Deandra Spencer hitting a shot under the basket which sealed the deal.

The big loss had players from Socorro frustrated coming out of the locker room. Senior team leader for the Lady Warriors, Taelene Fowler, sees room for improvement heading into the tail end of the season.

“Tonight we came out strong but we just fell short,” she said. “We played good defense but our shots just wouldn’t fall. Our team was jittery at first with this team coming into our building, but once we came together we were able to keep it competitive. We just need to get our shots to fall and we can play with anyone.”

Bernalillo won again in a closer affair against the Espanola Valley Lady Sundevils on January 15. The Lady Warriors travel to Robertson for a showdown on January 22. 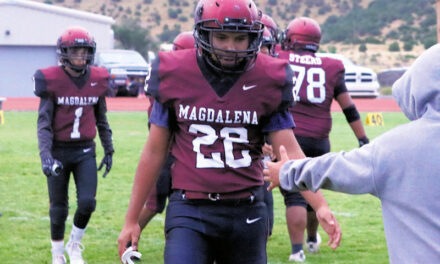 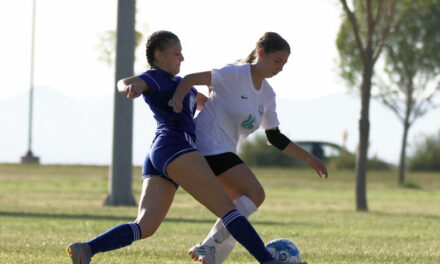 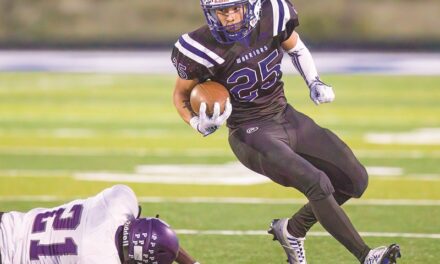 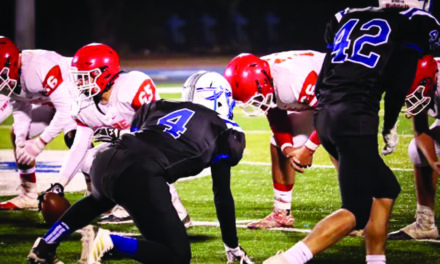