A victim reported at 12:54 p.m. an unknown suspect cashed a check at Vett’s Home and Garden LLC at 380 Vervain in Mesilla Park in the amount of $247. The victim said he did not authorize the check. A copy of the check was provided. No signature was used for the check. At this time there are no suspects.

An officer was called at 1:48 p.m. to Wal-Mart on the report of a fight. On arrival, the officer was advised that the female victim left in a white vehicle and two suspects left in another vehicle. The officer was able to speak with the victim, who said she was confronted by the female suspect in the store over something the victim said to her. The victim admitted to making the comments and was then struck by the female suspect. She said when she tried to defend herself the male suspect ran up and he also hit her. The female victim then fled the store so she would not be injured any further by the two suspects. The officer did see signs of battery on the victim. The suspects were not located and charges were filed. The officer obtained a video of the incident.

The victim reported at 12:39 p.m. that someone entered the fenced lot in the 300 block of California and attempted to force entry into a food truck. The victim stated the security cameras were moved by the suspects, so no video was available. The victim estimated the damage to be $50.

A suspect was contacted on Ake Street at 6:43 p.m. for having a valid arrest warrant. The suspect’s information was obtained and the warrant check was completed. The warrants were confirmed and the suspect was arrested and booked into SCDC.

Officers checking the vacant Sands Motel found someone hiding in a bathroom. The suspect was known to have been previously trespassed from the property. The suspect was cited into court and released.

An officer was advised at 1:45 p.m. that there was a person with arrest warrants shopping at Wal-Mart. The suspect was located and detained but attempted to pull away from the officer. The suspect was held at the scene and his three warrants were confirmed. His girlfriend was asked to take care of his items. The suspect was searched and had merchandise in his clothing, but he claimed he had the items when he came to the store. The suspect was processed and booked into the SCDC.

Officers were called at 10:43 a.m. to a residence on Lucero for a welfare check. The officer met with the parent and a male child. , but the parent said she did not know where her older daughters were. The officer checked the home that had adequate food and beds. The home had some clothes on the floor and liquor was seen on the counters in the kitchen. The officer left and contacted the CYFD caller, who stated he has not been able to get in touch with the female parent. And that the female parent had an arrest warrant out of Arizona. The female parent was placed under arrest and the male child was released to an ex-mother-in-law where the older siblings were staying. The suspect was booked into the SCDC and was found in possession of a pill bottle containing white powder. The substance was collected as evidence and will be sent to the lab for further testing.

An officer was called at 3:35 p.m. to the 400 block of Eaton where a woman had called her care coordinator and saying she was having thoughts of self-harm. The officer met with the female, who said she did tell her coordinator she was feeling like harming herself but then saying she was not wanting to hurt herself. The officer asked the female if she was thinking about hurting herself or if she wanted to speak with a doctor. She said she no longer wanted to hurt herself and did not need to speak with a doctor. The incident was documented.

Officers checking the vacant Sands Motel for trespassers located one male suspect. He was identified and a warrant check was completed. The suspect was shown to have a valid warrant for his arrest. He was arrested and booked into SCDC.

A caller in the 700 block of Reservoir reported at 7:31 a.m. that he was outside his home and heard an object strike the cab of his truck. The caller said he located a pellet from a pellet gun on a toolbox in the bed of the truck, but he did not know if the person that fired the pellet gun was firing at pigeons or something else. The officer checked the area and did not locate anyone shooting a pellet gun.

Officers conducted a welfare check at 2 p.m. on children at a residence on Walkway due to a call from a neighbor. The officer met with the mother of the children and the children and did a check of the home and found food and utilities in at the home. The home was messy but was suitable for the children. The mother addressed some of the concerns about the children being out late.

Officers were at 5 p.m. called to a home in the 500 block of Fifth Street to remove a male subject. On arrival, officers met with the victim who said he was seated on a chair and the suspect a couch. He said the suspect was intoxicated and upset, and picked up a small dog and threw the dog at the victim’s face. The victim did have a visible injury to his right eye. The dog that was thrown also had an injury to the right eye with blood around the eye. The suspect was advised to stand up and was arrested. He was taken to Socorro General Hospital for medical clearance. The suspect also had a valid outstanding warrant for his arrest. He was booked into SCDC.

Officer was dispatched at 4:10 p.m. to a residence on Fairgrounds Road for a possible theft. On arrival, a female told the officer four juveniles in a white vehicle had taken orange traffic cones from her property. The officer was given a description and advised of the value of the cones taken. The officer was able to get a picture of the vehicle from a neighbor who had security cameras. The vehicle and juvenile have not been located at time of report.

An officer was at 12:28 p.m. dispatched to a residence on Gwendolyn Court for a welfare check on a juvenile. The officer made contact with the juvenile’s father who said the juvenile was sleeping and was ok. The father advised the officer he was going through a divorce with the juvenile’s mother and requested a report on the incident.

Officers were sent at 10:20 a.m. to Zimmerly Elementary School to check for a reported broken window. Officers gained entry into the building through the window and noticed signs of burglary in the building, but no one was found inside. The officer will follow up with school administration for any items missing from the building.

An officer following up on an anonymous tip of sexual contact met with the mother of the alleged victim at 10 a.m. and advised her of the allegations. The mother stated the incident did not occur and believed someone was making false claims.

An officer was called at 12:30 p.m. to a residence on Peralta on a domestic call. At the home, the female victim stated her granddaughter was not doing her school work and was playing on her phone. The granddaughter then called her mother who came to get her, and the grandmother was telling the mother she was responsible if the child did not complete school. The granddaughter then grabbed the victim by the hands and placed her hand over her mouth. The mother and child left the area. The officer called the mother to get her side of the incident. The mother of the child said she arrived to pick up her daughter and the victim was saying that she was going to report the incident to CYFD. The mother advised her daughter did try and cover the victim’s mouth due to the threats being made. The mother said the victim then became angry with the daughter, so she stood between the two until they could enter the car and leave. No other physical alteration took place.

An officer was called at 3:45 p.m. to Wal-Mart for a possible shoplifter. The officer met with the caller, who said the female suspect was still in the store and had placed several items in her backpack. The suspect hands the backpack to the cashier of the pharmacy. The cashier begins to take out items and the female suspect leaves. The caller stated the suspect was already trespassed and wanted charges filed. The officer filed charges on the suspect. 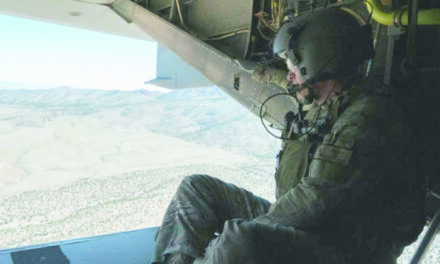 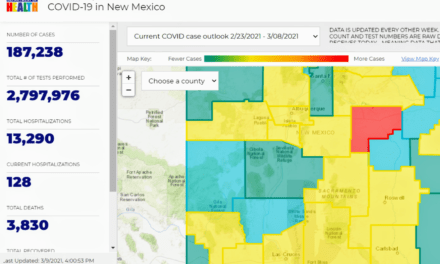