An officer at the Socorro Police Department spoke with a female at 2:08 p.m. who stated her sister began punching her truck and attempting to speak with their father who was in the truck. The reporting person stated she does not want to have contact with her sister anymore. Officer attempted to locate the suspect but was unable to.

An officer picked up a male at 9:41 p.m. who was known to have an active warrant. He was placed under arrest and incarcerated at the SCDC on the warrant.

An officer spotted a male suspect known to have an active warrant riding as a passenger in a vehicle on California Street at 7:43 p.m. The vehicle was pulled over and the suspect was advised there was a warrant out on him. He was placed into a patrol vehicle and later incarcerated at the SCDC on the warrant.

An officer was called at 11:24 a.m. to the 600 block of Reservoir in reference to a domestic dispute. The reporting person stated there have been problems between the residents of her house. She said the suspect urinated in her pet turtle enclosure and when she confronted him about it, he began pushing her. The victim stated she hit him in self-defense and then he kneed her. Officer met with the suspect who stated the victim is crazy, just like all other residents of the house. The suspect claimed she entered his room to ask about an incident and was attacked by her. The officer met with witnesses who stated the suspect attacked the victim when he was asked about the incident. The victim did not want to press charges.

An officer was called at 6:14 p.m. to the 1100 block of Vermont in reference to fraud. The victim stated there was a credit card opened in her name without her permission or knowledge. The officer is waiting on bank statements for the credit card.

An officer was called at 6:47 p.m. to the 500 block of Reservoir in reference to a male being bit by a dog. The victim stated he was walking toward his residence when the neighbor’s dog ran at him and bit him. The officer checked the man’s leg and did not notice broken skin. The officer informed the victim and the owner of the dog that the incident would be documented.

An officer patrolling on Bullock at 10:45 a.m. noticed a vehicle with a damaged front windshield. The officer attempted to perform a traffic stop on the vehicle. The driver refused to bring the vehicle to a stop and kept going and finally parked at a residence. She exited the vehicle and ran inside. The officer was able to have her come out and placed her under arrest. She stated she believed the officer was pulling her over due to her vehicle being up for repo. She was cited for defective/improper equipment and then transported to SCDC and booked on a charge of aggravated fleeing a law enforcement officer.

An officer was called at 11:19 a.m. to the Socorro Police Department to meet with a female who stated her sister arrived at her work to pick up a handicap placard. She said while her sister was there, she began yelling at her. The reporting person said her sister posted to Facebook stating, ‘if you walk up to my car again, I am going to hit you with it.’ The reporting person stated she would like the incident documented.

An officer was called at 4:13 p.m. to the 700 block of Neel in reference to neglect. The officer met with the reporting person who stated the suspect is refusing to care for the victim who is the mother and needs a caretaker due to a dispute that occurred recently. The officer met with the suspect who stated she is upset with the victim due to the way she treats her father. The suspect stated her father was transported to the Socorro General Hospital and she told the victim she was no longer going to care for her. The reporting person stated she wanted the incident documented.

An officer was patrolling on Long Street at 7:08 p.m. when he noticed a female known to have an active warrant for her arrest. When she saw the officer, she started to run off. She was caught and placed under arrest. The officer transported the female to SCDC where she was booked on her warrants.

Officers were dispatched to the 500 block of Reservoir for a male who was threatening people with his dog. While questioned about the incident, the male suspect not only refused to speak about his dog biting his neighbor on the pant leg, but he tried sic-ing the dog on the officers. He was arrested and tried to pull away from the officers when being handcuffed. The suspect was charged with assault, assault on a peace officer/failed battery, resisting/evading, and concealing identity, and incarcerated at Socorro County Detention Center.

An officer was patrolling on Liles and spotted a male known to have an active warrant for his arrest. The male was placed under arrest and a search turned up narcotics in his possession. He was charged with possession of a controlled substance and taken to SCDC where he was booked.

An officer was called to Socorro Police Department where a male reported that his license plate was stolen. The plate was entered into NCIC as stolen.

Officers were called to Socorro General Hospital in reference to a male being trespassed and refusing to leave. The officer made contact with the suspect and told him he had to remove himself from the hospital property. He refused to leave and became aggressive. After a short struggle, the suspect was placed under arrest and charged with assault, battery on a peace officer, assault on health care personnel, resisting/evading, disorderly conduct, and criminal trespass. Officers submitted to exposure testing due to the male spitting on them while in custody.

An officer was dispatched to the 100 block of Peralta for trash burning in a backyard. The officer met with a male who said he hired someone to clean his yard and they were burning trash.

An officer was dispatched at 5:22 a.m. to Vista Montano for a larceny, where someone stole two bottles of mouthwash. The officer did not see any signs of forced entry.

An officer was dispatched to the 600 block of Bagley for a stolen motor vehicle. A video of the incident was viewed. The officer was advised a female left a vehicle in her yard and the officer noticed it was the stolen vehicle. A video showed a female leaving the vehicle in a yard and running into a residence across the street. The officer got the owner’s permission and located the female inside the residence. She was charged with unlawful taking of a vehicle, disposing of stolen property, criminal trespass, possession of a controlled substance, and tampering with evidence. Another female in the residence had a valid warrant for her arrest. Both were incarcerated at Socorro County Detention Center.

An officer was called at 4:47 p.m. to Walmart for a vehicle being stolen. The officer met with the victim who stated a male approached her with a knife and demanded her vehicle. She said he grabbed her and demanded the keys to the car. She threw the keys in the parking lot and ran off. The male suspect recovered the keys and drove off in the vehicle. The victim said the car was seen turning north onto California Street. The officer was able to speak with a representative from OnStar Vehicle services. The representative said the vehicle was northbound on Interstate 25. The officer was advised by assisting officers a police officer was behind the suspect. The OnStar representative was able to disable the car and the officers in pursuit were able to arrest the suspect. A knife was located in the vehicle. The suspect was charged with unlawful taking of a vehicle, and robbery (with a deadly weapon, 1st offense).

A victim in the 300 block of Sixth Street reported that he walked out of his yard at 8:49 a.m. and noticed a male that had been sleeping in a tent in Clarke Field. The male began an argument with the victim and made threats to damage his property. The suspect was contacted and advised to stay away from the victim’s property.

A victim reported at 11:49 a.m. she had a valid order of protection against the suspect, yet he called her cellphone in violation of the order. The officer did see the call log on the phone showing a call from the suspect. The incident was documented.

A caller reported at 6:04 p.m. that he was meeting a male at 7-Eleven to have a compound bow returned to him that was stolen. The caller said he had a serial number for the bow. The officer met with the male in possession of the bow, but that bow’s serial number did not match the one provided by the caller. The serial numbers were checked in NCIC and neither was reported stolen. The bow could not be verified as stolen.

A caller found a cell phone on College and El Camino Real at 11:31 p.m. and turned it over to police.

A caller reported at 11:35 a.m. that she had called police the night before to have subjects removed from the residence in the 600 block of Park Street. The caller arrived today and found a male walking out of the home. The male claimed he was closing windows that were open. The officers cleared the home, and no one was found. 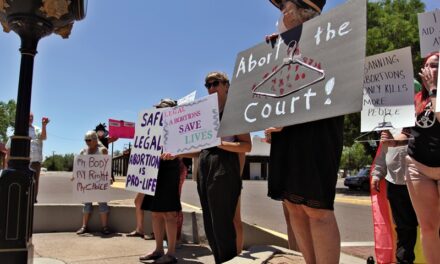 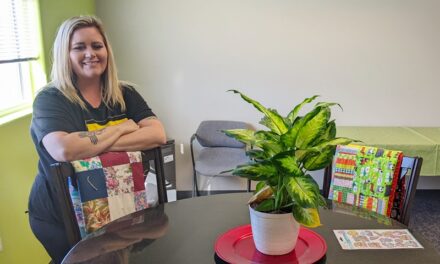 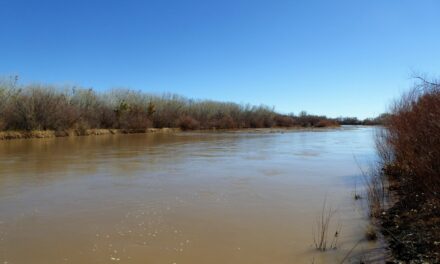 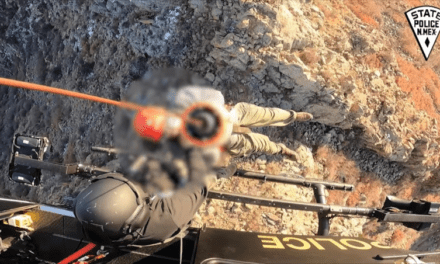