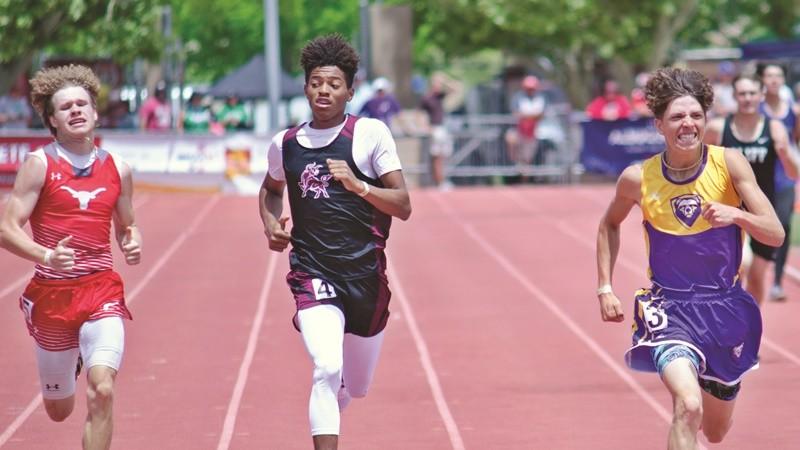 Magdalena’s D’Shaun Vinyard, who has been hampered most of the track season with an injured quad muscle in his left
leg, eyes the competition in the 400-meter run as he finished second Saturday at the 1A-3A state track and field champi￾onships in Albuquerque.
Glen Rosales photos for El Defensor Chieftain

ALBUQUERQUE – Back to back is a phrase that is getting a lot of use in Magdalena.

Just a few months after the boys basketball team won its second consecutive state championship, the boys track and field team – filled with many of the same players that patrol the hardwood – earned its second straight title.

“It was just as good as the first one,” said Steers coach Sara Sue Olney. “They worked really hard to put themselves in that position and everybody did their jobs, so it paid off very well.”

Magdalena totaled 90 points, sealing the victory early over runner-up Fort Sumner’s 64. Along with a championship tie in 2015, the Steers who have three blue trophies in the state are starting to build a culture in the sport, said junior Joshua Baca, who helped the 4X400 relay team set a school record in 3-minutes, 38.54 seconds.

“I couldn’t ask for anything better,” he said. “We have some of the most athletic people I can think of in our class. It’s very nice knowing that I have people like that on my team. I don’t drop any expectations. I want to keep winning. That’s my goal is to win.”

Although the Steers entered that final event with the team championship already secured, they were unaware of that, Baca said.

“Our coach wouldn’t let us know the points, so we didn’t know whether we had to give it our all or just take it easy,” he said. “So we it gave it our all, trying to get gold and trying to bring home a new school record, which we did.”

“I did that purpose,” she said. “I pretty much knew where we stood. I knew where we were standing. I knew we were pretty far ahead. I don’t like to let the kids get comfortable or complacent. I don’t think they realized how many points we would be ahead. Once they heard the initial announcement, they were kind of surprised that it would be that big of a win.” 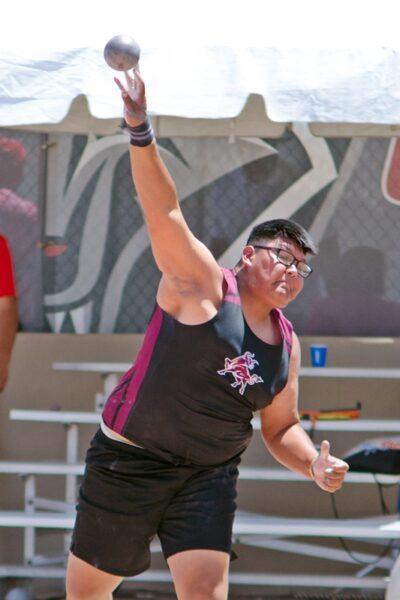 It helped that despite last year’s high-point athlete, D’Shaun Vinyard, being hampered by an injured left quad injury Kael Stephens stepped up big with 28½ points to take the honor this year.

“We knew it was going to be harder,” he said. “We have more athletes this year but one of our really good athletes (Vinyard) has been suffering from a partially torn quad all year. He hasn’t been able to do what he did last year.”

As an example, Stephens pointed out, “He got third in high jump, which is very unusual for him. I think it puts a little bit more pressure because I have to do a little better in all of my events.”

For his part, Vinyard said it’s been a wearisome track season after getting injured while sliding into home during a baseball game early in the season.

“I felt like I could have done a lot better,” he said. “The quad is doing better but it still hurts. But it’s doing a lot better than it was. It just frustrates me because it’s holding me back from my full potential.”

Still, the fact that he was willing to get out and help the team despite being at less than 100% is typical of the Steers, Olney said.

“They all work hard and they all buy into the same ending,” she said. “They all want to win it. They buy in with each other and stick together and have leaders that keep people going. And we have more than one so it’s pretty easy to coach them.”

It was far from a one or two athlete show for Magdalena, however, as thrower Joaquin Billy, who hasn’t lost an event this season, kept that streak alive by easily winning both the shot put and the discus, even if his distances were a little bit off his personal bests.

“Probably just over thinking,” he said of his lower distances.

Billy takes a simple approach to his craft.

“I just try to throw it as far as I can, to try to see how far I can throw it and see what happens,” he said. “I throw at my house. We have a shot put at my house. And I guess throwing some hays around because we’ve got some horses. I mostly love seeing people’s reactions That’s pretty cool. I think, ‘Yeah, that’s me.”

The whole team kind of takes that attitude.

“It’s unbelievable,” Baca said of Magdalena’s attitude. “I’ve dreamt of winning a state championship since I could remember and to be able to do it as much as we have been and as consistently as we have is amazing.” 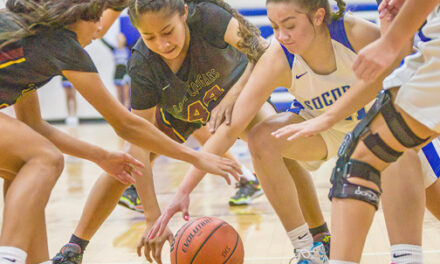 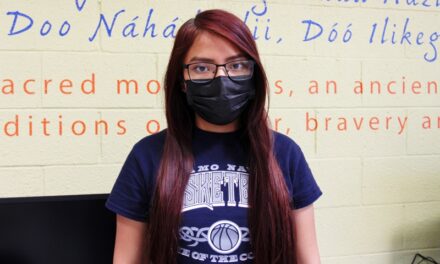 Athlete of the Week: Claire Apachito 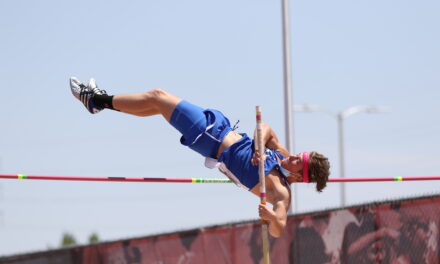