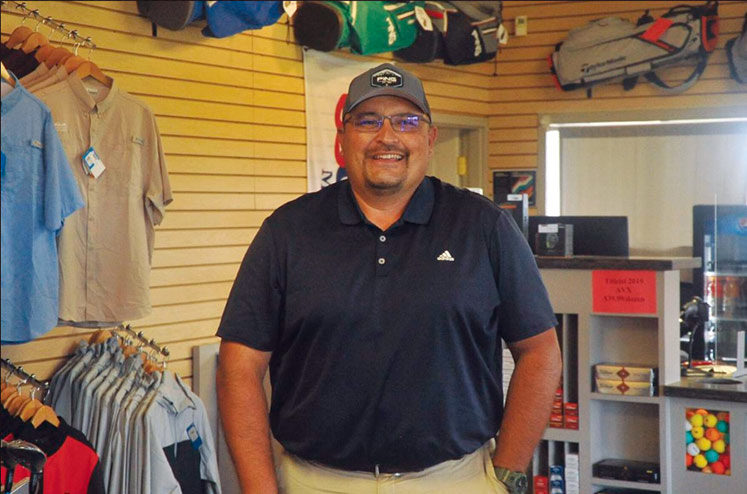 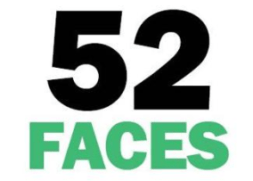 Sabino Grijalva is the Director of Golf at New Mexico Tech. He’s a Roswell High and New Mexico Military Institute graduate who has been with the course since 2004.

You graduated high school from Roswell. Did you grow up in Roswell?

No, I grew up in Hereford, Texas.

What was that like? Was golf a thing out there for you?

There is more head of cattle out there than there are people. They had a great golf course, John Pitman Municipal Golf Course is the golf course name. That’s where I grew up and learned how to play with my dad taking me out and teaching me how to play. We did a lot of short game work, putting and chipping. Not much golf course play. We couldn’t afford it at the time, so we did go out and play quite a bit but a lot of the time he would take me to a soccer field or some open field or park where I could hit balls as a young kid and try to figure out to swing and how to hit the ball. We didn’t do a lot of driving range stuff. We would go to a park using old golf balls. We would spend the entire day hitting balls over there.

How much did that affect your game in a positive way?

I kind of felt like it was good for me. My dad was doing the best he could, the best he knew how to in order to teach me how to play the game with what resources he has available to him and just trying to make the best of it. Again, we couldn’t afford to go the golf course and buy range balls and stuff like that, so I feel like by having to do that it taught me the importance of discipline and practice, making the most of your practices, working on something specific and just trying to get a feel for what club to use and how far you are and controlling the ball. So it definitely helped me as I grew and started playing out on the golf course where I wasn’t taking five or six hours to play nine holes, or getting frustrated and quitting and giving the game up.

When did you move over to Roswell?

So I did one year of high school in Hereford, my freshman year, and my dad got a new job so we moved to Roswell and I started Roswell High my sophomore year.

Were you a varsity golfer all three years there?

Obviously even then golf was a big part of your life. Was it your intention to get a golf scholarship?

Yes it was. I always had this is idea or dream of playing college golf and being able to go to college on a golf scholarship. That was kind of my goal as a young kid. People talk to you, adults, teachers and coaches over the years saying hey, you can get a scholarship to go play golf and earn a degree. That idea got put in my head as a young kid. There were some great people, great coaches and teachers that were supporting that idea. I feel like that’s the path I went down and today I try to do the same for young kids in Socorro as they come up. Whether it be junior golf program, we talk about that and we put that in their ear and we say hey, if you practice and work hard and commit yourself to whether it be golf or anything else, commit to it, go to school and get an education. I’m a first generation college graduate, so it means a lot to my family being able to go to college in the first place. I was clueless going there; like I didn’t know what to do. I didn’t know about SAT’s and ACT scores and all of that. It was a learning process as I went along and I’m glad I had some good people to help me along the way, and coaches that guided me along the way and took me in and said hey, you can come play here. I’m very appreciative of that and I’m trying to pass it on to the kids today.

You got to kind of stay at home in Roswell when you went to New Mexico Military Institute. That’s not really a traditional college experience. What was your time there like?

NMMI was very interesting. I guess you could say I did not grow up in a military family or household but dad, I think he could have been a drill instructor in another life. He was sometimes very difficult to deal with whether it be golf or anything else. We joke about it now and laugh about it now obviously.

But it was interesting. It really was a great experience. I feel like it changed my life from the standpoint of discipline, ideals, morals, values; I felt like I had good morals and values going in but just lacked a little bit of discipline. All the kids when you go there you live on campus, so it was kind of weird going to school there not being able to go anywhere in Roswell and being away from home for the first time. But it was kind of nice because I was in town. I could literally try to sneak away if I wanted to, but I was so afraid to get in trouble. I wanted to do my best to keep on the straight and narrow and keep out of trouble so I could go out to practice more and be at the golf course more, rather than marching around with a rucksack and a rifle and cleaning and polishing brass. They called it tour squad and one tour was one hour, so depending on the severity of what you did they would put you in for two hours or four hours or eight hours depending on what you did.

The only thing I can claim that I did really well when I was there, because I felt like I just got by and passed my classes and didn’t win any tournaments when I was playing on the team, but the thing I did well was I stayed off of tour squad. Not one hour of tour squad so I was pretty proud of myself afterwards.

Kind of a turn of events really. I really got into law enforcement when I was at NMMI, then going into Western I started researching it more. Long story short I wanted to be a U.S. Customs agent, applied and got hired. I went to basic training academy in Glynco, Georgia and was maybe halfway through and I didn’t pass some tests and got weeded out basically. You have to pass a series of written and physical tests and that didn’t work out. So I came back home very disappointed in myself. I had just gotten married before I shipped out. I really wanted to be in law enforcement. I just came back home and reorganized myself and figured out what I’m going to do as a career. I started talking to some coaches, high school coaches from Roswell High (Steve Willis) and he’s like you really ought to get into the golf business. I’ve been telling you that since you graduated high school. So I pursued that and started looking for jobs in the golf business. My major was business management so it all kind of fit together and made sense. Fifteen years later here we are.

I came to Socorro to get into the business and started working for Russ Moore back in 2004 and haven’t looked back from that. A law enforcement career, I kind of wonder about it every now and then, but I’m glad that I chose the career that I chose and things worked out the way they did. I am so happy to be doing what I’m doing. Basically I play golf every day in tournaments and events and teach golf and be around golf, it’s been a blessing that I’m able to do all of this and be around great people. I’m around all of these people who want to do great things in life and be positive.

Obviously Tech is a beautiful place. That’s a great golf course, and there’s obviously great appeal in being on that course every day. But how does that entire community appeal to you?

I relate to everyone I guess in this community very well. I love the people here in Socorro. When I got here everyone was very welcoming to my wife and I being newcomers. The people I’ve met along the way being here I’ve developed relationships, friendships, business relationships. I’ve seen kids grow up and move on and become outstanding members of society and being successful. Seeing all of that makes me feel old for one. I remember getting here and Russ had two kids and his two kids I watched growing up and now they’re almost out of college. I’m sitting there thinking about man, I’ve been here this long?

But getting to know the members of the community, whether they stay in Socorro and find opportunities here … or they move on to other parts of the country or state and be successful in what they’re doing, it’s very nice to see that and knowing hopefully when they think about Socorro they think about good times and experiences. It’s good to see people doing well.

There’s kind of a glorified notion of being in the industry you’re in. You get to hang out on the golf course all day, but what’s the most challenging aspect of your job?

Probably the most challenging, and a lot of people don’t know this but I guess they’re going to know this now is that I’m probably more of an introvert. I do really enjoy being alone. I don’t really know why. I’ve come to understand that when I first got here it was long hours, being around people and not in a negative way at all, it was just straining for me mentally. I would get home and and I’m not tired, I’m just like mentally I’m done. I just know that probably the most difficult part for me is trying to make sure that I get home and I find some alone time with just my wife and I and try to get the batteries recharged and go the next day.

What do you do for fun? What does your spare time look like?

My alone time is usually spent practicing golf working on my game, getting ready for the next tournament. That’s usually my first go-to. When I really just need to get away I jump on my motorcycle and just take off on the road somewhere. I love being on the bike. You’re all by yourself with your thoughts and you can think about a lot of things and maybe put things in perspective. My wife and I enjoy shooting. We sometimes go up to the shooting range in Albuquerque. We have little competitions against each other. It’s fun for me talking about guns, golf and motorcycles. 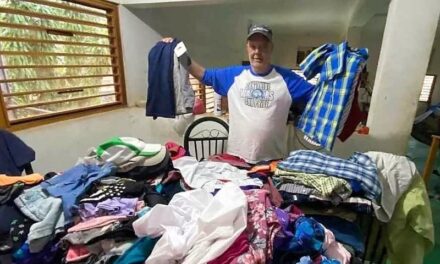 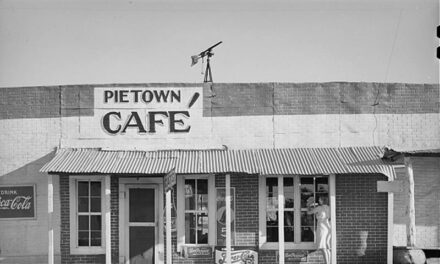 The Life of Pie (Town) 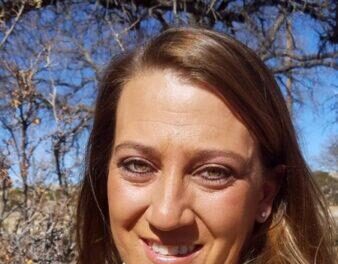 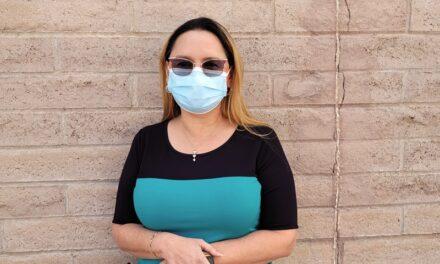 Sandoval uses her experiences with epilepsy to help others