Home » Sports » NMBRA forced to get creative while arenas are empty 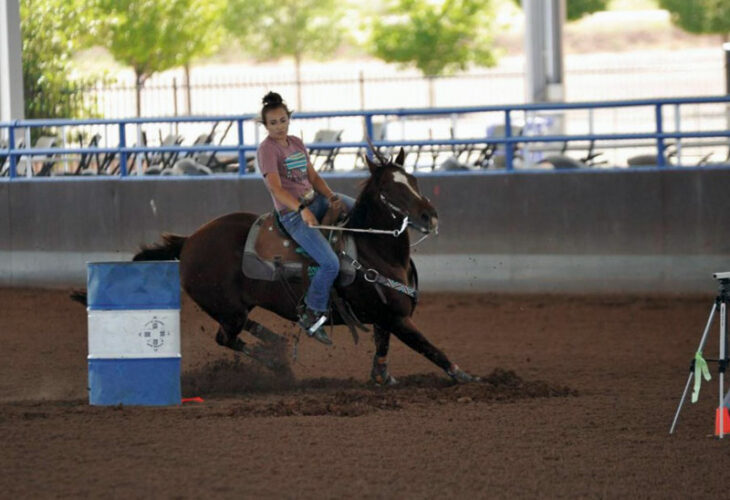 Even as a handful of businesses in Socorro County and New Mexico begin to operate again under restricted guidelines, Governor Michelle Lujan Grisham has yet to lift social distancing practices, and gatherings of more than five individuals remains prohibited.

The majority of businesses, scholastic institutes and organizations have been forced to construct unorthodox methods to address the COVID-19 outbreak, and the New Mexico Barrel Racing Association is no different.

With its end-of-season finals postponed until at least June and the inability to cater to an entire arena full of rodeo fans, the NMBRA has adapted by holding virtual barrel races in virtually empty arenas.

Sharon George, the District Director of the NMBRA and a lifelong barrel racer herself, said she thought of the possibility of virtual races when she saw someone else doing it, and people encouraged her to move forward.

The races, which now number four since the second week of April, have been gaining traction with riders not just in New Mexico, but in the entire region. The first race was “attended” by 38 riders, the second race had 55 participants and the third, 58.

“I think we have close to 2,000 followers on the page, and so many of them live other places. Even during my normal races we have people come here from Colorado, Arizona, and they already know about it so they share it,” George said. “So now we have people from Nevada entering, Texas entering, and all over New Mexico.”

George said that people who have never entered an NMBRA race are doing so currently, because in part they’re simply looking for something to do. Rodeo and ranch families are not normally accustomed to staying put for too long.

“Even though you’ve been sitting idle for so long, you didn’t think it was going to be that long,” she said. “So at some point you think it’s going to start back, so you’ve got to get your horses in shape again. So you fire them and run them, and you don’t always necessarily want to do that for no reason on certain horses.”

And while these virtual races certainly give riders exactly that – something to do – the association still has to find a way to pay for its possibly upcoming NMBRA Finals.

During a normal, non-virtual race George said the organization keeps 20 percent of a rider’s entry fee, and then puts $5 of that towards arena maintenance. While virtual races are being conducted the entry fee is $25, and $20 of that goes back into the payout pot.

“We give saddles, we give prizes; we add a lot of money to the finals. Me being in panic mode, I’m thinking I’ve got to make some money,” George said. “We’re not getting rich doing it because it’s a cheap entry fee.”

Between the four races as of last weekend, the NMBRA is back up to what one race would make over the course of the three virtual races so far.

While that addresses the issue of money, there’s still the matter of actually putting on a race when its participants are spread across at least five states and keeping those participants engaged.

“I have a set of rules. Every week I put the specific measurements out and the key is that I change them every weekend,” George said. “If you don’t, then people are going to think ‘I ran too slow, I‘m not going to enter.’ You have to keep them guessing where their time falls. I have a diagram that shows them the exact markings, where they need to stand, and how they need to time it.”

In regard to actual timing, that can get a little bit tricky for anyone on a home floor that doesn’t have laser timing that records to the thousandths of a second, which is what the NMBRA uses. Stopwatches don’t, so George again had to get a little bit creative.

For those who don’t have a timer that times in thousandths, that score receives a nine on the end automatically. That may not seem like a huge deal, but as George is scoring the races in 1D through 4D format, time is precious.

George said she’s probably done more work on virtual barrel races than she would a normal race, as she receives all of the video race entries every week in her email.

“I don’t watch 50 barrel racers at a barrel race. But I have watched a lot of barrel races,” she said. “This has been probably as much work as putting a real barrel race on. It’s a lot to keep track of.”

But the association is again still bringing in some money, riders are getting back in the arena and George even has a plan once events and arenas do eventually open back up to the public with positive social distancing.

When riders compete in virtual barrel races on afternoons at the Socorro Rodeo Arena, Director’s Assistant Mike Alderete allows just two timers and three riders on the arena floor at the same time, per the governor’s orders.

“And that’s the key with virtual barrel racing,” George said. “It’s social distancing at its best.”

For the time being arenas across the state and country will have to remain quiet, but the sound of hooves pounding the dirt can still be heard in Socorro.

Los Lunas’ Abe Henson, whose daughter Makayla is the New Mexico State Junior Rodeo Queen and competes in the NMBRA’s virtual races, said barrel racing is just one big family in itself.

“I grew up around rodeo. My older kids did rodeo and my daughter does rodeo now and I love it,” he said. “A rodeo family is just a whole different deal. Rodeo families just seem tight-knit.”

“It is a competition, but it’s not like oh man, she just took first. We cheer each other on.” 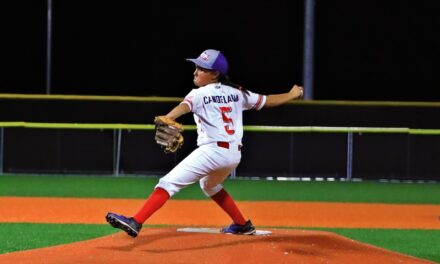 Magdalena girl plays baseball with the best in national tournament 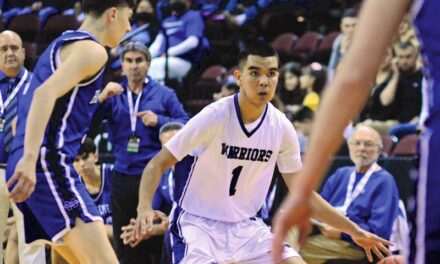 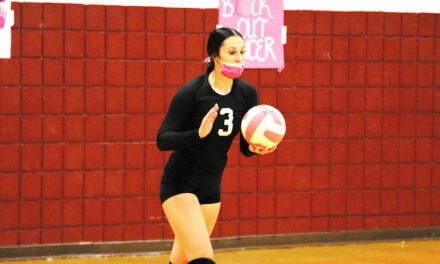 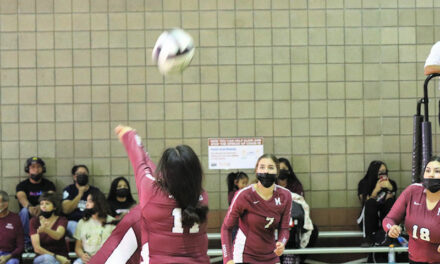