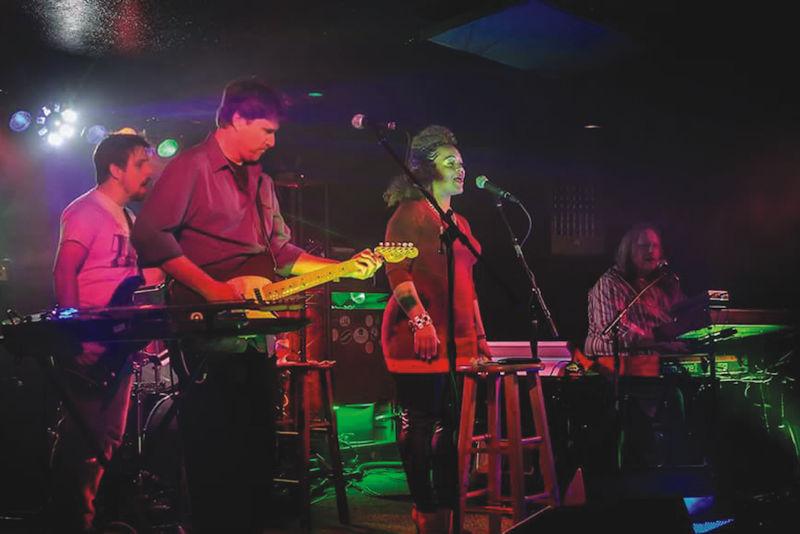 SOCORRO – Last January, we were still in lock-down mode but hopeful the nightmare would soon be over. Now, a year later we are learning to live with what seems to be the new normal. But at least we can see people and hear live music at New Mexico Tech’s Macey Center.

Zoom and live-stream media may have saved our sanity while we were all quarantining but it lacks pazazz especially with a light show. That’s why Ronna Kalish, director of NM Tech’s Performing Arts Series (PAS) is particularly pleased to bring back a popular Albuquerque band with a Socorro connection.

Pink Freud faithfully recreates the innovative, psychedelic sights and sounds of Pink Floyd, taking listeners on a time-warped trip back to the space age, or spacey age, with well-known tunes such as “Brick in the Wall” and  “Comfortably Numb” with a light show to match.

One of the Socorro connections is Chuck Hawley on guitar, a professional musician who grew up in Socorro. A second Socorro connection is a fan and patron of the band, Frank Etscorn, professor emeritus at New Mexico Tech.

“I love word play,” explains Tony Orant, who is credited with pulling the band together. Frank Zappa, Neil Peart, Hunter S. Thompson and Elmore Leonard are some of my favorite writers, … they all enjoy playing with words. …It hits all the marks for me: It’s wry. It’s a pun. The ‘Freud’ gives it psychedelic credibility (ha!), and when you hear the name Pink Freud, it leaves little doubt as to what it’s branding. And it’s very easy to remember!”

Orant is a stalwart of the Chicago music scene and toured worldwide with numerous bands. He actually had formed a Pink Freud before moving to New Mexico in 2015. “When I discovered how much Albuquerque loved classic rock (and the history of notable rock musicians who emigrated from New Mexico…), I knew I had to put Pink Freud together for real,” Orant said.

“Nobody was playing this kind of music, and I knew if we did it well, people would come. And I knew, when I found like-minded players, we would be able to do it really well.”

His first Albuquerque friend, whom he met at Grandma’s Music, became the visual artist of the group. Orant knew Mike Gerdes was a Pink Floyd fan and that he would be an asset to his band but didn’t know that “not only was he a Pink Floyd fanatic, he was a degreed lighting and stage set designer,” Orant said.

“I tried recruiting Chuck (Hawley) initially, though we had never met, solely based on his Facebook posts. I could tell by his guitar-related posts that he would be a great acquisition for the band because he was obsessed with tone. … Chuck was a very in demand player, and it took a short time before I could convince him to come and play, but it clicked instantly,” Orant said.

Hawley is a 1983 Socorro High School grad. “I consider Socorro my home town because I spent my formative years there,” he said. “It was a great place to grow up because of the natural surroundings of the desert and mountains, the people of the town, and also because there were some stellar local musicians that really inspired me on the guitar (such as Anthony Rosas).

“I played my first bar gig at the Capitol at the age of 18. I had to get a letter from my parents allowing me to do so,” he recalled.

One of his friends in high school was Frank Etscorn’s daughter, Keli. “She would make me great mix tapes from Frank’s record collection, so their family was another musical influence on me. Frank was one of my professors at Tech as well,” Hawley said.

“I’ve always loved Pink Floyd,” Hawley said, “David Gilmour is one of my favorite guitar players; so this is a very fun and rewarding band for me to be in.”

Vocalist Rachel Ross was the first member of the band that Orant recruited. “I can’t sing Rachel’s praises enough, but once you hear her, you’ll know why,” Orant said.

Orant credits Hawley with bringing in Douglas Bellen on bass. “I play bass as well as keyboards (and some guitar), and I knew Doug as a fellow organ player but didn’t realize he played bass. And guitar. And horns! Doug is one of the most musician musicians I know. He… gives us a lot of flexibility to do things other Pink Floyd tributes can’t do. Doug recommended Brad Yablonsky on drums, and Brad was an instant fit,” Orant said.

Saxophonist Carli Marshall was added a few months later. “She was also very in demand, and while I had seen her perform with various bands, everyone already knew and had played with her, so it was an immediate fit,” Orant said. “Once she joined the band and would start playing, it was like a supercharger!

“Finding Sarah Rebello Amaral took a bit more time, but when we finally did, and we heard Sarah’s voice mixed with ours, we knew we’d completed our family. The response to Pink Freud was overwhelmingly positive, and our audience grew as the word of mouth started making its   way.”

“I feel that we play the music of Pink Floyd with a lot of spirit and soul, and I hope Socorro and people on the internet everywhere enjoy the show as much as we will!” said Chuck Hawley.

Sponsors for the Jan. 28 show include Frank Etscorn, NRAO, NM Tech Student Association, Survice Engineering Co. and Matt Perini & Michelle Pfeifer.  Tickets for adults are $15; $12 for seniors and $5 for youth. Tech students may get their free ticket at the bookstore or at the door. For more information, visit the PAS website at nmt.edu/pas, email [email protected] or call 575-835-5688. 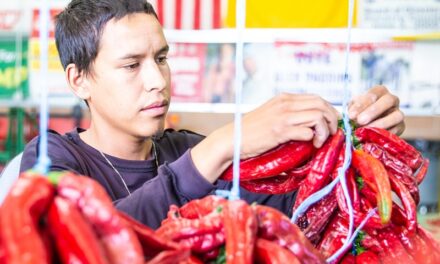