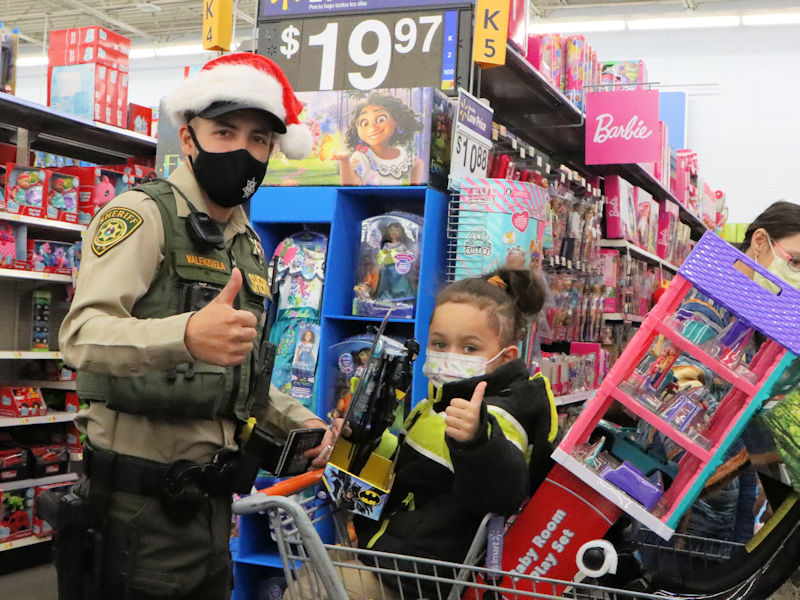 To help ring in the holiday spirit, the Socorro Sheriff’s Department put together an all-day event for 15 families with kids of all ages.

Local businesses donated the funds. Undersheriff Amanda Vega was in charge of the festive event.

“We got with the mayor’s office first,” Vega said. “I reached out to how gifts were given to the kids. We were able to get donations from around town. From there we contacted the schools to find out what families were most in need for the holidays.”

The community fundraiser came together quickly as organization began during the week after Thanksgiving. Deputies worked with principals and councilors from Parkview, La Promesa, San Antonio and Alamo to get families across the county. Any member of the family was welcome to join in. 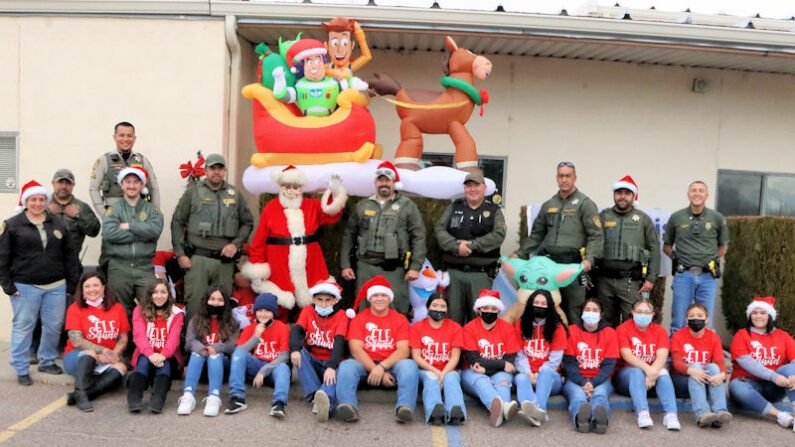 Socorro County Sheriff William Armijo (right) along with helping deputies are joined by Santa and his elves.

The morning began at 9 a.m. with Desert Diamond restaurant serving up smothered breakfast burritos with the choice of red or green chile. Elias Jaquez was in contact with the sheriff’s office to present the early morning fresh meal and was cooking up a storm in the kitchen.

“Things like this are incredibly important,” Jaquez said. “I’ve seen things like this on both ends. The holidays have been incredibly difficult due to COVID. Having indoor dining alone back is a small step in the direction of returning to normalcy. On behalf of our restaurant I would just like to wish everyone a merry Christmas and I hope this brings some level of positivity to our community.”

Once breakfast was finished, members of the Sheriff’s Department brought the kids over to Wal-Mart so that they could buy clothes, toys and other necessities for the holidays. Some went for dolls. Others were more into action figures or remote-controlled cars.

After shopping with the officers, it was time to visit with Santa who was making a special last minute guest appearance at the Annex building. Decorations, sponsored by the Kiwanis Club, were placed out front and included Buzz and Woody from “Toy Story” as well as a life-sized Baby Yoda.

“Christmas is always an optimistic time,” Santa said. “The kids today have all been nice and asking for good things. The younger ones ask for toys or video games while some of the older ones ask for things like peace or happiness. Everybody in the family is having a good time is the most important things. I come everywhere and how could I not bring the reindeer here to visit Socorro?”

“We wanted to do something special for families in Socorro,” he said. “This has been one of the worst times I have seen in my life. Being able to see people getting out and enjoying each other’s company is so terrific for the holidays. Being able for our department to do something nice towards others is the biggest reward.” 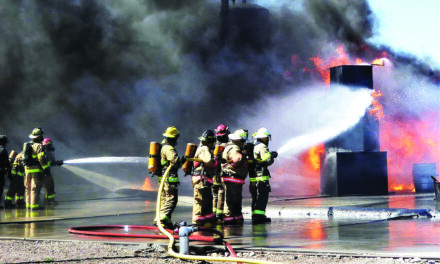