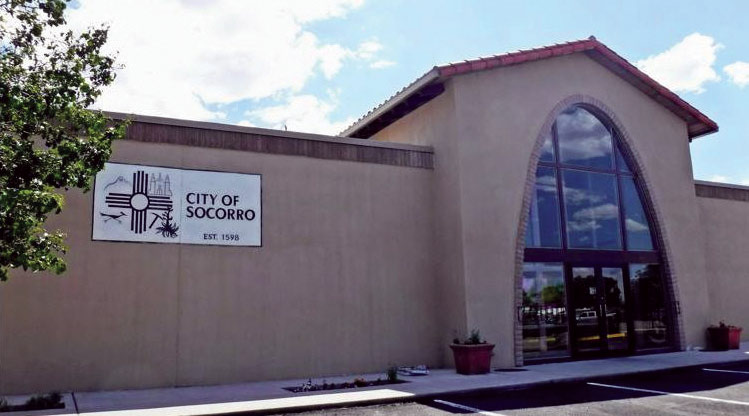 At a special meeting July 29 the Socorro City Council approved the budget for the 2020-2021 fiscal year.
According to a city document that budget includes regular maintenance and operational items, as well as the following:
• A one percent annual salary anniversary increase.
• A short-term salary adjustment for all full-time and part-time permanent city employees.
• A 2.5 percent salary increase and minimum wage increase, effective January 1, 2021. Any employee making less than $10.50 will receive an increase to that wage.
• A health insurance split with the city portion at 68 percent and the employee portion at 32 percent.
• A zero percent increase on the health insurance plan with True Health, with a zero percent increase premium for dental plan with Delta Dental and a zero percent increase of life insurance plan with Met Life, and no increase on short-term disability portion.
• The proposed budget also includes a meter reader software upgrade for gas and water.
Councilor Anton Salome, who expressed concerns with the proposed budget at the regular July 20 meeting, asked the council if it was an appropriate time to speak about what was in the budget.
“Maybe (Finance Director) Ruby (Lopez) can explain it, but I think it’d be appropriate to discuss the budget that is being submitted,” said Socorro Mayor Ravi Bhasker. “And people should remember, a budget that is being submitted does not on the expenditure side have to be expended. We’re submitting a budget for estimated revenue and estimated distribution, but many departments at the end of the year, as you know, don’t expend all of the budget. So I just want to make that clear. So what you’re doing now is authorizing us to send in a final budget to the (Department of Finance and Administration.)”
Lopez said in meeting with the city’s budget committee, the decision to put that 2.5 percent salary increase was made and added to the bidget so salaries, PFA and FICA were all increased.
“I had budgeted group insurance by a 3.5 percent increase so I went ahead and zeroed that out. Liability insurance is $30,000 less so I lowered liability insurance. The difference in general fund expenditures was about $6,800. Joint credit was about $5,923. So it’s an increase in salary, a decrease in insurances on general fund and joint enterprise. I did increase general fund by $40,000 because transportation is funded 100 percent. Those are the changes on this budget.”
Bhasker wanted to be clear that the new item in the budget, in deference to the July 20 meeting was the aforementioned 2.5 percent salary increase for city employees, which again will take effect January 1 of 2021.
Lopez said the increase still has to be voted on by the council, but that the increase is in the current proposed budget.
“These are predicted expenditures for this year. That’s what you’re voting on, is predicted expenditures and revenue for the upcoming fiscal year,” Bhasker said. “Not the actual expenditures until they are authorized by the council.”
The council voted unanimously to approve the proposed budget, which has already been submitted to the DFA.
In other business, the council voted on Resolution 20-07-29, an extension for a local government road fund program in coordination with the New Mexico Department of Transportation.
According to the resolution the city has entered into a cooperative agreement with the New Mexico Department of Transportation for the design, construction and management of pavement rehabilitation, improvements and reconstruction of of Socorro city streets to Western Avenue to Mustang Drive to Stallion Circle, Mustang Drive from Western Avenue to Stallion Circle, Stallion Circle from Mustang Drive to Western Avenue, and Garden Circle from Western Avenue to the end of cul-de-sac within control of the City of Socorro.
The total cost of the project is $57,925 to be funded by the NMDOT at a cost of $43,444, or 75 percent of the cost of the project and $14,481 by the City of Socorro, which is 25 percent of the cost.
Also according to the resolution “the agreement terminates on December 31, 2021, and that the City of Socorro incorporates all the agreements, covenants, and understanding merged in the written agreement.”
“Because of all the things going on, we’re just asking for an extension to do the project,” said Socorro Mayor Ravi Bhasker.
Councilor Mary Ann Chavez-Lopez moved to pass the motion, which was seconded and approved unanimously.
The next Socorro City Council meeting is scheduled for 6 p.m. August 17 at the Socorro City Hall Chamber. 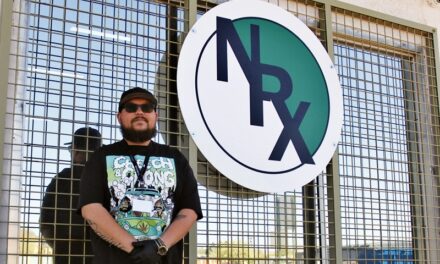