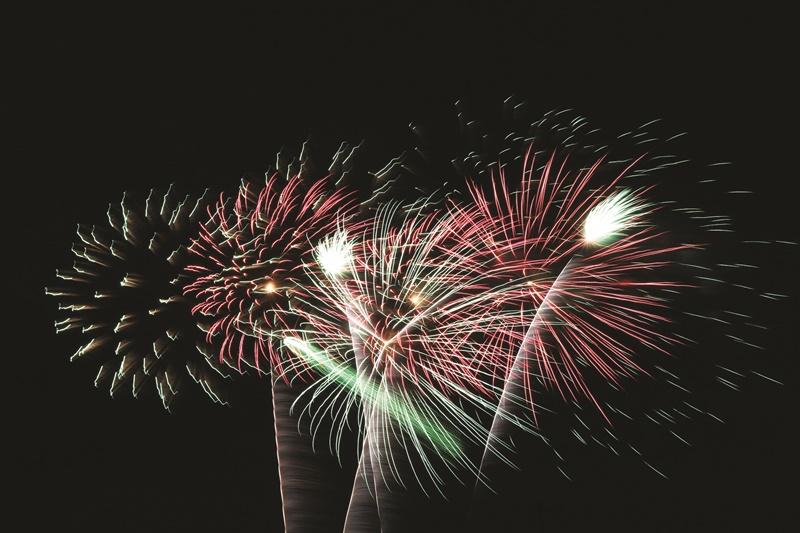 Fireworks explode at a past Socorro Fourth of July celebration.
File photo

Decades-old traditions will mix with new activities for the 4th of July Celebration this year.

For the second year, the annual free day-long event will be held at the Socorro Rodeo and Sports Complex with activities Socorroans have enjoyed at the NM Tech campus in previous years.

This year’s music includes the famous Al Hurricane Jr. and local favorites playing throughout the day and evening.

Music has been a big part of the 4th of July Celebration for nearly three decades. For longer than anyone remembers now, NM Tech’s explosive research arm has been the force behind the fireworks display. The Celebration of Freedom moved from Tech’s athletic field, to outside Macey Center before the larger arena was open.

Tech’s Energetic Materials Research and Testing Center continues its tradition with this year’s staging near the new location beginning after dark.

The event is free with free and plentiful parking. Food and other vendors will be on hand. Or if you prefer, make reservations to camp ($30) or tailgate ($15) if you want to bring your own grill. Or bring a lunch and picnic on the green grass of the soccer field.

The new location opens up a great dance arena with shaded seating and good acoustics for the music. Waterslides and jump balloons will be provided free for kiddos from 1-5 p.m.

The Socorro Fire Department will be running a Cornhole Tournament with signups starting at 9 a.m.; singles first, $25/player; then doubles, $20/player, BYOP. There will be cash prizes for first and second place in each category. Contact Humberto Lucero, 575-517-5277 with questions. Come support the SFD and join the cornhole fun.

The day’s entertainment begins at 11 a.m. with the Socorro Community Band led by Dr. Eileen Comstock. The group will play a mix of patriotic songs, marches and classic band music.

Next up, The Full(ish) Professors, with musical influences ranging from Americana and folk to popular, and even some 80s mixed in. In their day jobs at New Mexico Tech, Julie Ford, vocals, is a Professor in the Mechanical Engineering department; Steve Simpson, vocals and guitar, is a communication professor and Dean of Arts and Sciences; and Ephraim Ford, bass, is head of NM Engineering at the National Radio Astronomy Observatory. They are joined by various other musicians, including Wes McHaley, fiddle and mandolin, and Paul “Saxypants” Demorest on saxophone. They are guided by Neil Peart’s poetic lyric “All this machinery making modern music can still be open-hearted.” 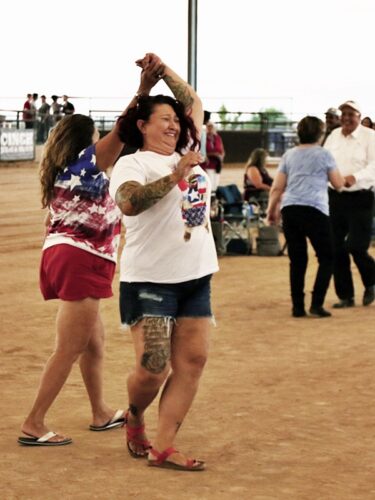 At 2:30 p.m., some familiar faces, The Murillos, will join the stage. The Murillos are always happy to perform and always have a willing dance audience. Expect favorites and some newly learned songs from the group, which now has CDs to add to its legacy. Varying combinations of the Murillo family have been playing together for years, said Richard Murillo. “Any time anyone needs us, we play. We enjoy playing together as a family.” Other members are brothers George and Patrick with his son Matthew. Lefty Gonzales plays drums with, of course, Tori stealing the show with her voice and enthusiasm.

At 4 p.m., Blue Monday takes over. This popular band was begun by Bobby Olguin, at the famous Manny’s Buckhorn in San Antonio, playing every other Monday. Nationally recognized chef Bobby on hot harmonica and percussion will be jamming with Jim Ruff and his solid bass, vocals and humor. Gene Cole belts out a smokey “Stormy Monday” and woos the audience with crooning love ballads, but mostly he delivers high-energy classic blues and rock tunes. Sax magician Tom Hunt will have everyone up and dancing with his rich full sound and lightning arpeggios. Former Vigilante band member Bill Giebitz adds his acumen on guitar, with Ed Pias on drums.

Then, be prepared to be dazzled by the Et Alia Belly Dance Troupe. Led by Socorroan Julie Johnson, who teaches and choreographs the dances, the Tech-based group performs several styles of this ancient dance form from regions of the Middle East, including classical, modern pop and folkloric. With beautiful outfits and amazing grace and agility, this group was a hit at the recent WomenFest in March and is sure to be this time as well.

At 6 p.m., Al Hurricane Jr. brings his unique style and personality to the event. For many years, he and his father, the first Al Hurricane, played at the Far West Club in Albuquerque. Al Jr. actually made his first public appearance at the age of 5 (singing Love Potion #9); he learned to play trumpet at 8 years old and piano a few years later. When Al Jr. made his first recordings in the Hurricane Studios in Albuquerque, it was on the very equipment that Buddy Holly used in Clovis, N.M. That recording was his original “El Pinto.” Al Jr. was also on his father’s recordings, supplying trumpet, valve trombone, keyboards, keyboard, bass and has programmed drums. His trumpet and valve trombone were also featured on the recordings of his uncles Tiny Morrie and Baby Gaby.

At 8 p.m., enjoy Suavecito performing New Mexico Spanish, country, oldies, funk, R & B, Top 40 and rock. Suavecito plays for people from small, private groups to church fiestas and Route 66 and Sky City Casinos. One of their highest honors was playing for Archbishop Michael J. Sheehan at the re-dedication of the Catholic Church in Isleta. The six-piece band consists of two guitar players, bass, keys and drums. Members of the band include two former members of La Raza Unida, whose songs still air on 89.1 KANW in Albuquerque. Together they possess over a hundred years of musical talent that keeps the dance floors packed.

And who better to add music during the evening’s fireworks display than Rob Lopez? Known for his hard-driving rock-n-roll sound, Rob Lopez has played around the state. His style has taken him from being the morning band on Buzzard, 96.3 FM to the VIP tent at the Pavilion for three years, as well as all around Socorro County. He describes his sound as a mix between Zappa, Hendrix, Zeppelin and ZZ Top with a sprinkling of Pink Floyd and Black Sabbath.

The 4th of July Celebration is a collaborative event with the City of Socorro, New Mexico Tech and Tech’s EMRTC, the Betty Clark Memorial Fund and the Performing Arts Series.

Please keep your personal fireworks and pets at home. Alcohol is not allowed. For RV camping, tailgating, and for-profit and non-profit vending email:  [email protected] or call 575-835-8927. 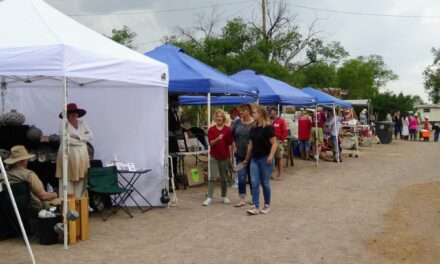 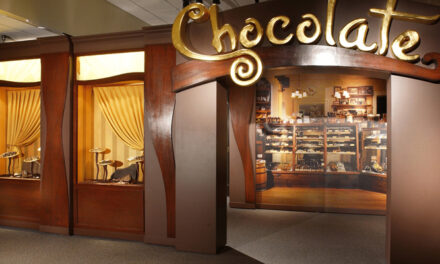