Socorro lost a consummate volunteer just before New Year’s Eve. Susan Miller, 77, lost her fight to cancer on December 29. She will be missed by many and be remembered for her love of people, animals and plants. Not only was she ready to help, she was always ready to have fun.

“Whenever something had to be done, she did it,” sister Tammy Irelan said.

She and husband Mike Fazzone for many years hosted a block party in their back yard as a fundraiser, first for the American Cancer Society, and later to benefit the PAS Thames Wedgewood Memorial Fund.

Born in Chicago, Susan attended high school in Yokohama, Japan, where her family lived at the time. Later, she became one of the first women to be employed as a ship builder. It was at that job building submarines in Connecticut that Mike first met Susan.

“I remember the day, date and time,” he said. “I was struck by lightning.”

It wasn’t until years later that the two got together.

Susan’s mother and sister were living in Socorro, and the couple planned to move here after retirement.

“I always said when we’re 55 we are done,” Mike said. “For the last 11 months, when the alarm rang, I nudged her and said, ‘that’s for you.’ But then I would get up and make her breakfast.” In those months, he packed the entire house and had it ready to move. They had purchased their Socorro home nine years previously.

“We started it originally for the nursing home,” Tammy said.

A community project supported by numerous groups and events and promoted with a huge thermometer painted over what is now John Brooks which pictured the funds raised toward the goal. After Good Samaritan Society village was going, the thrift store expanded their mission to include other senior groups. It still supports Good Sam’s in various ways, such as paying for the popular aviary.

“When the thrift store was still next to the Post Office, the board had a meeting one day and told Susan to go to the front to mind the store,” Mike said. “While she was there taking care of business, they elected her president.”
Susan Miller

Susan Miller who was a longtime volunteer in Socorro passed away from cancer on Dec. 29. She was 77 years old. 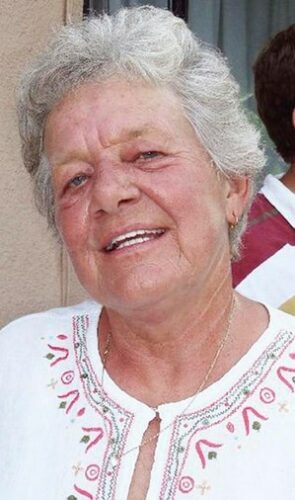 Susan Miller who was a longtime volunteer in Socorro passed away from cancer on Dec. 29. She was 77 years old.

Susan also served as treasurer for many years and took Wednesdays as her day to volunteer at the store.

She was president of the Socorro Garden Club and for several years and served as the District 4 Director of the state garden club. The Socorro Garden Club sponsors a flower show during the county fair and has taken part in numerous beautification projects at the hospital and other public places.

Among her many activities, Susan taught sign language at New Mexico Tech Community College. She ran unsuccessfully for the Socorro Electric Cooperative Board of Trustees, and was a member of an unofficial Friday card group, as well as an avid golfer.

For a time, she volunteered with Meals on Wheels and would regularly go to Good Sam’s to play cards and help with crafts.

“I will sooo miss Susan,” friend Ronna Kalish wrote. “She had such a big heart, great sense of humor, love of life, family, friends, pets, gardens, music, books, community. She and Mike are long-time supporters of the Performing Arts Series, such a huge and appreciated help. “Susan also volunteered for the Community Arts Party every year,” Kalish said.

Along with all her good deeds, Susan will be remembered for her wit, her laugh and her love of a good time.

“She was always fun and funny,” Tammy said.

“I tell everybody this story,” she said. “The only time my dad went Christmas shopping with us was this one year. We went to a big box store before there were big box stores. They had everything, clothing, tools, furniture. We were in the furniture department and there was this round bed with a red velvet bedspread. Susan took about two steps and just sprawled out on the bed, arms and legs spread. The bed was on wheels and it took off. It took out floor lamps which took out dresser drawers and created quite a stir.

“Dad said, ‘we’ll make it all up,’” she said. “But the tight-lipped store manager said, ‘just get your family and get out of here!’”

Tammy recalled another time when they were a bit older and had gone bar-hopping in Washington, D.C.

As was the norm, Susan attracted all the guys, dancing the night away.

“We were in D.C., but we were staying with my mom in Virginia,” Tammy said. “So I see Susan writing a phone number down on a napkin and handing it to someone.”

Tammy tried to get Susan’s attention, imaging the worst. Later, when she got the chance, she asked Susan, “What were you thinking?”

“Oh, I wrote down the number for dial-a-prayer,” Susan replied.

Susan’s wit could be quite dry. Her greeting was “oh, hi,” without inflection, or perhaps with a sigh.

Once, when she was tending the thrift store a man who had recently moved to the area came in and was complaining about Socorro.

“You can always leave,” Susan shouted from the other side of the store.

Susan is survived by her husband Mike, sister Tammy, brother Rudy Treder, her three children: Hans, Krista and Kurt, and a devoted niece Hannah Treder, among others.

“She could be quite outspoken,” said one friend. “But she was a sweet as can be. She will be missed by a lot of people.”

This week, rather than flowers and other gifts, Mike asks that people remember Susan with a gift to PAS, where a new fund has been established.
By Mail:
NM Tech Performing Arts Series
Attn: Susan Miller Memorial Endowment
Macey Center, 801 Leroy Place
Socorro, NM 87801

Or online at this LINK (which you get to at nmt.edu/pas, top center where it says “Memberships, Donations, Tip Jar). 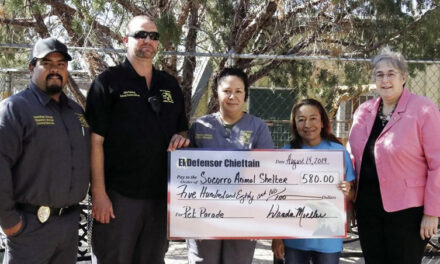 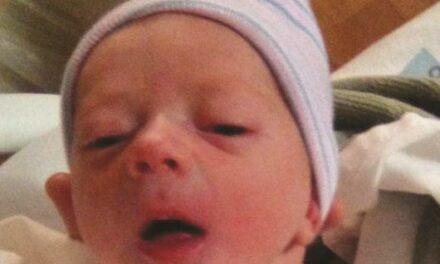 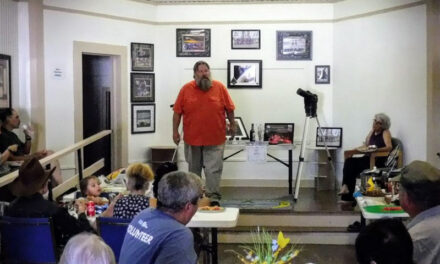