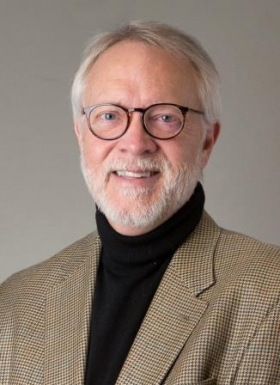 Socorro County’s only prescribing psychologist is being recognized for his work.

Courtney primarily works managing patients’ medications. He was trained originally as a clinical neuropsychologist and worked with kids’ with brain injuries or genetically delayed kids. Then he got a degree in pharmacology.

He decided to enter the field after watching his older sister’s health mismanaged.

The medications she was placed on led to poorly controlled diabetes, which in turn led to gangrene and sepsis, which eventually caused her death.

Courtney is originally from Louisiana. He had a large practice in South Bend, Indiana. After Hurricane Katrina in 2005, he took a position at Children’s Hospital of New Orleans, a move that brought him geographically closer to his family.

“Shortly after Katrina, I called the head of the division down there and just said ‘Do you guys need some help?’ And I owned a fairly good-sized corporation in Indiana at that point and he said, ‘What time can you get here?’ And so I closed up shop, closed my practice, and moved there and never regretted it.”

He relocated to New Mexico to help care for his mother and worked doing telemedicine services, before taking the job in Socorro in 2015.

The most common condition Courtney sees is sleep disorders. He also treats people with significant mental health conditions, like depression, bipolar disorder and schizophrenia, and he sees many patients in Socorro with substance abuse disorders.

“We have a terrible problem with methamphetamine and heroin and fentanyl,” he said.

There are medications Courtney can prescribe to address heroin and opiate use, such as suboxone or methadone, and alcohol and opiate use can also be treated with naltrexone, which decreases the craving to drink. Methamphetamine is more difficult.

“Dopamine is a neurotransmitter that drives things like attention and concentration or energy levels, but it also drives the reward center in the brain. When you take methamphetamine, the brain for all the world thinks that’s dopamine but crazy good dopamine with far more ability to turn on reward than its own production of dopamine,” said Courtney.

“You can’t really block the effect, because you block the effect, the person’s going to get abjectly depressed, because you’re blocking the reward center. Dopamine plays a major role in the improvement of depression, as does serotonin and norepinephrine, so the answer really is, really good treatment programs.”

Methamphetamine also has a significant impact on the Socorro community because it has transgenerational contagion, which means multiple generations of a family may teach each other to use.

“When I think about the drugs that really destroy families, methamphetamine is the leading cause of family destruction,” said Courtney.

With support patients can improve, and Courtney believes that’s a role Socorro Mental Health plays in many people’s lives, is altering a situation to allow patients to improve.

“It’s meaningful to be a part of a community and to have people who are hurting integrate you into their lives,” said Courtney. “It’s never lost on me that it’s a gift they give me to allow me to step in and of course it’s not possible to do it unless they want it. A patient’s motivation is really the key to getting better.”

“A lot of people look at these addictive disorders as a kind of moral failure on the part of the patient and it’s just nothing more than a medical illness and it’s critical to look at these people and recognize that they don’t’ deserve judgment. They don’t deserve to have people looking down on them. They’re struggling just like the rest of us do. Life’s hard. Kindness is usually the most appropriate response to them. Encouraging them to stop.”

Being a rural area makes it difficult for people in Socorro County to access healthcare. The COVID-19 pandemic has actually made it easier for Courtney’s patients to see him because they no longer have to commit the time to drive to his office and instead can have appointments via telemedicine.

“Covid has been a blessing in this way,” he said. “I see patients 10 hours a day, so before Covid, people would be scheduled. They might or might not show up. I probably was running a 50 percent no-show rate, which is kind of common for a primarily Medicare-run clinic. My no-show rate is almost nothing now.”

However, Courtney is worried that the telemedicine appointments will end once the state fully reopens.

“In the end insurance companies, Medicaid, whatnot, make the decisions about what we can bill for, so if Medicaid won’t allow us to bill for telephonic services after this is done, they’re pushing people back into face to face contact,” he said.

Telemedicine isn’t appropriate for every appointment, like when Courtney needs to evaluate side effects or see a patient for the first time, but for most appointments, he would like patients to be able to decide how they want to access care, whether via in-person appointments or telemedicine.

It’s critical in psychiatry to work collaboratively with other healthcare providers, said Courtney, and medical providers across the community do an excellent job of collaborating with him.

“Any questions, any concerns when it comes to the mental health of my patients, he’s always open and available to guide me, to advise, and he’s wonderful,” said Nurse Practitioner Dolce Reyes with Presbyterian Health Services.

Courtney was surprised to receive recognition and said he could not do the work he does without collaboration. His medical assistant Vanessa Conell plays a crucial role in making sure his practice runs smoothly.

“For every time someone like me is recognized, there are hundreds of other practitioners like me who are doing the daily pull,” said Courtney. “They’re in there doing all this work and working hard, caring about their patients and if recognition does anything, what I really hope it does is I hope it increases people’s comfort with accessing care.” 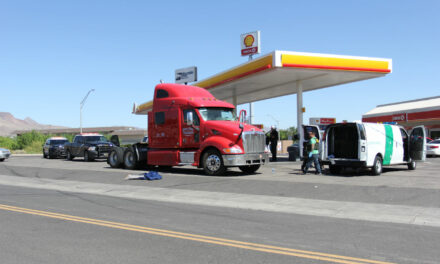