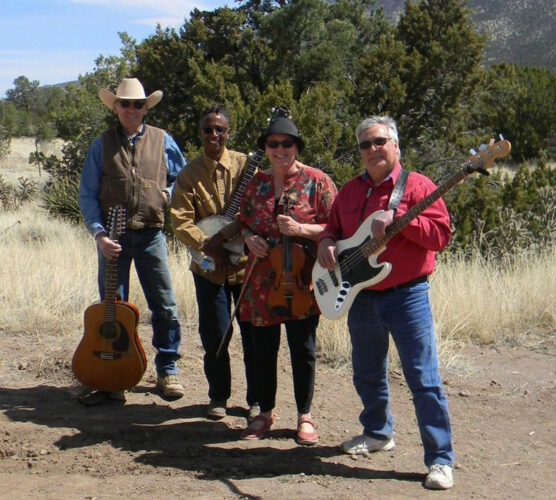 Autumn in New Mexico brings the best weather for being outdoors, and with it the corollary desire for social gatherings. Fortunately, despite the newly increased pandemic restrictions, there still are ways to party responsibly. The folks at New Mexico Tech’s Performing Arts Series and Macey Center are eager to offer the opportunity.

Building on the success of the first drive-in concert, Socorro Sessions Fest II on Saturday, Nov. 7 will feature Tuesdays @ 2 and The Rhythm Prophets.

“The same rules apply this time as last,” said Ronna Kalish, PAS director. Cars will be assigned an arrival time and space; attendees have room to set up tables and chairs under the new solar-paneled parking. A limited number of pods for NMT students without vehicles also are available. The afternoon event is scheduled from 1-4 p.m. Sign up online by emailing pas@nmt.edu.

According to Kalish, the first concert, set during what used to be Socorro Fest weekend, was a success.

The Rhythm Prophets is a blues and rock band tending toward the more progressive side, says longtime musician and composer Rod Matcham, who with Eduardo Sanchez and Rob Long, form the trio.

Matcham has been playing and performing for over 40 years.

“I’m in the process of recording 45 new songs,” he said. “Some of which the audience will hear at the Fest.”

Rod toured in his younger years and he eyes a future with more music and touring. For now, he’s glad to maintain his business during the pandemic.

“It’s been hard not having anywhere to play,” he said. “We lost a lot of shows around the state.”

Most of the music they play will be original. Matcham describes it as blues to rock, but says it gets “a little hard edged sometimes.”

“We have a tight signature,” he said. “We work really hard to sound bigger than three people and we do a pretty good job of it.”

Tuesdays @ 2 is a Magdalena band which formed about four years ago, at first playing every Tuesday at 2 p.m. in the living room of the late fiddler and drummer Geraldo “Gerry” Kerwin. The others continued on, with Mike Danielsen on guitar, Susan Alexander, on mandolin and violin, and Sarita Johnson playing banjo and spoons.

George Murillo joined the group a couple of years ago and plays bass, trumpet and keyboard.

Playing a mixture of old-timey, country and folk with strong harmonies, Tuesdays @ 2 has played for SocorroFest, OktoberFest and Sunday Sessions at the Capitol Bar, as well as in Magdalena for the Samaritan Center, Friends of the Library, Old Timers Reunion, and Frontier Festival.

“We’re really excited about playing,” said Sarita, who, although has no formal musical education, learned how to play banjo after getting one in her 30s.

“I saw a guy playing and I banged on his door and asked if he’d give me lessons,” she said.

She and Susan were introduced to Mike Danielsen when they first visited Magdalena. Susan grew up with music as part of her life, Sarita said, and has played violin and guitar since high school.

Once the pandemic hit, the band quit their weekly practices but Mike and George continued to play together. Among George’s many talents is his technological know-how, Sarita says.

“He has gotten us into recordings. Well, George decided we should do a country CD,” she said. “To be called Covid Country.”

Look for some of those originals from these musicians as well as old standards when they take the stage at 1 p.m. on Saturday, Nov. 7.

Socorro Sessions Fest II, Social Distance Drive-In Concert offers folks a chance to enjoy the great fall weather and talented local musicians in a safe setting. With 18 feet around each vehicle, participants can set up chairs and relax outside. Food trucks will deliver orders to participants. Attendees must stay in their designated space, wearing masks when not eating and drinking. To reserve a spot, email pas@nmt.edu, or for more information visit nmt.edu/pas or call 575-835-5688 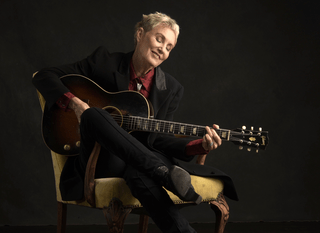