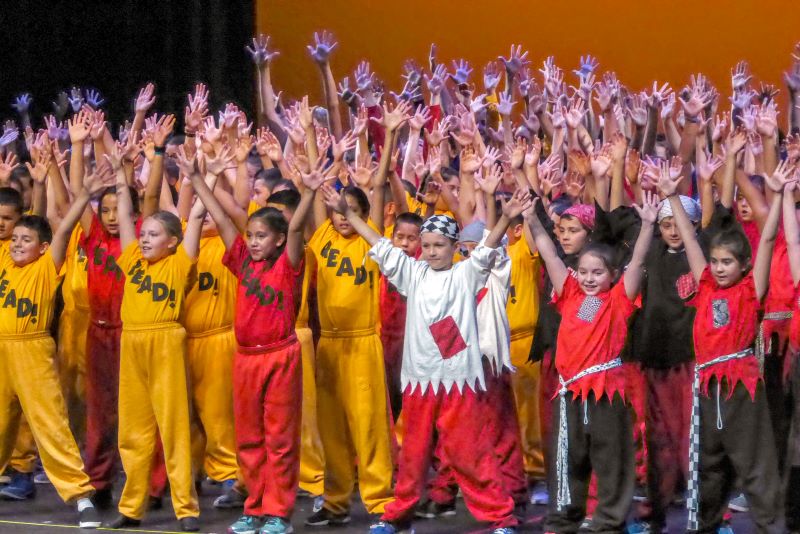 The show WILL go on: NDI, the annual rite-of-passage for area fourth-graders is now in rehearsal around Socorro. The National Dance Institute’s local dance concert will be Thursday, Nov. 18 live-streamed and in a hybrid performance to a limited audience at NM Tech’s Macey Center.

For more than 25 years, Socorro students have benefitted from this intensive, in-school program which features professional dancers in a three-week residency program. This year’s program isn’t a new theme but perhaps it is even more appropriate: “Rollin’ On the Rio” features original music, choreography and a theme about flowing water — the history of rivers, how they affect the culture and ecology around the world — including our own Rio Grande.

As we have witnessed this past nearly two years, the pandemic has brought new perspectives and innovations to programs in order to survive. Last year’s performance was live-streamed with most of the rehearsals practiced via Zoom. This year features a combination of in-person and on-line rehearsals and shows.

“My favorite part of NDI,” says Dana Chavez, Performing Arts coordinator, “is watching these kids go from shy and quiet students to these balls of energy that just radiate on stage.”

“NDI is awesome because it gives kids a hands-on experience,” said Ronna Kalish, director of the Performing Arts Series. “It’s an immersion in dance, music and theater.”

Studies have shown that students who participated in NDI programs do better in math, reading and science; miss fewer classes and have lower delinquency rates.

Along with every fourth grader in Socorro, the program features two more advanced dance troupes: SWAT and Celebration teams, with older students practicing after school. This year, the first week of practice was held online. The second week, NDI dance instructors teach in person at each school. Then in the final week, students are bussed to Macey Center to get costumes and rehearse on stage. Their performances will be filmed on-stage and later mixed for the final hybrid performance Thursday, Nov. 18. Parents of each class are invited to come watch the filming of their child’s classroom dance.

Performances will include the pre-recorded classroom dances mixed with live, in-person dancing by SWAT & Celebration teams. There will be two performances that day with limited tickets offered to the public. The 1 p.m. afternoon performance will be live-streamed to the schools and public through the PAS YouTube Channel https://www.youtube.com/cNMTPerformingArtsSeries. Rural schools also will attend in person. Parents of SWAT and CEL teams will get first choice of limited tickets. The 6 p.m. performance will be live-streamed on YouTube and Facebook https://www.facebook.com/NMTPAS. Parents of participants will be offered tickets first with any remaining seats available online through the PAS website nmt.edu/pas. Only 300 tickets will be sold. Normally a standing-room-only event, tickets are sure to go quickly. Advanced tickets are $5; at the door (if available) $8 and children are free but must have a ticket.

The National Dance Institute was founded in New York by Jacques D’Amboise, formerly the principal ballet dancer at the New York City Ballet, to give kids who would not otherwise have the opportunity, the chance to dance. D’Amboise later founded the Santa Fe program through his student Catherine Oppenheimer. Since then, the program has reached some 7,500 students statewide and literally hundreds in Socorro County each year. 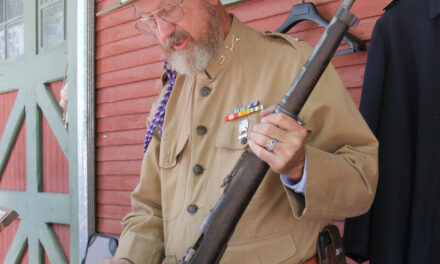 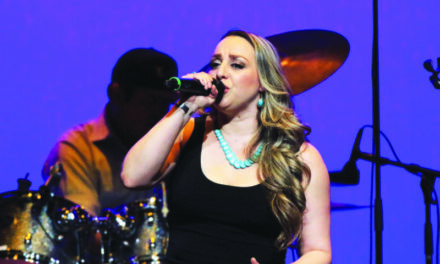 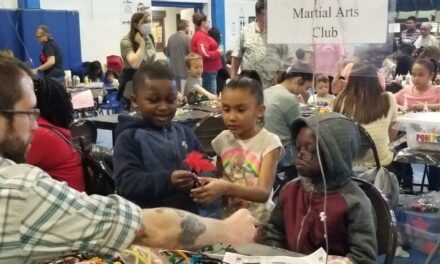 No Stopping the Community Arts Party