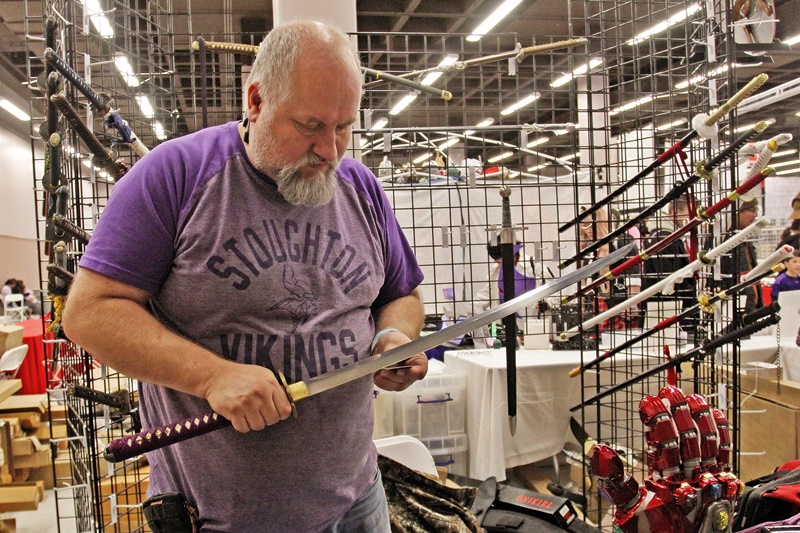 For some vendors and at least one voice actor, Jim Burleson is the reason they keep coming back to Albuquerque Comic Con.

Socorro’s Jim Burleson is well-known in town for his moviemaking and business endeavors. He got his start promoting cage fights, and after 10 years decided he wanted to run an event his kids could attend. So, Burleson embraced his inner nerd and started Albuquerque Comic Con in 2011.

Burleson is a self-described dork, who reads comic books and collects toys.

“It wasn’t as cool to be a nerd when I was growing up, so I had to get into boxing. I had to get into wrestling. I had to get into martial arts. So, I fought my whole life,” said Burleson. “I got into the cage fighting promoting business as part of that, and I started having kids and I realized there’s something more to life than just being cool and worrying about what everyone else is saying. I decided, I’m going to just be openly a nerd, and unremorsefully I’m going to enjoy the world I live in and come to find out, lots of people felt the same way.”

After several difficult years due to the pandemic and a previous government shutdown, Albuquerque Comic Con saw its biggest turnout this year, with expected attendance at over 30,000 people at the three-day event. Previously, the biggest event had 27,000 attendees.

Sunday afternoon, Burleson could be found putting out fires around the Albuquerque Convention Center—answering phone calls about when vendors would have to pack up after the event and telling volunteers where more posters could be found.

“It is fire after fire that I am required to make sure I handle in the most pleasant diplomatic way possible,” said Burleson. “There are so many moving parts to this, and without everyone’s cooperation, it would fall apart completely, so no room for ego, unfortunately.”

“If we don’t have 100 volunteers working at any given time, the pieces all fall apart,” said Burleson.

Some of those volunteers are Socorroans, including members of the Socorro wrestling team, who helped set up tables.

“We sponsor some of their events to help fund their travels and then in exchange we get free labor from guys that are hard workers.”

Burleson also tries to invite Socorro vendors, like Ortiz Jerky. He also puts some of the revenue from Albuquerque Comic Con into his own Tiny Town Tiny Homes charity, which builds tiny homes for homeless veterans. 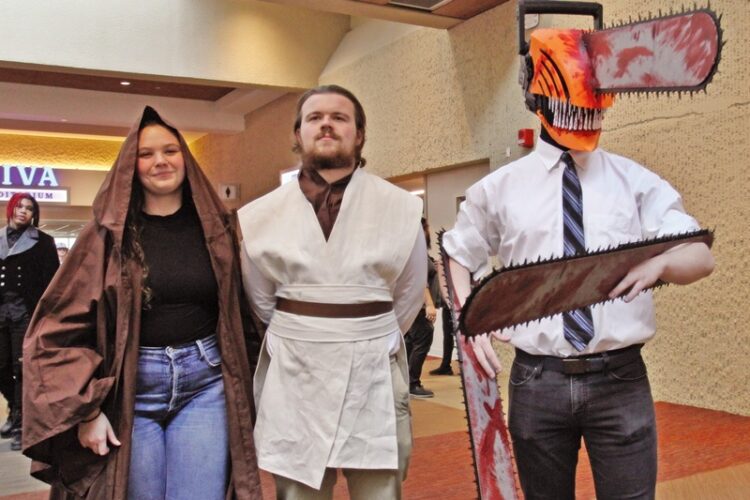 Patrick Woods, senior team captain of Socorro’s wrestling team and Burleson’s brother-in-law, may have been the only wrestler in attendance Sunday, since there were also wrestling events over the weekend.

“I always thought I was sort of a nerd alone, but then I met Jim and Jim showed me, you can be that guy,” said Woods.

Woods’ favorite part of the event? Taking in the whole scene.

“All these people that you see get along and make new friends, just the community in itself is amazing.”

But Socorroans don’t just volunteer, they also enjoy the fun of Comic Con.

New Mexico Tech student Xander Jones 3D printed pieces and laser cut cardboard to build his Chainsaw Man costume. The character hails from the aptly titled Chainsaw Man manga and anime. If merchandise is any indication, Chainsaw Man is pretty popular with Albuquerque crowds. Further evidence of Chainsaw Man’s popularity: there were a lot of anime fans who wanted photos with Jones throughout the day.

Along with cosplayers, the con also features artists, vendors and actors.

Actor Dameon Clarke, well known for voicing Cell in the Dragon Ball series, said Jim is the reason he came back to Albuquerque Comic Con for the third year, a sentiment echoed by several vendors.

Clarke said the event is a good chance to see friends he’s made over the years and to connect with fans.

“We kind of live in echo chambers a little bit, so we don’t get the chance to meet people and find out what these projects mean to them,” said Clarke. “So, it’s really nice to feel like we’re not wasting our time. Acting can feel self-serving sometimes, so it’s nice to get feedback from people.”

Burleson would be happy to add more local vendors from Socorro next year.

“The event has grown in a way that would be more beneficial if I could get people to recognize that if all they need is to touch 30,000 people to be successful, then they should call me because we’ll work out a way to give them access to the fans that attend. So, if they’ve got a charity or they’ve got something that they’re trying to build…I’d love to help them succeed,” said Burleson.

To get involved in volunteering at next year’s Comic Con, join the ACC Volunteers page on Facebook. 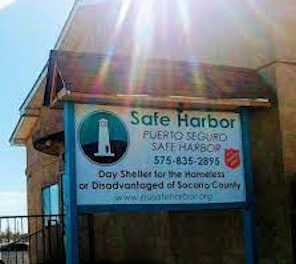 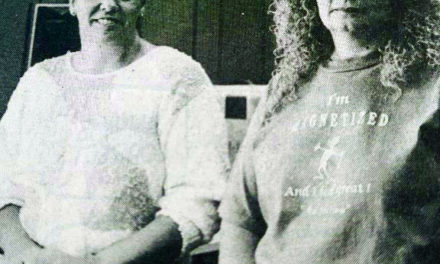 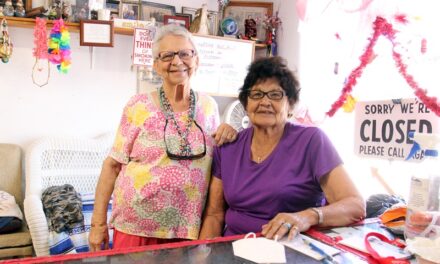