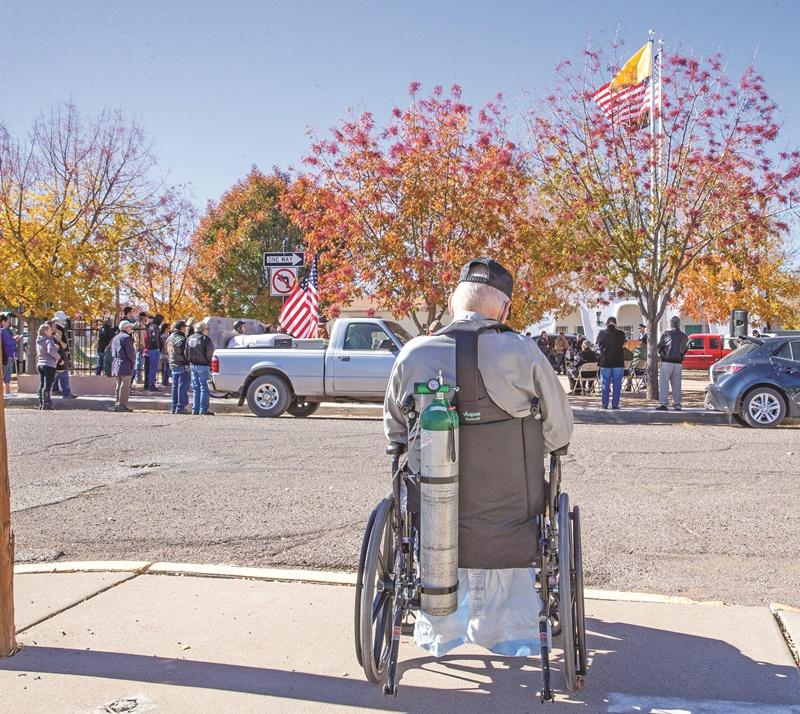 With a fall chill in the air, Socorro hon­ored veterans Friday morning in an annu­al Veterans Day Ceremony at Isidro Baca Park.

“I’d like to highlight that fewer than one percent of Americans currently serve in the military,” said Mitchell. “That’s something to really wrap your head around because as you look around and people really stand up, you can see how few of us that actually do that. My hats off to you, and I’m very proud to be a part of that.”

“Community leaders, and I’ve seen this everywhere I’ve been, recognize the importance and the value that veterans bring, and they want them to be a part of the team.”

Keynote speaker Maj. Gen. Mark Smith, Civil Air Patrol, recalled a mission he flew in Saudi Arabia and reflected on ways to come together as a nation in deeply divided times.

“It was like a complete black bottomless pit beneath us, and yet over the top of us was this amazing blanket of stars, the Milky Way and all the other stars, which was truly a breathtaking picture,” said Mitchell. “As we headed westbound, we got to experience this weather phenomenon called St. Elmo’s Fire.”

St. Elmo’s Fire is a buildup of static electricity in the air.

“It was like a sheet of blue flames coming up and over the canopy over our heads. Every place that there was a fastener on the airplane, it was like a Frankenstein movie with fingers of electricity going around. I’m thinking that can’t possibly be good.”

But the mission went according to plan, and the memory remains with him.

“All of us who have served have these kinds of memories,” said Mitchell. “Some are great, some are happy. Some are per­haps not so happy as well. And some of our veterans have scars that they have brought home with them. Some are visible and some are not so visible as well, but it marks the service and the sacrifice that our veter­ans have made.”

Mitchell encouraged the audience to find ways to honor veterans, by offer­ing help to people in their community and support­ing organizations that help veterans, and by coming together in a divisive time.

“Desert Storm was exceptionally successful because countries, services and people put aside their differences to pursue a common mission, a com­mon ground and to achieve excellence,” said Mitchell. “I believe in a similar man­ner it is possible for us to honor our veterans’ sacri­fices by pursuing a common mission, a common cause in these United States, by find­ing common ground with our fellow citizens.”

Daun Medaris, Commander of the Socorro DAV chapter, encouraged the audience to advocate for veterans to get the ben­efits they deserve.

“As a nation, we need to honor veterans who work past government’s possible short-sightedness, to get the job done and get back safe to the home that they fought so diligently for,” said Medaris. “Honoring veterans doesn’t mean taking care of them, nobody wants that. It means giving them the tools to take care of themselves.”

Medaris said that pro­viding veterans with ser­vices should not be a politi­cal battle.

“We all need to pray that maybe this America starts to become pro-veteran.” 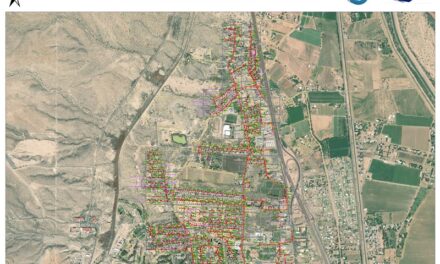