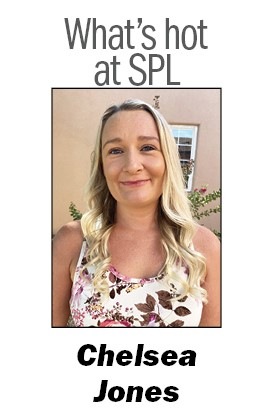 As the leaves fall.. scary books call… Socorro Public Library September book picks are sure to get you in the spooky season mood. Your local library has the best in new horror to creep you out and make you eager for autumn festivities. Whether you prefer the haunting reality of non-fiction, or you enjoy evocative worlds of fiction, these selections will keep you ensnared until the very end.

Elsewhere by Dean Koontz dives deep into parallel worlds. Main characters Jeffy and his 11-year-old daughter, Amity, must find the way home before it is too late. Since Jeffy’s wife Michelle left the family, he works hard to maintain a normal life in Suavidad Beach. Everything is going well until he is entrusted with a strange and dangerous object. A local eccentric known as Spooky Ed leaves Jeffy with something called, “the key to everything.” Ed’s only instruction is to hide and never use the key. The possession of the object attracts a strange group of men and Jeffy finds himself accidentally activating the key. The device sends them to parallel planes of their world. Jeffy and Amity can’t help but wonder if they can locate Michelle in one of the alternate worlds. However, they are not the only ones interested in using the device. There is a man with an evil purpose hunting for the object. He has a grand plan to use the key for profound evil. Little do Jeffy and Amity know the fate of the world is in their hands.

The Babysitter: My Summers with a Serial Killer by Liza Rodman is a chilling true story about Liza’s relationship with the brutal psychopath Tony Costa. Liza is a lonely little girl who becomes attached to her babysitter. Her babysitter seems to be kind and handsome. He enjoys taking children for treats and for adventures in his truck. Tony is the handyman for the hotel where Liza’s Mom works and watches Liza and her sister. They go on many excursions in his truck and even take a trip to what he calls, “his secret garden” in the Truro woods. Decades later, Liza discovers that her babysitter is an infamous serial killer. Antone Costa, aka Tony, is known as the “Cape Cod Cannibal” for his gruesome murders and dismemberment of women in the 1960s. Many of the women were found buried – in pieces –  at “his secret garden” in the woods.

A Slow Fire Burning by Paula Hawkins is a mystery with many twists and turns. A young man is found viciously stabbed on a London houseboat. In this classic whodunit mystery, you will be piecing together clues until the last page. This novel highlights the impacts of generational trauma in the lives of three murder suspects. The three women are all possibly tied to the murder of Daniel. Carla the aunt of the victim is bitter from the grief of a lost family member. Miriam is Daniel’s nosy neighbor and is caught lying to the police. Laura is the disturbed one-night-stand last seen in Daniel’s home. In this story, you will find the suspects’ life stories to be damaged, tangled and full of resentment.

The Sanitarium by Sarah Pearse is a debut murder mystery with the beautifully sinister backdrop of the Swiss Alps. A historic sanitarium turned modern hotel, Le Sommet hides stories of missing guests and murder. Elin Warner and her boyfriend are invited there for her estranged brother’s engagement party. Avalanches and a threatening storm cut off access to and from the hotel. Elin is a police detective with a troubled past. She is on extended leave when she arrives at the hotel with a killer. Elin’s instincts kick in as she unravels the true mysteries of the sanatorium. However, Elin is unsure of her abilities to discern the truth and ensure the safety of the stranded guests.

SPL Book Club will be discussing The Sanitarium. Our next meeting is on September 23 at 3 p.m. Join us!

Never too old for Halloween

The Postscript: Lost in the move 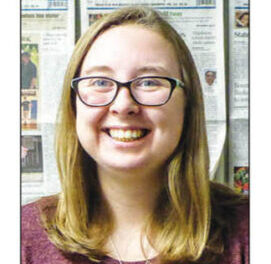