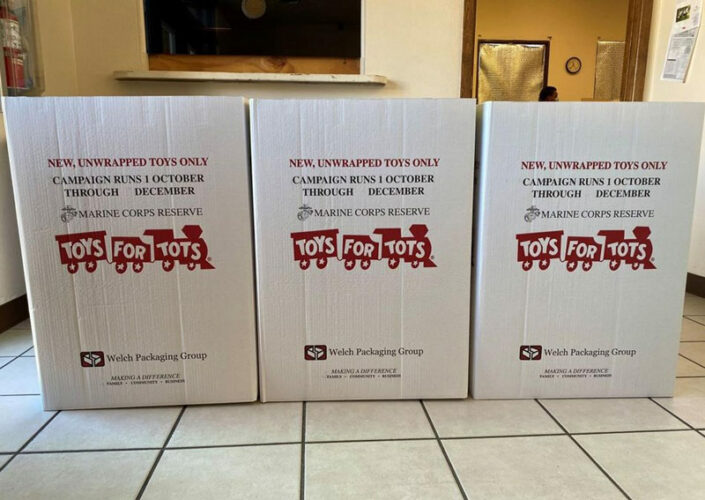 Santa Claus will be unable to deliver the Toys for Tots gifts this holiday season because of the coronavirus pandemic. In years past, Santa has traveled all of Socorro County with the Socorro Police Department in their RV decked out in Christmas decorations. Anyone who applied for gifts for their children will have to pick them up, according to Assistant Chief of Police Angel Garcia, who is the county’s contact for the Marine Corps Reserve Toys for Tots.

This is the 30th year that the police department has done a toy donation. Until three years ago, they worked with Toys from Cops to Tots. They then went under the national Toys for Tots foundation because Toys for Tots needed a contact in Socorro.

Besides Santa being unable to deliver toys, Garcia is facing a magnitude of other challenges this year.

Garcia said this is the roughest year they’ve ever had.

The biggest problem Garcia currently faces is being unable to put donations bins at any of the local stores. This has led to a shortfall of toys as Garcia has not received any donations from the community. Community members can drop off toys or monetary donations to the police department, or an officer can come pick up the donation. Monetary donations can also be mailed.

“It’s going to be pretty tough this year, not only for the people who are needing it, but for Toys for Tots, who doesn’t have all the gifts we need to supply these children,” Garcia said. “In the past, we used to give five to six gifts. That may change too. It may be two gifts.”

Garcia and the police department deliver toys to between 400 and 700 kids each year. Toys for Tots in Socorro normally receives a lot of donations when the officers are outside Walmart collecting toys the weekend after Thanksgiving and the first two weekends in December.

“During that time, they have sales of toys so a lot of people would take the opportunity of the sale and bring us a toy,” Garcia said. “This year we aren’t able to have that. We usually collect 500 to 800 toys in front of Walmart and monetary donations as well. It’s going to be tough.”

Besides Walmart, Garcia said that Ace Hardware, Dollar General, The Dollar Store and Tractor Supply have been big supporters in the past and have helped out as much as they can.

Due to the governor’s restrictions, Garcia is also unable to go store-to-store to see if any merchants are able to donate. He is planning on writing a letter to the stores in Socorro to see who can donate toys or make a monetary donation.

Outside of the City of Socorro, Garcia said it is hard to receive toy donations due to the lack of big stores. The only toys Garcia has received so far are from the foundation, as they send roughly 500 gifts each year. Socorro is considered a small area so they do not receive as many gifts from the foundation as mid-sized areas, such as Albuquerque, would.

Garcia said if he continues to not receive many donations from the community this year, he can request more gifts from the foundation. Garcia is going to try to include one book for each child. The foundation also has sent backpacks, coloring books, lab experiment sets and more.

“This year, the supply and demand, we just don’t have it,” he said. “Hopefully, we can serve everyone who signs up and make it a good Christmas for those kids and put a smile on their faces. Even if I have to take money out of my own pocket to make somebody smile, I’m going to do it. I’ve been doing this too long to not let this program succeed.”

Once toy donations from the community start coming in, Garcia said they will be sanitized with wipes that the foundation provided. The officers will also be the only people packaging gifts. The jail has a program where inmates would help with the packaging, but that will not happen this year to help insure that everything is done in a safe manner.

“Whatever needs to be done to make sure these kids have Christmas is what I’m going to do,” Garcia said. 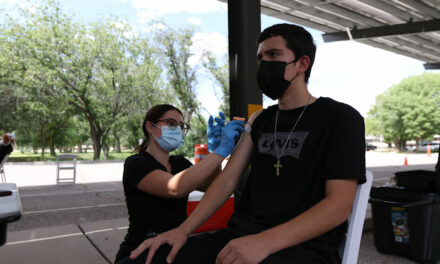 Back to school tax-free holiday