Between 1999 and 2015 New Mexico was second in the nation for number of deaths from hypothermia, according to the Centers for Disease Control. And Socorro County was not exempt.

“My understanding is that at least one person died every year until we opened up the emergency shelter,” said Shay Kelley chair of the Puerto Segura/Safe Harbor board of directors, noting that not many people are aware of the “warming center.”

“Our team lost a friend in October of 2018, and that’s when everyone organized to make our current system work as best we can. This is our fourth winter,” she said.

The cost to prevent deaths from exposure to cold is minimal for PSI/Safe Harbor since the center is manned by volunteers, said Kelley.

“But it means we can’t be open every night. We just don’t have enough volunteers.

“We would like to pay people a fair wage to stay awake and work a night shift,” she continued. “Essentially, open an actual overnight homeless shelter. But it would make more sense to do that at a facility or in a building that has greater capacity and is set up for sleeping. Currently we can only provide cots/space for six to 12 people at a time. The need is often for twice that number. If there were more volunteers, the center could open more quickly. But it’s hard to get enough volunteers to work one of two shifts overnight. And, of course, the shelter is always in need of blankets, sleeping bags and cots.”

The center contracts with local motels to house the especially vulnerable, such as elderly and families with children during inclement weather. In December, Kelley said, PSI/Safe Harbor spent at least $1,200 on motel rooms.

These services are paid through donations and fundraisers. The Salvation Army bellringers haven’t been seen in Socorro since before the pandemic.

“We have not rung the bells for the Salvation Army since 2019 because of the pandemic,” Kelley said. “But we have done a lot more fundraising throughout the year online, and ramped up our grant applications. This year we received some assistance from the city, county and state, which has been so helpful. We also received grants from the Catholic Foundation through San Miguel Parish, and a grant from the Spark Joy Foundation, as well as others.”

“Our overhead is supported through private contribution by members of the community throughout the year,” she said.

PSI/Safe Harbor Director Zach Holcomb is one of only two people employed at the center. All the others are volunteers. In addition, the thrift store on California Street makes enough money through sales to support its staff but acts as an auxiliary or satellite service to the center.

“We don’t have a lot of storage space at the center. We give clients “vouchers” to get clothing and other supplies,” Holcomb said, but the shelter does not get funding from the store. 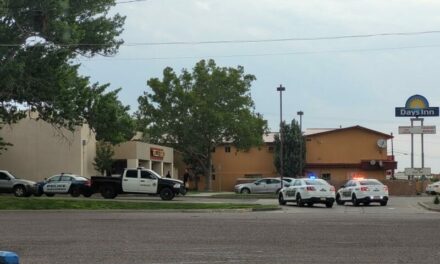 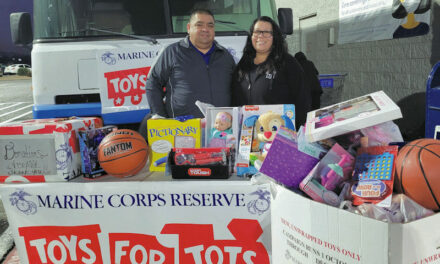