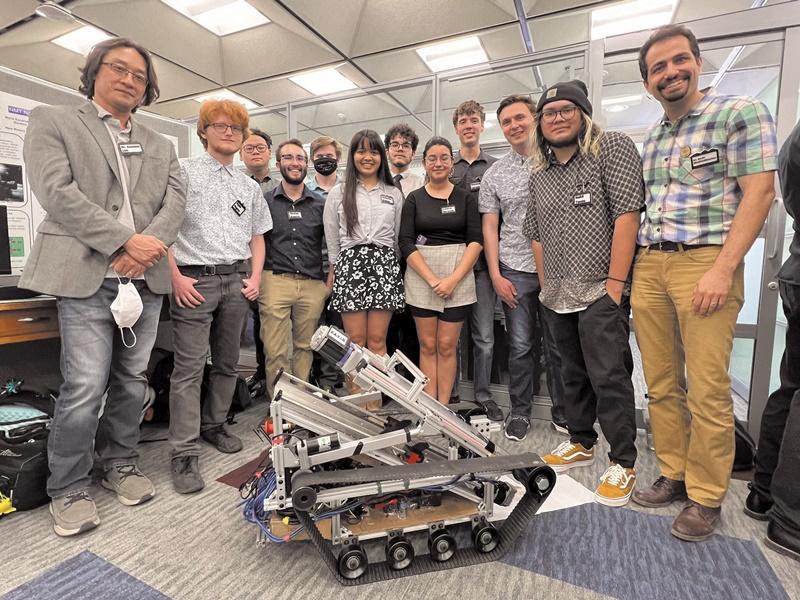 They competed against teams from schools around the country.

The Tech team received the Nova Award for stel­lar system engineering performance by a first-year team and the Project Management Plan Award from NASA. The competi­tion was conducted last month at Kennedy Space Center in Florida.

NASA invited Arvin Ebrahimkhanlou, assistant professor of Mechanical Engineering, to the Lunabotics challenge after his team placed second nationally in another NASA competition, NASA MINDS 2021. Many of the Lunabotic team members were alumni of last year’s NASA MINDS competition.

Tech’s 2022 Lunabotics student design team and its bot, “D.A.V.I.D.,” embody what it is to be a Tech engineer, according to Curtis O’Malley, assistant professor of Mechanical Engineering and outreach coordinator for STEM activities within the depart­ment. He said Tech’s team set out less than a year ago to get to the NASA Lunabotics event, which he described as one of the most technically challeng­ing collegiate design com­petitions in the world.

The competition calls for teams to design, build and test a lunar rover that has to navigate a simulated lunar surface, reach a dig site, excavate and extract rock samples and return them to the launch site.

“The competition is so challenging that few teams can successfully design and fabricate a bot in the first year of competition,” he said. “Even many expe­rienced teams that make it to the competition cannot get their bot to drive in the lunar environment due to the harshness of the condi­tions. And beyond that, few have ever been able to get an auger system to extract rock samples into the bot’s collection hopper.”

O’Malley reported that the Tech student team’s robot performed all of its tasks through detailed and well-organized engineering design and experimenta­tion that combined stu­dents from the Mechanical Engineering Design Clinic, Electrical Engineering Club and Computer Science Club.

“The students’ sound engineering and thought­ful and detail-oriented approach led them to over­come challenges that were insurmountable for other schools that had the benefit of previous competition experiences in the NASA Lunar yard,” he said.

Student team leader Mario Escarcega said he’s proud of the effort his team put into the bot’s entire sys­tem and the success they achieved in their first year in the national competition.

“Our auger is one of the first in Lunabotics his­tory to deliver rocks to the dumping mechanism,” he said. “Our locomotion sys­tem was incredibly robust against loose regolith and even boulders. As a first-year competition team, we impressed students, advi­sors, judges and bystanders alike. Most robots couldn’t navigate around obstacles.”

Meghan Cephus, co-leader for the mechanical sub-team, said the difficul­ties faced in the competi­tion could not have been foreseen, including not knowing the properties of the regolith, the loose rock and dust they maneuvered their bot through.

“While our rock collec­tion was lower than the top-ranking teams, we were still able to complete more tasks than other seasoned teams and stood proudly amongst the teams,” she said.

“By any measure, NMT’s team exceeded the expectations and raised the bar for future first-time participating teams. Few, if any, first-time attendees achieve this much.

“In terms of autonomy, our robot has partial autonomy and uses its own camera and telemetry for robot-controlled operation rather than NASA-provided overhead cameras.”

Seokbin (Bin) Lim, chairman of the New Mexico Tech Mechanical Engineering Department and associate professor, said that in its first year, the team went up against many unknowns and hid­den difficulties.

“They came up with a fantastic result at the end with their own unique design and approach,” he said. “I would like to praise this team highly because of their dedication and commitment for an extended period of time during the construction of this robot. I can’t imagine how much time they had spent to overcome never-ending difficulties. They rocked the competition.”

The funding for the team to participate came from NASA, New Mexico Space Grant Consortium, fundrais­ing by students, donations from local companies, the Office of the Vice President of Academic Affairs, the Mechanical Engineering Department and Tech’s aero­space program.

The Office of Vice President for Research and IRIS PASCCAL provided space to build a testing facility, which was central to the team’s success. 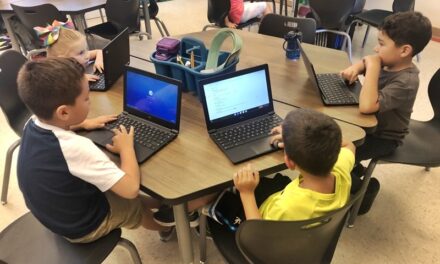