Let the countdown to Halloween begin.

You’re traveling through another dimension…a journey into a wondrous land whose boundaries are that of imagination. That’s the signpost up ahead – your next stop, the Twilight Zone…

No. Wait. Back up. The only signpost I see up ahead is the one that says The Comfort Zone. I’m not sure why it is but every time October rolls around and the thermometer starts dipping into the low 40s overnight I find myself wanting to hunker down in that wondrous land called the Comfort Zone.

Comfort food, comfort clothes, comfort music…or watch Casablanca for the umpteenth time. I’m talking about anything you can turn to that will help your brain pump out those feel-good endorphins. Pickin’ up good vibrations, as the song goes.

With this in mind, by chance, I ran across an article a couple of years ago about a neuroscientist in The Netherlands who has scientifically (with a wink and a nod) come up with a list of the top feel-good songs of all time.

And yes, Good Vibrations is on the list, along with Katrina & The Waves’ Walking on Sunshine, Cyndi Lauper’s Girls Want To Have Fun, The Monkees’ I’m A Believer, Abba’s Dancing Queen, Survivor’s Eye of the Tiger, Bon Jovi’s Living on a Prayer, Billy Joel’s Uptown Girl and Queen’s Don’t Stop Me Now.

I’m surprised Froggy Went-a Courtin’ did not make the cut, because that one made me feel good when my grandfather sang it to me when I was three years old. But, hey, it’s science.

Actually, what this researcher did was “take the number of positive lyrical elements in a song, and divide that by how much the song deviates from 150 beats-per-minute and from the major key.”

I guess that rules out I Can’t Get No Satisfaction.

Putting all that aside, I don’t think people need – or want – some formula or algorithm to know what makes them feel good, they just know it. Between you and me, when I want the botherations of the day to waft away I put on Gershwin’s Rhapsody in Blue, maybe Debussy, or even The Beach Boys’ Pet Sounds album and kick back with something like a fried egg and bacon sandwich or something like a burrito smothered in green chile.

But hey, when it comes to the Comfort Zone I doubt there’s one person who can’t tell you what their go-to food is; from mashed potatoes to oatmeal to posolé to grilled brats.

Uh-oh, I got myself thinking about food again.

This is where I bemoan the fact that once again – for the second year in a row – two traditional October festivities are canceled again due to coronavirus worries. I’m talking about Oktoberfest and Alamo Indian Days, both being comfort food heaven.

However, for those who have a bit of Phineas Fogg in their DNA, the big balloon fiesta is still a go for nine days starting this Saturday. It’s a big hoot, but in all these years I’ve never been. There is, I gotta’ say, something about flying that always fascinated me, whether was in a Whisperjet or a hot air balloon. Even after all these years, from riding in 707s to C-123s to the puddle jumpers of Trans-Texas Airlines, flying is still an awesome experience. Think of it:

You’re up in the air, essentially in a modified wicker chair, letting the wind take you somewhere, and you don’t know where you’re going until you bump down. In truth, The FAA labels the landing of a hot air balloon a controlled crash, literally.

Having said that, I do concede it’s one experience everyone should have at least once.

If nothing else, in October you can celebrate National Pizza Month, Cookie Month, Applejack Month, Dessert Month, Pasta Month, and Seafood Month.

Digressing here, I saw that Rolling Stone magazine has recalculated their list of the Top 500 all-time greatest songs. Their top 10 is vastly different but is sure to instigate unending arguments.

They’ve got Aretha Franklin’s cover of the Otis Redding song Respect as the best song ever recorded. That’s followed by Public Enemy’s rap record Fight The Power, Sam Cooke’s A Change Is Gonna Come, Bob Dylan’s Like A Rolling Stone, and Smells Like Teen Spirit by Nirvana to round out the top five.

In the bottom half of their top 10 are What’s Going On by Marvin Gaye, Strawberry Fields Forever by The Beatles, and Dreams by Fleetwood Mac. There are also two others that may show me so out-of-touch that  I have no clue what they sound like: Get Ur Freak On by Missy Elliott and Hey Ya! By Outkast.

OK, fair enough, it’s their magazine and all, but they could’ve at least snuck in a little Creedence in the top 10. 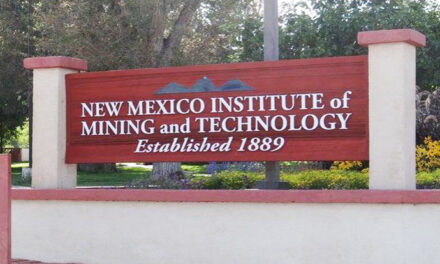 Protecting health, well being of the campus and our greater community