Home » Opinion » Columns » The joy of missing out

The joy of missing out

Plato once said the unexamined life is not worth living, so after carefully examining mine, I’ve decided I have become totally out of touch, so I’m gonna’ quit being a baby boomer and sign up with the Millennials. I hear that they have it pretty good, hanging out in coffee shops all day, playing Xbox games, living with their parents, and eating pizza.

I know that’s what they all do because I read it on the internet, the virtual vending machine of all human knowledge. Or so they say.

But before I try my hand at Millennialism I have to understand what they’re talking about. First of all you have to be internet savvy. The internet is their turf. The internet came of age just when they were coming of age and they’ve come up with an ever-increasing string of new words and shorthand such as BAE (Before Anyone Else) and BFF (Best Friend Forever).

I know, I know, it’s only been a year or so since I brought this up, but in that time there’s a whole new batch of slang stuff that you need to know to fit in. There’s 2mr (tomorrow), HIFW (How I Felt When) and PMHT (Pardon My HashTag). Oh, and I like this one: YMMV (Your Mileage May Vary).

It seems each generation feels the need to create its own language, give old words new meanings, and generally make it difficult for the previous generation to know what they’re saying. Like a secret code to keep us parents in the dark.

Especially us fathers. I mean, it’s a well-known fact that mothers have eyes in the back of their heads, YKR (You Know Right)? But we fathers tend to be a little befuddled when it comes to catching on to new things. We like regularity and constancy, MIRL (Me In Real Life).

I think I’m getting the hang of this internet valley girl talk, JSYK (Just So You Know).

To be fair to Millennials, previous generations, those pre-internet Generation X-ers and Baby Boomers came up with some words and phrases of their own which today sound old fashioned, or in today’s phraseology, “old school.” First, it’s our words. Millennials must have all new ones. I’m not talking about Esperanto.

That being said, there are those trendy phrases and terms that stick around. If you watch movies, from say, the 1930s, you can catch dialogue containing popular slang of the day, which have remained with us for almost 100 years. How about these: booze, weed, babe, grifter, kibosh, shake a leg, and “yo!” They’ve been with us since the 1930s.

On the other hand, sock it to me, outtasight, right on, cats and chicks, rap session, neat-o, bag, dig it, boogie… I don’t think I’ve heard anybody work those phrases into a sentence recently.

I’ve talked before about FOMO, the “Fear Of Missing Out,” But for many, the last 16 months or so have been great for those who embrace JOMO “Joy Of Missing Out.” With movies, food, booze and zoom meet-ups available almost instantly, fans of JOMO have struggled less during the pandemic simply because they like missing out.

I don’t know about you, but sometimes I don’t care what the latest “thing” is, I look forward to a JOMO day.

The first full day of summer was Monday and I hope everyone celebrated in some shape, form or fashion. I’m not sure what that would’ve been. Something sun-related.

As for me, inspired by Cathy Cook’s summer song suggestions a few weeks ago, last Sunday I put together my own mixtape of favorite go-to summer songs. Mixtape? WTH? That’s a term that died with the advent of streaming music, but I can’t relegate it to the cassette dustbin yet.

Anyway, so far I’ve added Sly and the Family Stone’s Hot Fun in the Summertime, Summer Breeze by Seals and Crofts, Summer in the City from The Lovin’ Spoonful, Chad and Jeremy’s Summer Song and Frank Sinatra’s Summer Wind (although Willie Nelson’s version would suffice). And then there’s the crème de la crème of summer songs, In the Summertime, Mungo Jerry’s memorial to goofing off:

When the weather’s fine

We go fishin’ or go swimmin’ in the sea

Then there are peripherally appropriate songs which – while not necessarily mentioning the season – are fun to hear this time of year.

Mas Que Nada by Sergio Mendes and Brasil ’66, Good Vibrations by The Beach Boys, Vacation by The Go Gos, Lovely Day by Bill Withers, Sunny Afternoon by The Kinks, The Beatles’ Penny Lane, Dancing in the Street from Martha and the Vandellas (The Mamas and The Papas version would suffice) and the silly Blisters in the Sun by The Violent Femmes.

In the meantime, I’ve decided to cancel my honorary Millennial membership. I’m enjoying JOMO too much. 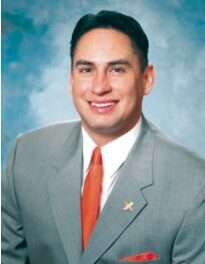