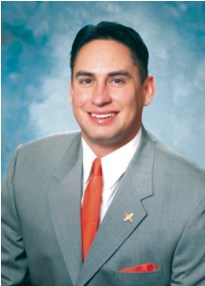 On July 1, New Mexico will officially launch the Early Childhood Education and Care Department, becoming one of just four states across the country with a cabinet-level early childhood agency.

It’s amazing to see how quickly this idea has come to fruition.

In 2017, after reflecting on my own experiences as a classroom teacher – and after learning from mentors and education leaders throughout southwestern New Mexico – I sponsored a bill in the State Senate to create an Early Childhood Services Department.

I did so because I knew that our state’s children deserve better; each year, New Mexico hovers among the worst states in the country for child poverty and child wellbeing.

I also knew that those rankings don’t reflect the love and care we have for our children. They do, however, say something about how our state’s early childhood system is organized – and how it could improve.

Right now, many of the programs that serve our youngest children and their families – everything from prenatal home visiting services to health and nutrition support to child care and pre-K – are scattered across different state agencies. I knew that if we could align these programs under a single agency, we could coordinate their work more effectively – and help families navigate and take advantage of these services more easily.

I also knew that by establishing a cabinet-level agency for early childhood, we’d ensure that our little ones had a bigger seat at the table when it came to state policymaking. After all, public education and higher education have their own agencies – and early childhood should as well.

When I introduced legislation to establish this new department, I wasn’t doing it alone. Instead, I was building on decades of advocacy work by providers, educators, parents, and concerned New Mexicans who knew that creating a better future for our kids is entirely within our power.

In 2017, my bill didn’t pass. But a year later, Gov. Lujan Grisham and I found ourselves elected to statewide office – and thanks to her commitment, as well as the leadership of Sen. Michael Padilla, Rep. Linda Trujillo, and numerous advocates and early childhood professionals dedicated to this cause, we passed Senate Bill 22 and established the Early Childhood Education and Care Department. Then, earlier this year, we created the Early Childhood Trust Fund – to put our children’s future on even firmer footing.

Of course, I know that a new organizational structure alone won’t address all of our challenges. Our state still faces major obstacles, including the ongoing COVID-19 pandemic.

That said, there is hope. In the space of just a few short years, we have taken an idea and turned it into reality – and leaders from both parties have come together repeatedly to signal their commitment to a better future for our youngest children.

We also have a fantastic team at the helm of ECECD, including Cabinet Secretary Elizabeth Groginsky, Assistant Secretary for Native American Early Education and Care Jovanna Archuleta, and a group of seasoned New Mexico early childhood professionals. Since their first days on the job, they have been working all-out – and crucially, they’ve been reaching out and soliciting input from every corner of the state to see how the new department can meet families’ and communities’ needs. With that all-together-New-Mexico spirit, I see good things ahead. 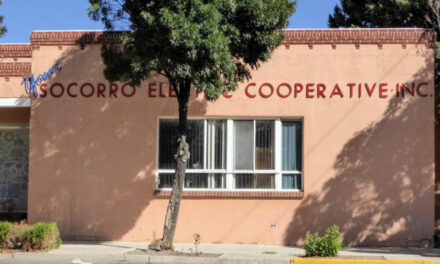