In December of 2019, I was photographing the Stu Clark Boys Basketball Tournament as all four teams that I covered for the Las Vegas Optic were participating in it.

Before one of the games, I noticed that one of the referees was doing a lot of gesturing and asked my friend if he is Deaf.

I then went over to him and began signing. His face immediately lit up.

Since that day, anytime Ronnie was a referee at a game I was at we would always sign to each other.

Anytime when I arrived at a game before he did, his face would light up when he walked in and saw me sitting there. He would walk right over to me and start signing.

Sign language is a very important language to know as it can be used in so many different situations.

My parents taught me a few random signs when I was a baby due to my speech problems. They say they taught me some very useful ones, but all I remember them teaching me when I was little was “more cookies.” But did I really need to know any other signs?

It’s not like my grandpa only fed me cookies, donuts and ice cream and had me wash it down with some Coca-Cola. So knowing “more cookies” was definitely the most helpful.

When I was in third grade, I taught myself the alphabet in sign language as it was in one of my Girl Scout handbooks. I remember sitting in my bedroom and signing the alphabet over and over until I had it memorized.

Once I knew the alphabet, I taught myself numbers one through nine. I learned in sixth grade that I learned six through nine backwards, but at least I tried to learn.

Learning the alphabet proved to be very helpful as in fourth grade we had a Deaf student in our class. My friends and I all became friends with her and relied on her interpreter to communicate.

They both taught us a few signs that year to help make communicating with her a little easier. She then transferred to the Rochester School of the Deaf (RSD).

Due to Rochester having the biggest deaf or hard of hearing population in the United States, all of the local school districts offer sign language as one of the languages students can take to receive language credit.

I started taking sign language class in seventh grade and had a teacher, TW, who is Deaf.

My friends and I sat next to her interpreter, which helped a significant amount.

I spent many lunches in her classroom to better my sign skills. I would also stay after school to receive more help, practice signing and to learn other signs that weren’t being taught in class.

Having a Deaf teacher the first year learning the language proved to be very helpful as it forced my class to use the language as that was the only way we could communicate with her. She tried to get us to not use her interpreter as much as possible so we would have more experience with the language.

She then moved away to take a job at a school for the Deaf and for the rest of the time learning the language, I had hearing teachers.

We had another Deaf student in our class in eighth grade who after a year went to RSD. His younger brother stayed in mainstream school.

I took sign language for four years in school and then for another year in college.

During ASL 1 in college, I was more of a tutor than a student in the class as everyone relied on me for help. I made everyone nervous the first day of class when the professor asked if anyone had taken sign language before. I raised my hand and was told to say my name and how much sign language I know. Well… because I’m used to not being allowed to use my voice in sign language classes, I automatically started signing. The look on everyone’s face was priceless.

Sign language really is something that everyone should have a basic understanding of and at least know the alphabet.

Knowing basic sign language can be helpful in a magnitude of situations, such as in an emergency. First responders can use sign language to help people through an emergency if it’s a situation where talking isn’t possible or if the person they are responding to is deaf or hard of hearing.

Sign language can be used when talking is impossible — such as during a shooting, a robbery, in a loud place, underwater and so much more.

People can use it to talk across the room so they don’t disrupt others or to have their own conversation while others around them are talking.

It can be used for kids who have speech problems, who have autism or need a different way besides talking to have a voice. Most importantly, it can be used to include a group of people who are normally left out.

Deaf people normally rely on hand-writing a conversation, using gestures, lip reading or having to text. Those methods take much longer to have a conversation and things can get lost or misinterpreted.

People who are deaf are incredibly appreciative of someone who tries to use sign language. Even if it’s only finger-spelling or it takes someone a little while to sign, they enjoy seeing someone trying to use and learning their language.

Using sign language to communicate with someone who is Deaf normally leaves a positive impact on the rest of their day and makes them smile.

Your vote shapes our judiciary 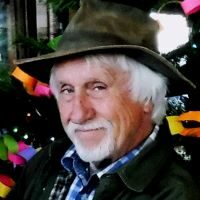 Faux tamales are showing my age