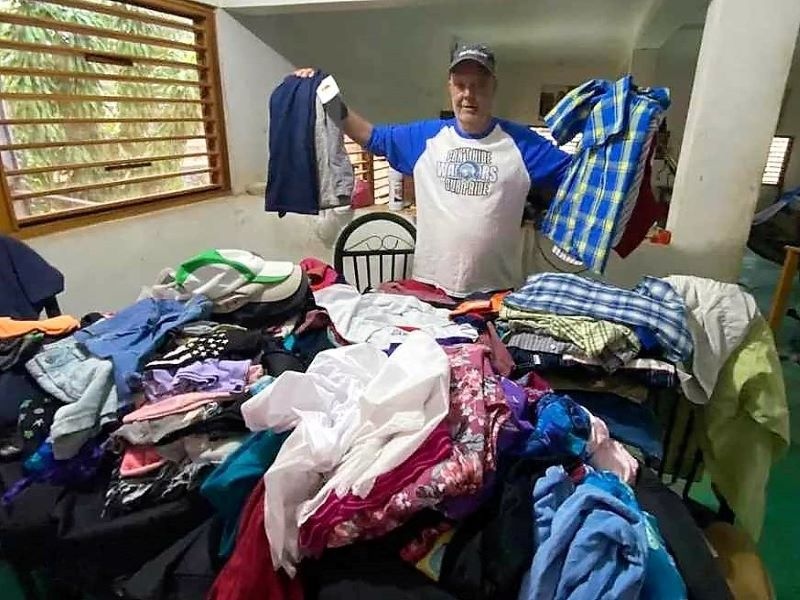 Tim Bachman admires the enormous clothing donation that was delivered to him in Mexico. Forget Me Not Thrift Store Owner Roxann Scott sent him three duffel bags of clothes.
Photos courtesy of Tim Bachman

A Socorro native and his friends are making sure clothing donations get to those who need them, even as far away as Yalcobá, Mexico.

Forget Me Not Thrift Store Owner Roxann Scott sent three duffel bags of clothes to Tim Bachman to distribute to the children of his friends and neighbors in Yalcobá. Bachman is a Socorro native, who relocated to the Mayan village when he retired because of the affordable cost of living. 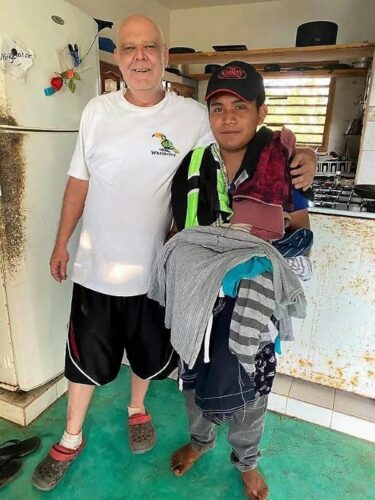 Bachman delivers clothes to one of the boys in his village. Bachman said the kids he distributed the clothes to were happy to have them.

“It’s a lot like living in the 70s and 80s. The kids still play marbles and checkers in the plaza and it’s just real peaceful, although the internet and all that is here. It’s funny, you’ll see kids playing marbles but they’ll also have their cellphone and be watching videos. So it’s a bit of both worlds,” said Bachman.

Whenever Socorro friends come to visit, he encourages them to bring clothing donations.

“It’s a small village and everybody knows everybody. A lot of the kids are really poor and it just does my heart good to see the kids get a couple of t-shirts or even a couple of new socks,” said Bachman.

“They’ve made a bunch of kids happy and they’ve made a lot of moms and dads smile that can’t afford nice clothes for their kids. They get to have a nice shirt for fiesta. It just does the heart good,” said Bachman.

Scott said her thrift shop is focused on giving back and she’s proud to keep prices affordable and to donate clothes to anyone in need.

“That’s part of my thing here, is to help anyone in the community that needs help, as well as veterans,” she said.

Scott plans to send more bags of clothes as often as she can find someone to take them.

“Tim does his thing through a labor of love and I did it for Tim because it’s what’s needed,” said Scott.

Bachman teaches English to kids to help them find work. Bachman said he loves Socorro and misses the desert, but has no plans to leave his sheep ranch in the jungle. 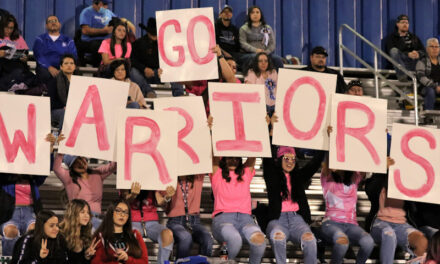