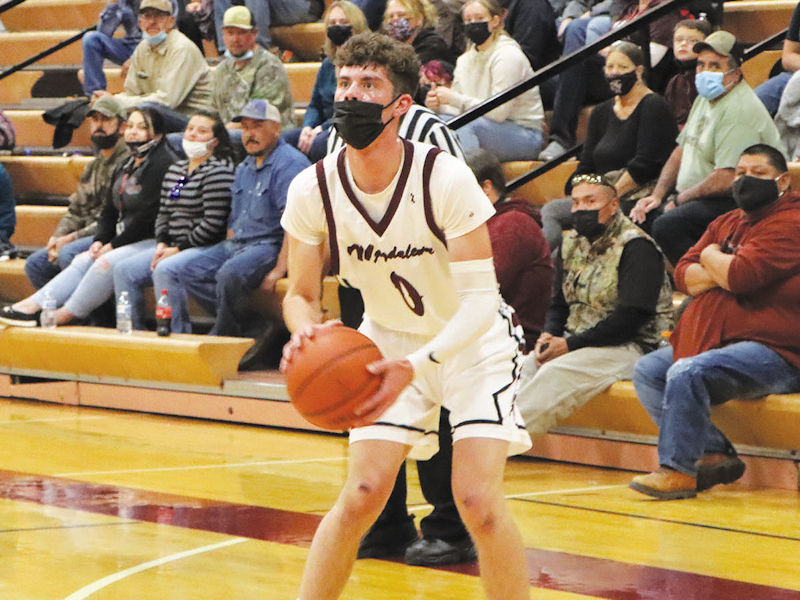 There were many great competitors over this past season. El Defensor Chieftain asked coaches and athletic directors around the county who were some of the top athletes of the 2021 school year.

Duda Jackson is a senior multi-sport athlete for the Socorro Warriors. Coming off an abbreviated 2020-21 season, Jackson averaged a team high 13.5 points for the basketball team during the COVID semester taking place at the end of his junior year. “The moment you give up is the moment you let someone else win,” is Jackson’s mentality. The team enters 2022 at 6-1 during the early season.

Joren Mirabal (pictured above) is the latest in a long line of outstanding basketball players for the Magdalena Steers that carries the Mirabal name. Part of the 2021 state championship team, Joren is best known for his skills from the three point marker. “2021 was an unforgettable sports year. We brought two state championships to our school and I will never forget the memories from that. I’m very excited to see what is in store for us in 2022,” he said. Mirabal is a team captain in his senior year. The Steers remain undefeated.

Taelene Fowler has been a Lady Warriors volleyball star for several years. During her senior year, Fowler helped lead her teammates to a 20-6 record and undefeated 3A District play stat sheet in 2021. “Being nominated as a top athlete is such an honor. It reflects from the coaching to practice to games all the work that goes in. I had a great group of teammates that I got the chance to play with. Coming from a small town, sports is all we have. I want to say thank you for all of the coaches that nominated me for this.” Fowler goes out with a 3.0 K/S percentage during her final season. 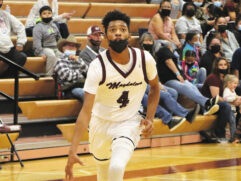 D’Shaun Vinyard is a dunker extraordinaire. Since his 2020 sophomore year, Vinyard has not lost a regular season game while playing for Magdalena. The junior baller is currently ranked #10 in the state with points, rebounds, blocks and assists per game, far higher than the Class A national average. “Being nominated as a top athlete is humbling. It is also a reminder that I have to keep working hard and continue to improve my game. Without my family and my team I would not be where I am today. They are the backbone and support that, not only in basketball but in life, has made me who I am.” 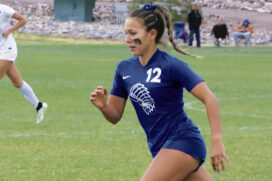 Elise Madril is a senior Lady Warriors soccer player who is heading to play for the New Mexico State Aggies next year. She was part of a Socorro team that never lost more than four games since her freshman season. Her biggest individual stat was in overall points at 88 with the national average being at 21 according to MaxPreps. “When I look back on 2021, it was a big year for me. I really tried to step up as a leader on and off the field. I had a rough three years and now being able to help the other seniors lead the younger girls was very special. It’s great to be nominated by other coaches and I am so happy being a part of this great group.” 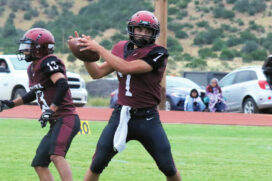 Josh Baca is a multi-talented athlete on the football field. Previously a skills position player, he fell into playing quarterback for the Steers during the 2021 season. Baca also plays starting guard for the varsity basketball team and even steps in as a referee during junior high games. “This is unexpected to have my name thrown in this list with other great players,” he said. “I don’t feel like I should be on this list, but it is exciting to be a part of such amazing company. Our school has accomplished so much and going forward I just hope that we keep on winning.” While points per game average are not Baca’s strength on the floor, his 5.2 assists per game far exceed the national average. 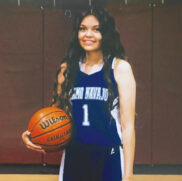 Hailey Apachito is a junior multisport athlete for the Alamo Navajo Lady Cougars. She was selected all district team as well as awarded a Navajo Nation All Star with her efforts in basketball, volleyball, cross country and track. “It was tough and also kind of scary early on. But we’re starting to come together as athletes and friends right now, which is what we need to do going forward.” 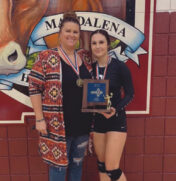 Kenzie Silva is a senior team leader on and off the court for the Magdalena Lady Steers volleyball and basketball squads. She has been with the teams since 2017 and has been awarded multiple tournaments trophies. Her best statistic is in serving, putting up a 12.5 Ace percentage in 2021. “I am very grateful to have this opportunity and to have the amazing coaches around me. I also had a group of amazing teammates out there with me.” 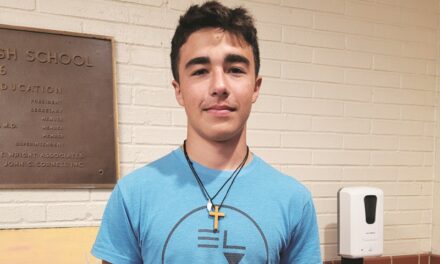 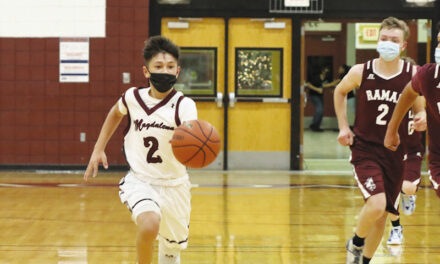 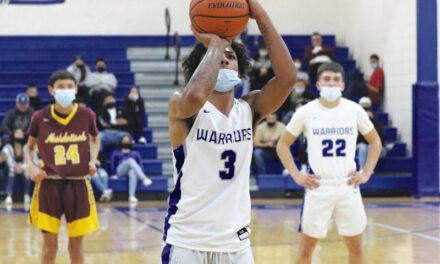 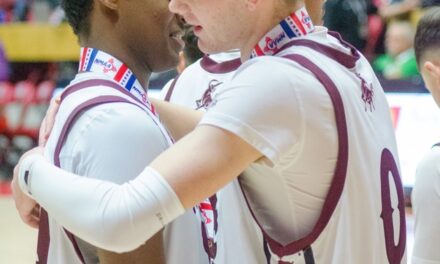