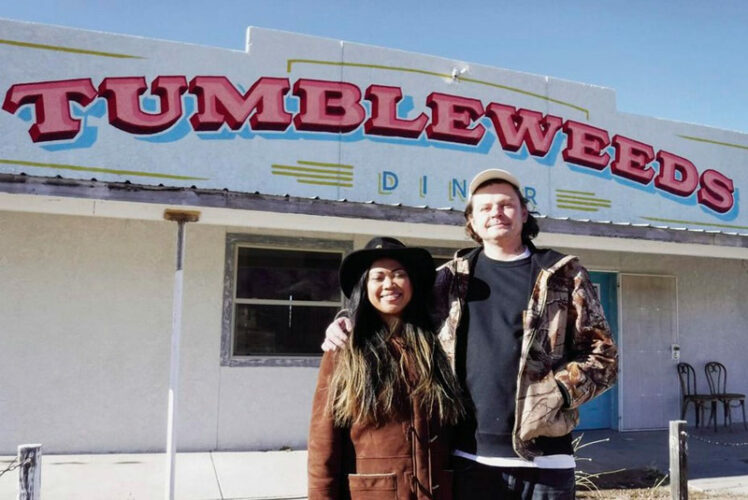 Those driving Highway 60 into Magdalena from the west in the last several weeks have noticed a flurry of activity in and around a building that has been vacant for well over a dozen years. It’s the transformation of the former Big Bear restaurant into the Tumbleweeds Diner.

As the name implies, the restaurant will feature New Mexican cuisine, as well as offering cuisine from different countries and cultures.

Owners Osiris Navarro, originally from The Philippines and Michal Goila, who hails from the Czech Republic will be offering cuisine to please all palates. Besides New Mexico favorites such as green chile burgers, enchiladas, rotisserie chicken, et al. they will eventually be hosting monthly “pop up” events featuring food from all over the world.

Osiris and Michal came to Magdalena from Seattle, where they ran a catering business called Gola’s Kitchen. Their migration from the Great Northwest to Socorro County took root one year ago this month.

“One of my best friends lives here. I came to visit her in January and we just fell in love with the place,” Osiris said. “We could see ourselves living in a small town. City life was so stressful. We just wanted a change of scenery.”

She said after the January visit, the notion of moving out of the big city took hold.

“In February COVID hit and all of our Seattle catering orders were canceled,” she said. “So we kind of had to think quickly on what we had to do.”

With their busy season over, they decided to consider a move and invest in a diner of their own, something they’d been dreaming about.

“We pretty much just took our money and … here we are,” Osiris said. “When we first came here in January we passed by this building and thought it would be so cool if we could one day open a diner.”

They called a local realtor to enquire about the place. It wasn’t long before they secured the diner and also found a house. They became permanent residents in July.

“We were able to afford things here,” she said. “Here, our operating costs are so much lower than in Seattle.”

Not only that, but Osiris and Michal were drawn by the New Mexico climate.

“It’s always sunny, which is nice. I love the weather,” she said. “People have been really friendly. We integrated quite easily and made a lot of new friends. Your neighbors are always willing to help you if you need anything. You don’t get that in a city.”

Back in Seattle, at the beginning of 2020, all of their business was in events through their catering service called Gola’s Kitchen.

“In Seattle, we’d catered big events, weddings, galas, film productions, and so on. We did a lot of global food, too. Filipino food, Mediterranean, Thai food, and we did a lot of braising boards,” Osiris said. “Here, we will feature a menu that is both familiar to the locals and exciting for visitors, comforting and fresh. We will start relatively small featuring only entrees and the rotisserie menu and sides, but will slowly add on more weekly specials as we get busier and COVID restrictions are lifted.

“Think Italy and pasta, Spain and paella with tapas, Japan and ramen, Philippines and seafood, Czech Republic and roasted duck,” she said.

Upgrading the former Big Bear has delayed their planned opening by a handful of weeks.

“It has taken us longer than anticipated,” Osiris said. “We want to make sure the interior of Tumbleweeds honors the people, history, and different cultures of Magdalena equally. We will fill the walls with southwest artwork, antiques, and artifacts that represent the beautiful state of New Mexico.”

The current decor already features some taxidermy and art by Navajo artists, including work by local artist Eddie Tsosie.

Tumbleweeds Diner will initially only be offering take-out, “but since we are on two acres off Highway 60 we’ll invite folks to picnic and tailgate on the property overlooking the sweeping views.”

“We are so close. We are aiming to open in February,” Osiris said. 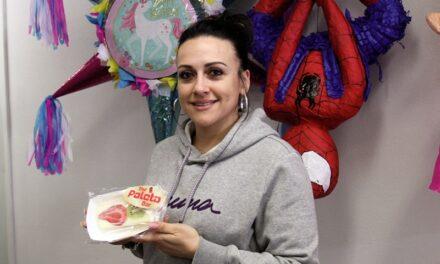 Business is sweet for local entrepreneur 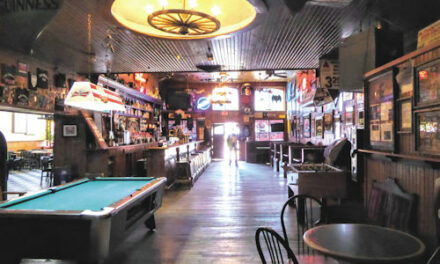 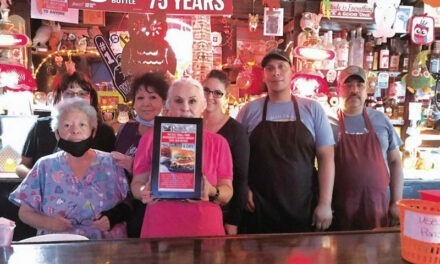