Home » News » Volunteers build a new trail at the Box 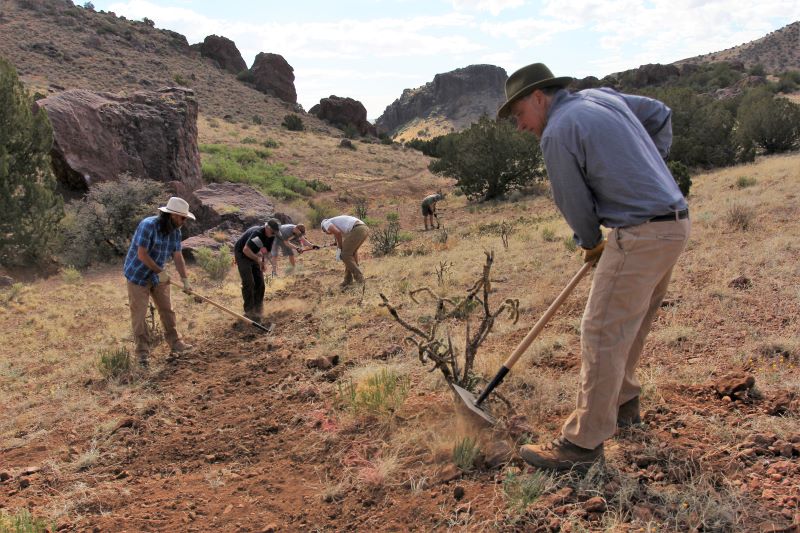 A new hiking and biking trail stretches through Box Canyon, meandering past popular bouldering spots and cacti whose yellow blossoms are just beginning to open.

Box Canyon is five miles west of Socorro and managed by the Bureau of Land Management. Over 30 volunteers, many of them hikers, climbers, and mountain bikers participated on three different workdays in April and May to construct the new trail.

“These folks out here are volunteers from local user groups and they’re putting stewardship into action and having the local user groups invested in the areas that they use helps to keep these areas open and beautiful, and as a BLM employee it’s my pleasure to be a part of it,” said Mike Comiskey, outdoor recreation planner with the Bureau of Land Management. 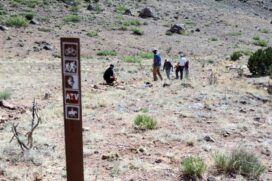 The trail was previously a ‘social trail,’ said volunteer Craig Walker, in a spot where many climbers came out to boulder on the nearby rocks. The long-term goal is to continue the trail so that it reaches the Socorro Sports and Rodeo Complex, he said.

Volunteer John Leeper with Socorro Striders and Riders said he can envision a half marathon being held on the completed trail. The trail is part of a system of trails under development in the area, including a trail up to San Lorenzo Canyon and Escondida Lake, said Leeper.

“It will be a neat asset that’s springing up in front of our eyes. You see the before and after pictures and it’s just wow. You don’t see it when you’re looking at the ground shoveling inch by inch, but when you have a crew, and there’s been some good crowds out here, a lot gets done,” said Leeper.

“I’m just out here to pay it back since we use a lot of trails and a lot of times you wonder who put them together, and so it’s nice to be part of putting one out on public usage,” said volunteer Ephraim Ford. 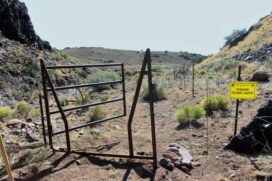 The trail needed to be multi-use and ensure that everyone, including ranchers, could continue to use the land. So, a horse gate was installed along the path. A group of 10 volunteers worked on the gate for an entire morning, said Dave Burleigh, faculty advisor for the Mountain Bike Club. The group had to carry the steel gate along the half-finished trail, along with concrete mix and water so that it could be securely installed.

The hiking trail already sports a few mountain bike tracks and has been added to the Grand Enchantment Trail map, a hiking path from Phoenix, Arizona, to Albuquerque.

The new trail will face its first big test in the summer monsoon season.

“If you’re not careful, the trail becomes an arroyo,” said Burleigh.

Along with accounting for drainage, trail building also has to account for the human capacity for boredom. Trails can’t have too many turns or people will lose interest, but the path needs some turns to prevent it from becoming too steep, said Burleigh. The path also should go past the spots people are interested in going to, so they aren’t tempted to carve their own trail. All the work is well worth it though.

“They’re really hoping this trail will be here 80 years from now,” said Burleigh. 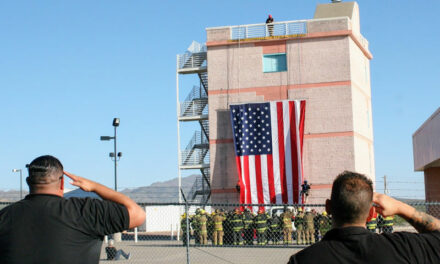 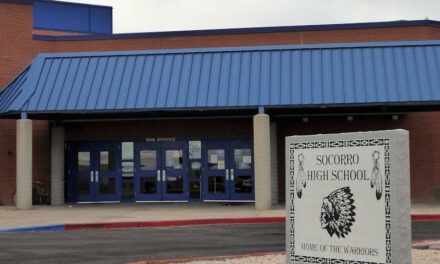