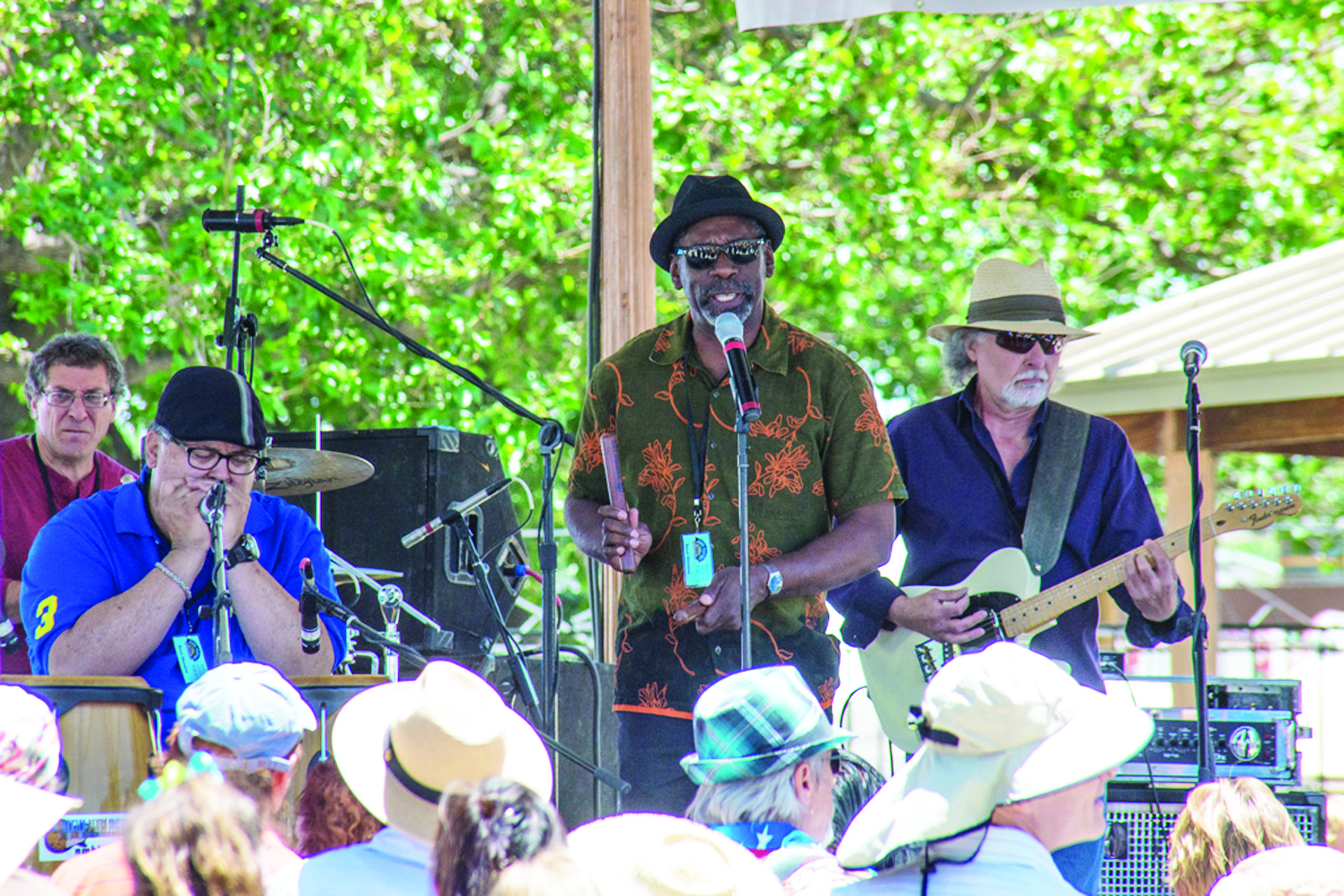 Blue Monday is one of the groups that will be performing on Feb. 27 during PAS’ Socorro Sessions Mardi Gras Music Fest.
Photo courtesy PAS

Socorro Sessions Social Distance Music Fests are drive-in-style “pop up” concerts were launched by PAS director Ronna Kalish to offset the pandemic’s isolation. The concerts take place in the Macey Center Parking Lot and attendees can RSVP to pas@nmt.edu for a parking space for up to five people.

The concert is also live-streamed through on nmt.edu/pas, the PAS Facebook page, YouTube and Twitch. There is no cost or sign-up required but a tip jar is available to help offset expenses.

“If you RSVP in time to get a parking space, Cubish food truck, offering a menu of international fare will be onsite, where you can text your order and have it delivered to your car,” Kalish said.

The afternoon begins with Blue Monday.

For nearly a decade, Blue Monday played to a packed house at Manny’s Buckhorn in San Antonio. What began as a duo with the restauranteur/famed chef Bobby Olguin and guitarist Tom Romancik, quickly grew in musicians – and in popularity – playing only on Mondays.

Jim Ruff on bass and Gene Cole on percussion and vocals were early recruits, while the guitarist, saxophonist, and rhythm positions went through several changes through the years. 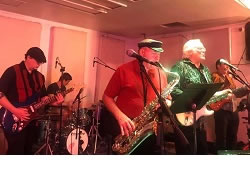 Next up, Tom Fenton’s Rio Grand Voodoo Band. Tom Fenton is a recent recruit to this area but already has become known for his high-energy music, enthusiasm and smile. A singer, songwriter, music educator and award-winning guitarist, Fenton splits his time between Socorro County and Buffalo, New York, where he is renowned as the leader of veteran rock recording act The Fibs and long-running reggae band the Dreadbeats.

He and wife Joanna perform frequently as an acoustic duo.

Tom says he’s passionate about the music – and the food – of New Orleans and is looking forward to bringing the sounds of the “City That Care Forgot” to the Land of Enchantment. His enthusiasm led him to recruit, in his words, “some great local players to share these irresistible songs with this region.”

“This evening of great music from Louisiana includes a high-energy mix of R&B pioneers, second-line funk, zydeco and, of course, a little Dixieland,” he said.

Not surprisingly, among those he recruited is always-ready-to-play Jim Ruff on bass and vocals. Sax magician Tom Hunt, ala Blue Monday, is also on board, as is drummer Pierce Mayadag, Ben Thomas on guitar and vocals, and Martha Cast Cather on accordion to round out the group.

The band’s name, Rio Grand Voodoo Band, is obviously a combination of New Mexico and New Orleans but Tom notes he calls it grand not grande because he was told that Rio Grande is only pronounced grahn-day, “and I want it to rhyme.”

No matter how you pronounce it, this afternoon’s mix of music by an absolutely incredible mix of talent that will put a good spell on you, enchanting enough to take those blues away. Laissez les bontemps rouler! May the Good Times Roll! 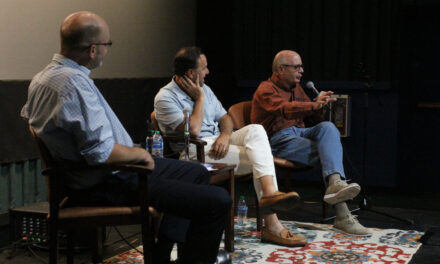 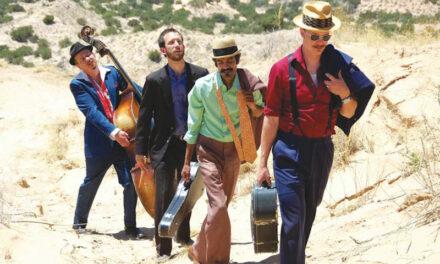 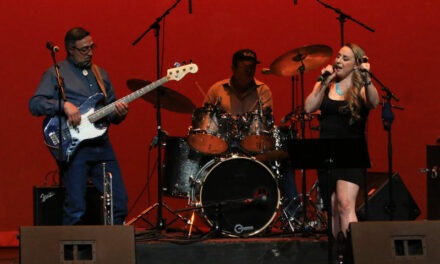