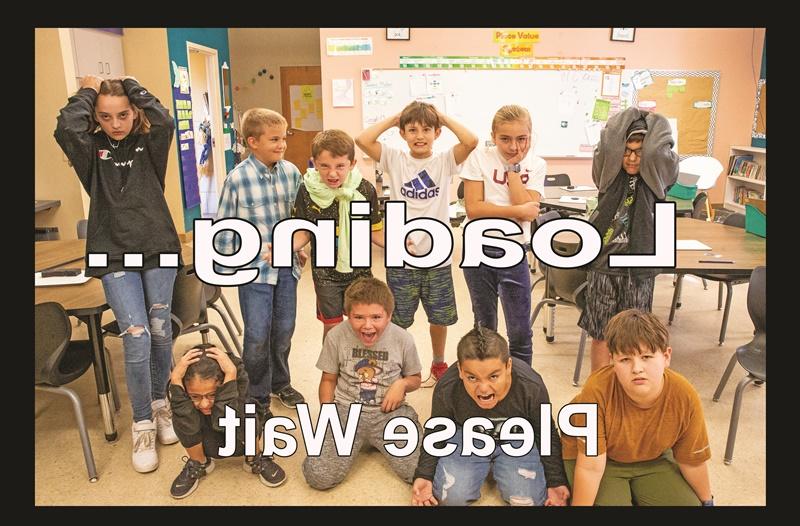 Internet service is slow in much of Socorro County, including at schools like Midway El￾ementary, shown here. Western New Mexico Communications is looking to change that.
Russell Huffman | El Defensor Chieftain

Western New Mexico Communications is moving forward on its plan to construct a building on Enterprise Road in Socorro.

WNM, the telephone and internet service provider out of Silver City, provides internet and telephone service to more than a dozen New Mexico communities, and according to General Manager Daniel Meszler, the hub will be able to connect WNM with other small internet providers in New Mexico.

“Socorro is centrally located,” Meszler said. “It’s right there on the I-25 corridor. It’s where our main backbone fiber comes into Socorro where we’re able to meet up with other companies.”

He said WNM is one of the members of the newly formed New Mexico Fiber Network, which is basically a partnership of small companies to provide a greater network across the state.

“The aim is to bolster durability so that we can offer higher speeds in areas by connecting with the New Mexico Fiber Network,” he said. “And then also expanding to new customers, so we are looking at doing some good wireless stuff around Socorro County.”

The aim of the 11 independent phone and internet companies in NM Fiber Network is to concentrate on offering high-speed fiber-optic backbone capabilities to owners and other telecommunications providers and direct business customers such as hospitals, schools and government agencies, and, hopefully, lower rates for consumers.

Meszler, who is on the executive board of the NM Fiber Network, said the idea is to allow the middle mile networks — which connect local networks to other providers — of each business to interconnect with one another, strengthening the broadband connection across the state.

In addition, the NM Fiber Network has partnered with INDATEL, a nationwide network connecting more than 700 independent telecom providers, to give them access to national circuits.

“Obviously for us, the goal is to help us with the connectivity with the outside world,” Meszler said. “We don’t want to be dependent on the big guys, that have traditionally done all that long haul fiber.  So, WNM putting a central office building — a hub — in Socorro kind of plays into all those plans.”

He said the pandemic has brought to the forefront the need for vastly improved internet service.

“The big thing that COVID did was it pushed people to try to work from home and remote schooling from home,” he said.

“It brought the need for broadband to the forefront. I think before people said, ‘oh yeah, it’s nice to have internet,’ but going through COVID everybody realized how important it really is, which is great for our industry because it did open up a lot of eyes as far as the need for additional funding, as well.”

“We’re looking at various forms of funding that are being made available because of COVID, basically, which includes some federal grants and state grants to help bolster our broadband capabilities,” Meszler said. “That would be for a combination of fiber and/or fixed wireless, depending on the location, what we can do, and the cost to serve.”

Fixed wireless is the typical form of internet deployed in mainly rural areas with no fiber internet infrastructure.

“I can’t promise that one area is going to have fiber in one area and fixed wireless in another.”

Meszler said WNM is in the process of working with Socorro schools to connect the last two schools in the county that currently don’t have fiber.

“We’re building fiber to the schools north and south of Socorro; Midway and San Antonio,” he said.  “And that’s going to be brought in through our facilities.”

“In our territory now, there’s DSL. DSL is not necessarily bad but it is an older technology,” he said. “Right now the requirement from the state is that you have to have a voice line with the broadband. If we allow you to disconnect the voice line and keep the broadband then the state reduces our funding.”

WNM’s traditional territory in the county starts between Socorro and Magdalena.

“Just on the back side of ‘M’ Mountain,” he said. “Most of our territory is very rural, anywhere between three and five square miles per customer. So obviously very, very costly to serve.”

“We have fiber to the school there, and fiber to the Chapter House,” he said. “We have a proposal in with them for additional stuff there, as well.

“I can’t make promises that anything is going to happen overnight, but we are working on multiple solutions throughout our territory to increase speed,” he said. “Along with that is permitting and that takes time, sometimes upwards of over a year, especially when environmental factors in the national forests are concerned, as well as along the I-25 corridor because of the Rio Grande.”

Otherwise, Meszler confirmed that WNM will not provide service within the city limits of Socorro.

“We’re not looking at building fiber on top of TDS’s internet. I’ve talked to the mayor about that,” he said. “You know, he’s supporting TDS internet and it doesn’t make sense to use funding to build over the top of somebody else. It doesn’t make sense for us to spend money to do the same thing there when there are other areas that aren’t being served. We’re focusing more on the people that are unserved or under-served now.”

Meszler said groundbreaking for the new building is slated for the next few months.

“It can be referred to as a hub, but in telecommunication terms, is actually called a central office,” Meszler said. “But it’s not an office building; it’s an all-concrete building with no windows. They’re designed to be tornado proof and earthquake proof.”

The small telecommunications cinder block building is meant “to house routers and switches and equipment needed for fiber.

“We’ll probably start looking at groundwork and get all the prep work done, and I’m hoping maybe the beginning of the year or shortly afterward,” he said. “By the end of the first quarter, we’ll have the building in place.” 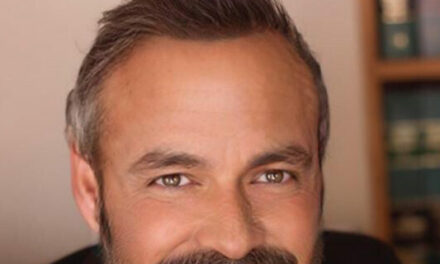